Skip to content
Opinion • World  »   50 Shades of A-theism: A Compendium of Discrimination Against Atheists

It may seem hyperbolic to describe atheists as an oppressed minority from the standpoint of living in a Western secular liberal democracy. However, from a global perspective, and even in developed countries that purportedly cherish freedom of belief, atheists face endemic and systemic legal and cultural discrimination, even to the point of death based on their beliefs. The main, real bastions for the non-religious in the world, especially atheists, are China and Western Europe.

That is, from the standpoint of the average citizen living a decent life in Western Europe and (to a lesser extent) North America, the idea that atheists are an oppressed minority may seem outlandish. The claim can seem odd at face-value true because atheists in numerous countries in these regions of the world experience tremendous freedom from a historical perspective. This can be used positively or negatively. But that’s what freedom means. It may entail responsibilities, but people should be free to live up to this or not.

However, the freedom of religion in the sense that the state does not actively impose particular beliefs does not necessarily translate to societal tolerance and respect. In the United States, for example, atheists are widely mistrusted and viewed as inherently immoral. There are Gallup, and other polls and studies, indicating that atheists are the most negatively viewed demographic, and particularly unsuited for public office.

The perception that being an atheist means being ‘un-American’ appears to be difficult to combat. Take, for instance, President Barack Obama and Hillary Clinton’s rival to be the 2016 Democratic candidate for the presidency of the United States, Bernie Sanders. The mere suggestions or rumours that they were atheists forced explicit and pronounced public denials. It’s not that they are, or are not, atheists. It’s the public resentment, fear, and loathing (in America, not just Las Vegas) for those that might have explicitly irreligious and atheistic beliefs. There are currently no (open) atheists in Congress.

Similarly, ad hominem criticisms of a public figure’s character are often framed in terms of their purported irreligiosity. Hillary Clinton, right now, has been criticised for not attending an art event. And, as a result, has been accused of being a devil worshipper who performs Satanic rituals. Whilst this is an extreme example, it captures the extent to which irreligiosity is used as a proxy for any purported failure of character, real or imagined.

Tragically for a country explicitly founded on freedom of religion, legal discrimination against atheists still exists in many states. Seven US states continue to technically prohibit atheists from holding political office, in spite of this being in violation of the first amendment and article VI of the constitution.

Whilst Europe is comparatively more liberal, it is hardly a beacon of enlightenment either. Discrimination against non-belief and restrictions on criticising religion are prevalent. The IHEU’s 2013 Freedom of Thought report, which analysed the rights and treatment of the non-religious around the world rated no European country other than Kosovo, Netherlands, and Belgium as “free and equal”. Switzerland, the UK, and Sweden experience “systemic discrimination”, whilst Greece, Denmark, and Germany experience “severe discrimination”.

There are laws prohibiting blasphemy in Greece, Austria (de facto), Denmark, Poland, Ireland (de facto) and Germany. And it was only very recently that they were repealed in countries including Iceland (2015), Malta (2016), and The Netherlands (2013).

Across the rest of the world, the picture is even worse. Preferential treatment of the religious in Latin America is endemic, particularly due to the Catholic Church’s continued influence and control of education (which is more honestly called religious indoctrination).

The most extreme persecution exists in Middle Eastern and North African countries, where, out of 20 countries, apostasy is illegal in 14. This is particularly striking given the growing numbers of non-believers across Muslim-majority countries, meaning that millions of people are affected and threatened by such laws.

Worse, in a total of 13 countries, being an atheist is deemed a crime deserving of capital punishment. As noted by Anna Vesterinen in New Humanist:

-Mauritania: Penal code outlaws apostasy, punishable by death if the accused does not repent in three days

-Maldives: All Maldivian citizens are required by law to be Muslim. Leaving the religion is punishable by death.

-Nigeria: Under some Islamist controlled areas, apostasy is a capital offence.

-Somalia: Especially in areas controlled by the Al-Shabaab, apostasy is punishable by death.

-UAE: Apostasy from Islam is punishable by death. However, no known prosecutions in court have taken place.

-Qatar: Converting from Islam is a capital offence. However, there have not been recorded punishments since the country’s independence.

-Yemen: Apostasy from Islam is punishable by death, but government does not enforce the death penalty.
Even where there is no official state sanction, in many countries expressing irreligiosity results in an effective death sentence at the hands of citizens, who in many cases fear no reprisals from the authorities. In fact, in 2015 alone, four secular bloggers were murdered in Bangladesh, with similar events occurring in 2016. These were highly publicised cases, but it cannot be known for sure if they were the only such examples.

Let’s take the opposing consideration into account, where are the death penalties in secular democracies for being theists? No. Is this proportional? Not even close. Does the United Nations Universal Declaration of Human Rights have anything to say about freedom of belief? Yes, the Preamble states, “human beings shall enjoy freedom of speech and belief”; “Everyone has the right to freedom of thought, conscience and religion; this right includes freedom to change his religion or belief, and freedom, either alone or in community with others and in public or private, to manifest his religion or belief in teaching, practice, worship and observance.” There’s no extra bit about being able to belief one thing or another, and to then believe one thing or another, and then having to be killed over it based on the whims of the, usually male, conservative, fundamentalist, authorities. Does this make secular democracies for more, just, and aligned with the universal human values determined by the United Nations in the Universal Declaration on Human Rights? Yes.

Still, it may appear that this is not specifically an issue faced by atheists per se, but rather a problem of religious intolerance generally. For instance, apostasy laws apply to anyone who renounces Islam, regardless of whether they renounce God entirely or, say, develop a special affection for Jesus. However, this misses the extent to which atheists and secularists are explicitly targeted and are regarded as an active threat by authorities in religious countries.

Likewise, it is worth noting that even amongst conservative religious states, there is often comparatively greater freedom of worship than there is freedom of belief more generally. In Iran, for instance, although the freedom to practise Judaism or Christianity can only be exercised within limits, atheists have no official status, and must identify as belonging to a religion.

And, as discussed, many Western countries that are generally liberal and secular have laws that are specifically prejudicial to the irreligious and have cultures that are actively hostile to non-belief. It is worth noting that even proto-secular champions of freedom of religion, such as Thomas More and John Locke, only extended this liberty to those who did worship in some form or another.

Why is this? Why can people reach the stage where they are capable of tolerating worship of a God or gods that is incompatible with their own but not a lack of belief altogether?

We suggest that it comes down to religion being fundamental to many people’s identities and sense of right and wrong. For some, this is underpinned by explicit or sublimated fears grounded in supernatural beliefs about eternal fire and torment in Hell. Whilst people of other faiths are not yet saved, they are fundamentally saveable, given that they also share the basic premise. Atheists do not, so are closer to damnation.

Similarly, for many people God-as-lawgiver is the linchpin of morality. People of other faiths may have different practices and traditions, but they share the same fundamental perspective of acting righteously and avoiding sin. Atheists, by this logic, are inherently predisposed to immorality. As such, there is something especially disconcerting and suspicious about anyone who does not believe in God or the transcendental.

Furthermore, in many countries, such as Saudi Arabia and Iran, religion is intertwined with political authority and national character. At least culturally, a similar phenomenon exists in the US. Atheism is, then, inherently disruptive and threatening to social order. Indeed, across much of the Middle East, it is true that many of the most vocal critics of governing regimes are atheist and secular activists.

Ironically, this simply provides more reason for us to express solidarity with and champion the cause of those, across the globe, who simply demand the freedom to express their beliefs without fear of oppression. 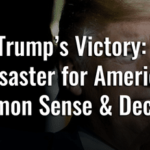