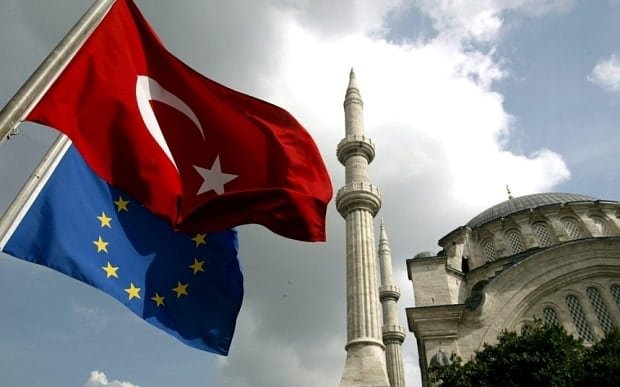 Turkey’s been in the news lately, mainly because of Erdoğan, but with recent comments, detachment of Turkey from the EU, and the internal referendum of Turkey too. Why?

After June 2016’s failed coup d’etat in Turkey, Recep Tayyip Erdoğan, the country’s President, has been increasingly trying to shut down opposing voices in an attempt to dominate his position in the political scene. In fact, a month after the alleged coup d’etat, thousands of educational institutions had been shut down and thousands of academics, prosecutors, and academics had been imprisoned, arrested or sacked.

In the nine months that followed up to the present, Turkey was in a state of chaos and turmoil, with multiple terrorist attacks taking place in major cities of the country, political unrest in the Eastern part of Turkey, and the arrest of journalists, and the shutdown of newspapers and media channels in the nation. All done in the name of democracy, which, according to Erdoğan, is threatened in Turkey, and so the actions, by this logic, are justified. It is on these grounds that Erdoğan and Binali Yıldırım, the Turkish Prime Minister, have put forward a referendum, which will greatly increase the power of the President and will severely limit the power of the Parliament as well as abolish the office of the Prime Minister. Under the new constitutional amendments that have been put forward, the President will be both the head of state and head of parliament, while he has the power to appoint and sack the Vice-President and ministers of the government at his own will. What is more, Erdoğan has said that, under the new constitutional amendments, the death penalty will be reinstated and those who were behind July’s coup will face the death penalty.

The European Union and its members have not been idle on the current situation in Turkey, probably the EU’s most important partner in the Middle East. Recently, the Dutch government blocked Mevlüt Çavuşoğlu, who is the Turkish Foreign Minister, from entering the Netherlands. Subsequently, Çavuşoğlu would address a political rally in Rotterdam in order to gain support for the upcoming referendum. Responding, Çavuşoğlu called the Netherlands “the capital of fascism” and Erdoğan said that the country will “pay the price”.

The German Chancellor, Angela Merkel, considered this inexcusable, and according to the New York Times, said that the Nazi comparisons must stop “without ifs or buts” because, as the attempts to send Turkish “surrogates” or representatives to Germany resulted in Turkey accusing Germany of Nazism, the Turkish surrogates were not permitted to freely campaign. Things continue to heat up.

This is not a response that comes unexpectedly, as EU-Turkey relations after the coup d’etat are becoming increasingly tense. Since November 2016, and in response to Turkey’s tactics against those allegedly involved in the coup, Members of the European Parliament adopted a resolution “calling for the negotiations to be suspended until the Turkish government ended its disproportionate and repressive response to July’s failed coup”. Nevertheless, Recep Tayyip Erdoğan seems unaffected by these claims and still supports that arrests and human rights violations are needed in order to restore democracy in the country. The restoration of the death penalty is another crucial point for the EU-Turkey relations.

While Erdoğan is determined to bring the death penalty back after the referendum, the European Commission President Jean-Claude Juncker has warned that the return of the death penalty in Turkey is a “red line” in Ankara’s stalled bid for membership in the European Union, essentially freezing Turkey’s negotiations for accession in the European Union. Turkey’s relations with other EU member-states are getting tenser as well. Specifically, relations with Greece were strained after Greece’s Supreme Court ruled that eight Turkish soldiers who fled to Greece after the coup d’etat would not be extradited to Turkey after fears of their human rights being violated. Ankara reportedly stated that Greece “has failed to fulfil the basics of the fight against terrorism”. What is more, Turkey’s southern neighbour, Cyprus, is at the moment in the path to reunification after the island was divided following a Greek coup d’etat in the 15th of July 1974 which was succeeded by an invasion by the Turkish military five days later. Turkey’s relations with Cyprus are being stressed as Erdoğan is asking for the support of nationalists who fiercely oppose the idea of Turkey ceding its control over Northern Cyprus and allowing the island to be reunified without having foreign military troops or foreign guarantors.

The possibility for becoming a part of the EU has been seriously put in question, regardless, with statements by Foreign Minister Sigbar Gabriel. Gabriel said, “Turkey certainly isn’t on the verge of joining (the EU), but in no case should we close communication channels, even though things are difficult.” In fact, the deterioration of the ties between Europe and Turkey, and especially the EU and Turkey, could be signs of a greater risk internally, where the country, based on reports of someone that would know the country better than others, could be heading into dictatorship. Therefore, the claims about the dictatorial or Nazi actions of Germany, or the Netherlands, could be distraction from the current oppression and shutdown of the media or the press, for example. The Guardian published an article by Can Dündar, who was the editor-in-chief of the oldest newspaper in Turkey called Cumhuriyet.

In it, he puts faith in the voters, in the final say of the vote of the citizens, but is seriously concerned about the real possibility for the country to lean into dictatorial leadership, even an outright dictatorship. “Using the coup attempt to reinforce his power, the president, Recep Tayyip Erdoğan, has since been ruling the country under what is in effect martial law without the army,” Dündar said. The number of jailed journalists after the coup shot up by 400% from 30 to 150 – so 120 or 400% more.

The government of Turkey made calls on the European Union and the Council of Europe – an international organisation devoted to democracy, human rights, and rule of law in Europe – to ‘speak out’ against the “breach of fundamental freedoms and European human rights convention” by the Netherlands, which is alleged at this point in time. The accusations went forward. That is, they said that the Dutch government was the cause of the crisis in international law because of its “violence against Turkish demonstrators,” according to EU Minister Ömer Çelik. Then there are other recent, relatively small, things such as the ban on the electronics in flights, Eyewitness News reports. The US has done the same jointly with Britain, but the main focus is on Britain here because of its containment in Europe.

There are purported restrictions in the ties with Russia for Turkey, according to Panorama. The implication of this is that deteriorating relationship with the European Union, or Europe in general, the greater the relationship potential with Russia for Turkey. The director of the Oriental Studies Institute of the National Academy of Sciences, Ruben Safrastyan, said, “Europe continues the process of ‘shaping’ Turkey….especially during the ruling of Erdoğan, makes such steps and announcements that are not accepted in the European diplomatic practice…When observing the integration processes, we see…the European society dislikes many things and they speak them out.”

According to the Huriyet Daily News contributor Serkan Demirtaş, it is extraordinarily important to note that a country does not get to arbitrarily set the standards for becoming a part of the EU, to accessioning to the EU. Both sides, apparently, want to avoid the  potential for conflict, but things are, as noted, heated. Demirtas posed the question of whether or not Turkey wants to be a third-world country. Turkish politician and deputy prime minister, Mehmet Şimşek, said that if it feels as if it can function apart from the EU, then Turkey will be seen as a third-world country.  “The more Turkey shows progress in terms of European Union membership, the more it will become attractive,” Şimşek said.

So where does this leave us? Not necessarily with the last statement with the state of Turkey as a third-world country, but this does leave us with fewer questions and more statements about the tense situation between the EU and Turkey, Europe and Turkey, Germany and Turkey, the Netherlands and Turkey, and Turkey…with Turkey – that is, both externally and internally. So we have some reflections as discussed. Erdogan has been shutting down dissent and imprisoning journalists, and shutting the media in general. So he has been actively suppressing the population’s source of investigative truths. From nine months ago to now, there has been terrorism, political unrest, arrests, and shutdown of media in the country. There have been attempts to consolidate even more power for Erdogan as the President. The death penalty will be reinstated. The Dutch blocked Mevlüt Çavuşoğlu from entering Netherlands; Germany prevent the free campaigning of Turkish surrogates. Erdoğan called the Netherlands “the capital fascism”; he also accused Germany of Nazism. Erdoğan considers the violations of human rights within the country as necessary for ‘democracy’. Also, the tensions with Greece are up after events with the Turkish soldiers event and the lashing out in a proclamation from Ankara about the failure to fight terrorism by Greece. Even the editor-in-chief of the oldest newspaper in Turkey warned of the possibility for Turkey becoming a dictatorship under Erdogan, the faith that the editor-in-chief of that newspaper, the Cumhuriyet, was the faith in the voters, in the citizenry. This is all in the light of the query as to whether Turkey wants to be seen as a third-world country. Turkey has many risks and the leadership is lashing out at various countries in the EU and Europe in general. Things are tense now, but only the active participation of the citizenry and support from the outside will suss things out – and that will take time. 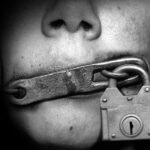