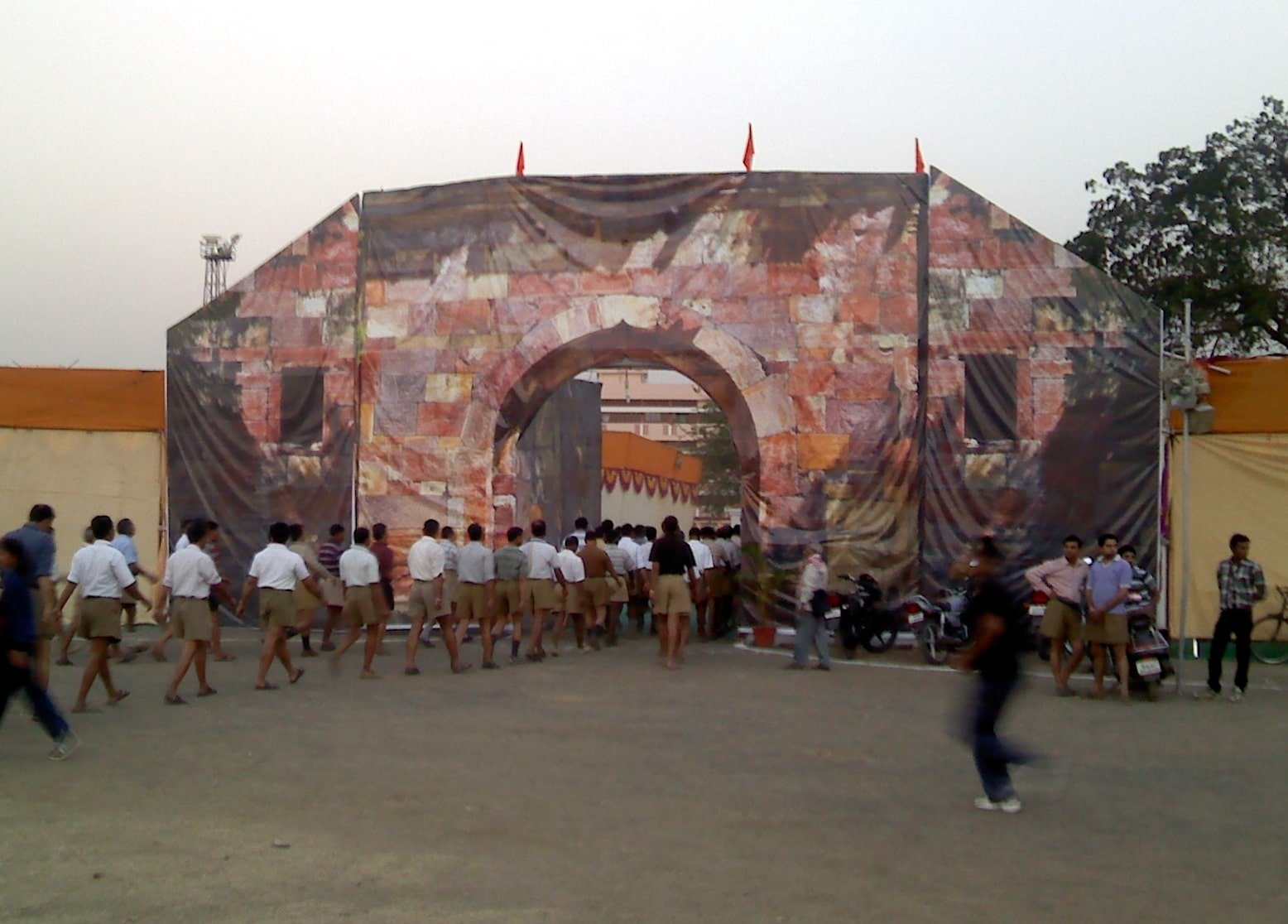 Hindu Nationalism, Hindutva, is rising in India. The PM is a member of extremist organisation RSS, and violence against religious minorities is celebrated.

August 15 is India’s Independence Day. 74 years ago, India officially gained freedom from British colonizers who gave up and left after the efforts of freedom fighters like Mahatma Gandhi, the Father of the Nation, and Jawaharlal Nehru, the first Prime Minister of free India. Barely a year after achieving this feat, Gandhi was assassinated by a Hindu terrorist called Nathuram Godse, a member of two violent Nationalist organizations – the Hindu Mahasabha, and Rashtriya Swayamsevak Sangh (RSS). He was killed for insisting on a secular government, and despite being Hindu, “not hating Muslims enough”.

RSS, founded in 1925, is a huge organization made up of about six million male Hindus, and has around 56,000 education centers within India. They aim to promote and guard “Hindutva” or Hindu Nationalism. Its founder and several members have expressed their admiration of Hitler and the Nazis several times, and admit to having similar ideologies. RSS has a long history being hostile to minorities, especially Christians and Muslims. In its early years, it tried to ally with the British to attain power, one of their members Vinayak Savarkar even writing long apology letters while in prison to them to let him off for his crime. As soon as India gained freedom, despite not being part of the Quit India Movement, RSS began to grow exponentially. It initially remained a fringe organization and was widely condemned after Gandhi’s murder as a hate group by most Indians. Nonetheless, many members of the RSS started to enter politics through the currently ruling BJP (Bharatiya Janata Party). 3 out of 4 ministers of the BJP right now have deep connections to RSS.

Narendra Modi, current Prime Minister of India, is the first openly RSS member to hold the post. He was educated in one of their centers and is an excellent orator. Modi quickly rose through the ranks via hate speech against Muslims and emphasizing that India is for Hindus. He was the Chief Minister of Gujarat during the 2002 riots where many Muslims were murdered by their Hindu neighbors. He has been accused of encouraging it, and not providing any police protection or ordering them to stop. Furthermore, a police officer, Sanjiv Bhatt, who gave evidence that Modi was complicit, was jailed illegally the minute Modi came into power, and is still in prison on a life sentence. Many secular journalists and activists, even a Muslim doctor, Dr. Kafeel Khan, have had the same fate under Modi. While anti-minority incidents have always been common, there was an explosion of discrimination and violence once he became PM, and even more after he was elected for the second time. For instance, 24 Muslims have been lynched and killed on the roads by Hindu mobs, and 127 more injured after 2010, due to “cow vigilante justice”. As Hindus worship the cow, many upper-castes object to Christians and Muslims eating beef. Hence the attacks are often centered around this. Ironically, India is the largest exporter of beef in the world, and second largest exporter of leather, and many of these factories are owned by Hindus, including BJP leaders.

Christians are only 2.5% of India’s population. They are mistrusted by the RSS and its allies for two reasons – the British invaders were Christian, and many lower caste Hindus continue to convert to Christianity to escape the rigid and horrific caste system. As a very small part of the whole, Hindu fanatics often club Christians and Muslims together as “ChristoIslamists”. Due to fear of harassment and honor killings, Hindus who do convert retain their original “Hindu names” and are often ridiculed as “crypto-Christians”. The propaganda is spread largely through Whatsapp, Facebook and Twitter.

Twitter moderates its content by region, i.e country-wise, and Twitter India employees are largely Hindu. Hence, a lot of the anti-Christian and violent rhetoric is allowed to remain. For instance, a trending hashtag on 23rd August 2020 was #StopConversionKilling. It was deliberately invented to sound provocative, and serve as a “warning” to Hindus that conversion is killing off the Hindu religion. No Hindu was actually killed, but the hashtag implies it. Often the term “Love Jihad’ is also used, to imply that inter-religious marriage is harmful and leading to decrease in the Hindu population. This is far from the statistical truth, but such language has its effect. In 2017, a Hindu terrorist called Shambhulal Regar filmed himself butchering and burning alive a Muslim laborer called Afrazul Khan and uploaded the video to social media, with a warning that this will be the fate of those who practice Love Jihad. After this, a large amount of money was raised for his family by other Hindus through campaigning on social media. Mr. Varghav Pathak, an Hindu engineer working in the UK, even started a GoFundMe account on behalf of the killer. Shambulal Regar, now a hero for many militant Hindu Nationalists, was a nominee for a local government elections two years later in 2019.

The rapid rise of Modi to power was the match that lit a frenzy already formed and waiting in the background. Long before him, the world first woke up to the concept of Hindu terrorism against Christians in 1999, when Graham Staines, an Australian Christian missionary who worked with leprosy patients, was burned alive in his car along with his two young boys by a Hindu mob. While this incident shook India for a while, it did not staunch the rise of anti-Christian sentiment. White people are often denied visas to India by Hindu officials in the embassies due to fear of conversion, despite Indians committing the second highest amount of visa fraud to enter other countries, after Ghana.

According to Open Doors, it is estimated that a church was burnt down or a cleric beaten on average TEN TIMES A WEEK in India in the year 2016, a threefold increase on the previous year. The Indian media is tightly controlled by the BJP government, and a lot of instances of Hindu terrorism go unreported or only made known in small local newspapers. Violence against Christians as a rule never makes it to the evening news. In 2018, a pastor Gideon Periyasamy was killed by Hindu terrorists and his body hung to make it look like a suicide. In 2019, three Christian farmers were lynched for skinning a dead cow, and one of them, Kalantus Barla died. In June 2020, just three months ago, a 14 year old Christian boy, Samaru Madkami, was stoned to death by a Hindu mob for his faith and his body cut up into pieces. These are just very few examples of the kind of terrorism against Indian Christians. Bare minimal media coverage, and definitely no justice.

In fact, the RSS-BJP government openly and loudly encourages assault and murder of minorities. In July 2018, the Union Minister of India, Jayant Sinha, held a convention and personally garlanded eight Hindu men who were caught ON VIDEO killing a Muslim man, Alimuddin Ansari, by beating him to death on the streets. Though they were already sentenced to life in prison in March of the same year, they somehow made bail and were applauded and “honored” by a large group of Hindu officials and nationalists. HSS is the international wing of the RSS (though they often pretend to the American and British governments that they are not) and channel a lot of dollars and pounds to Hindu extremist organizations to fund military Hindu rule in India. HSS was involved in stopping Compassion International (and several other NGOs) from working in India after Modi came to power, claiming they are a Christian organization that is only involved in conversion of poor Hindus. As a consequence, 45,000 thousand students stopped being able to go to school and had to return to being child laborers. RSS + HSS have also been actively funding several Hindu Nationalists like Tulsi Gabbard and Preston Kulkarni to Congress, so as to prevent the US government from getting involved in the human rights atrocities committed by Hindus in India.

RSS was known as the extremist and militant Hindu terrorist organization that murdered Gandhi, the Father of the Nation. It is now the ruling party of India. Modi, once known as the Butcher of Gujarat and banned from visiting the US and the UK due to his part in the genocide of Muslims, now sits on India’s highest throne and is lauded and invited in by world leaders. When will common Indian minorities like me get true independence? When will we get to live freely, as per the Constitution of the Democratic Republic of India? When can we go to church without the fear of being attacked by the Hindu majority? When will the truth set us free?

The writer is an Indian Christian who has published under a pseudonym out of safety concerns. Their identity and other details have been verified by Uncommon Ground Media. 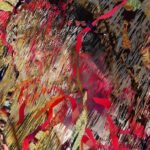 An Unspeakable of the Oscar Wilde Sort 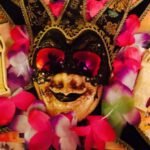