Skip to content
Main Story • Opinion • World  »   Problems, Goals, and How to Approach Them (part 1) 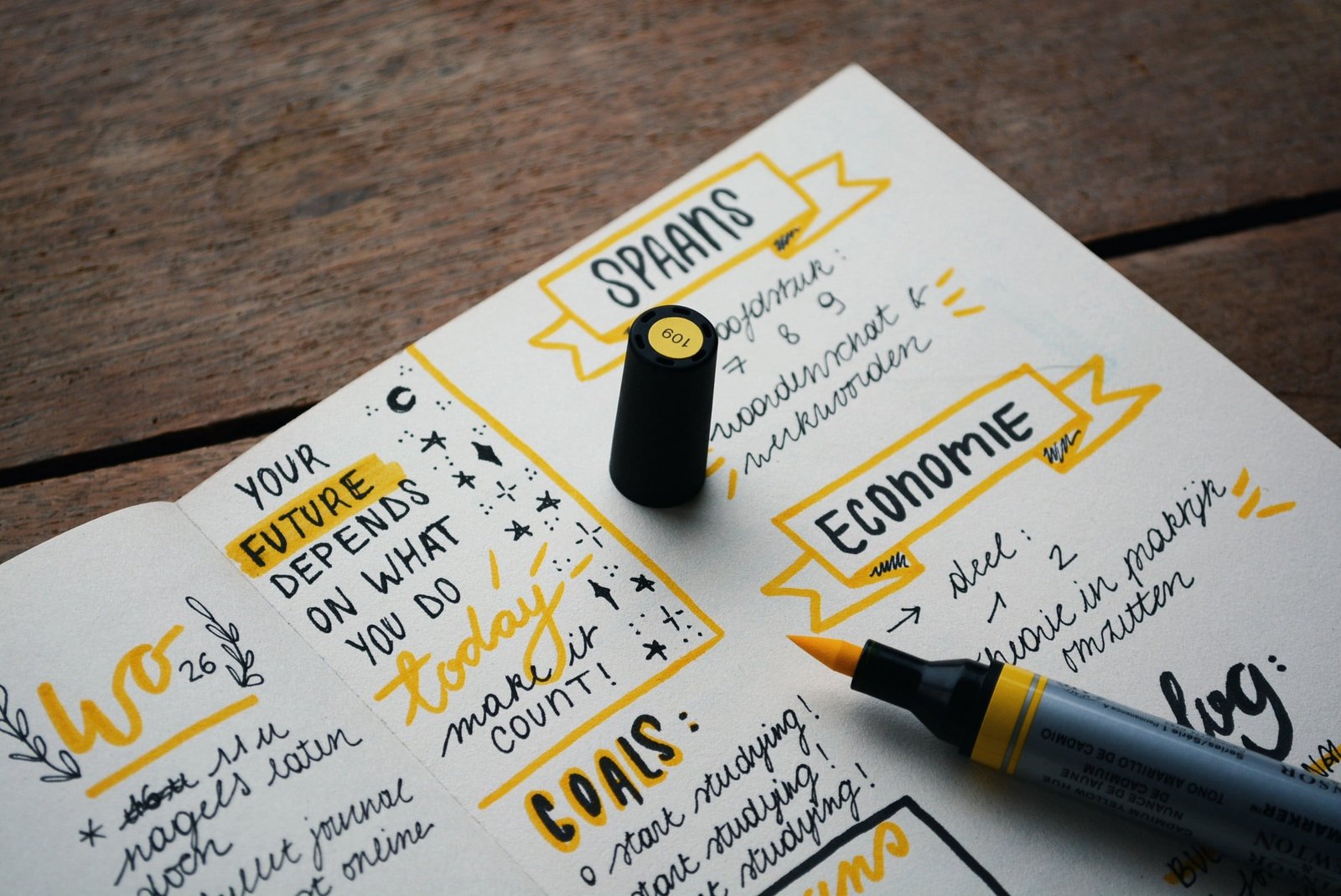 Few things are inherently a problem. Your problems can be best observed within the context of values, expectations, and goals. That is, something is a problem because you identify it as one. Does something help you achieve your goal or does it prevent you from reaching it? If it’s the latter, then it is a problem. But, without a goal in mind, without a path and a finish line, there are no obstacles to be overcome, only scenery we walk past; problems can’t be seen.

In order to better explain this, let me borrow your imagination for just a minute. Imagine you’ve been working in an office for over two years. You like your job, you get along with most people, you like the pay. At the company parties, you always have a blast, and so does everyone else. Sometimes your boss treats you and all your co-workers to dinner at the local Indian restaurant. They award you with generous benefits, including three weeks of paid vacation which you’ve used to travel around the world. You’re happy there. But, there’s one thing you don’t like about working here; you have to deal with Sam.

Sam is always saying or doing something that just aggravates you. He often belittles your opinions and makes you feel stupid about them. He constantly preys on your emotions. What’s worse, Sam always thinks he knows better than you and bullies everyone around him verbally. He has a high opinion of himself and as long as he gets his way, and gets the credit, he couldn’t care less about what others want. He’s loud, obnoxious, and the type of person that makes you tense up whenever he enters the room. And, he has a history of stabbing people in the back if he wants them out of the picture. The very sound of his voice causes you anxiety when you hear him coming around the corner.

Your goal is to be as happy as possible at work, and so you stay away from Sam. But, one day, while eating lunch alone in the break room, Sam enters. You immediately tense up. He says to you, “What are you eating? Is that ranch dressing in your salad? You know, you should really consider toning it down with that stuff. You ain’t looking like you did two years ago, is all I’m saying.” You immediately feel the pressure start to build, blood start to boil. You remember about all the times you wanted to say something to him but didn’t. All the times he got away with saying something rude to you or one of your friends. You explode, look up at him, red-faced, and shout, “What is your problem, Sam?!”

This is, obviously, a rhetorical question. In this hypothetical, you don’t really want to find out what Sam’s “problem” is. We only want him to back off. Yet, whether Sam does, or does not, have a problem is not the question we should be asking. Instead, we should ask ourselves what his goal is. Maybe Sam wants to be nice, and he does have a problem with creating unnecessary conflict, but just doesn’t realize it. Or, maybe annoying others is something he does deliberately. Only by understanding what Sam seeks to accomplish can we understand why he does what he does, whether he has a problem or not, and how he can fix it. The same is true for ourselves.

Something is a problem if you value a given outcome enough to deem it one. Without knowing what your desired outcome truly is, you can’t know whether something you do — or don’t — is a problem. We may think that something we do is a problem, but maybe it really isn’t. Or, we may be doing or thinking something and not know that it’s a problem. Yet, many of us have no idea of what it is we want and so we never truly understand our problems. This is all getting a little bit too abstract, so let me try and illustrate my point with an example — a brief one.

Is a “bad” diet inherently a problem? Not necessarily. Follow me for a second. If good health is your desired outcome, then a “bad” diet is a problem. However, if you don’t desire to be healthy, or fit, then your bad diet is not a problem for you. If your goal is, instead, to eat what you want, when you want, and as much of it as you want, then eating “bad” foods is how you accomplish your goal — good health be damned. Maybe a healthy body is not something you consider to be a goal right now. If that’s the case, maybe you should ask yourself, “why not?” Maybe, for whatever reason, you’re just not ready to make good health a goal for yourself right now. That’s ok. Or, it might be a goal you have that you’re not working towards (that’s a problem). Your first step is to know your goal, then change your behavior if needed.

I’m not here to tell you what your goals should be. However, I am here to explain the importance of understanding your goals, and why you should have them be as clearly defined as possible. If you don’t, most of your action will be like trying to fill up a paper cup with water that has a hole at the bottom. Yes, you’ll be doing something, but you won’t really be accomplishing anything, not anything that matters, anyway. In the same way, if your goal is to, say, become a kinder person, you aren’t going to accomplish that by consciously being confrontational or not observing that you may sometimes come off as rude.

Knowing your goal is often enough, the how comes later.

But, our circumstances can also change our goals. Conflict with others may, or may not, be a problem depending on the situation and your goal within it. Is your goal to find an emotional connection with someone? If so, you should adjust your behavior so that you can accomplish that instead of conflict. But, what if your goal, within a specific situation, is to “straighten” something or someone out. In that case, you’re going to have to be a bit abrasive and seek out some conflict. First, decide on what your goal is, then observe which of your behaviors are preventing you from achieving that goal, then change behavior to better align with reaching the goal. Don’t know how you’ll do it? Knowing your goal is often enough, the how comes later.

So, does the office bully, Sam, have a problem if he’s continuously causing conflict in the office? That depends on what his goal is. Is his goal to be well-liked, to make others feel good or happy, to make their lives just a little bit better, or to energize them through his charisma? If so, then he is failing miserably; he has a problem. Or, is his goal to do the opposite? Does he seek to put others down to make himself feel better, to gain power over them and manipulate, or just a nihilist love of chaos? If so, his actions are not a problem for him, but instead the way he accomplishes his goals. But, that doesn’t mean he’s not an asshole, and someone you should seek to avoid at all costs — he’s still a potential problem for your desire for happiness. Maybe Sam should reconsider his goals, ask himself why he has them, and consider making his own repugnancy a problem.

Let’s practice for a bit using different desired outcomes as examples. As previously said, I’m not here to tell you what your goals should be. It’s up to you to find that out for yourself. But, for the sake of illustrating a point, and practice identifying problems within the context of goals, let’s just say that you’ve decided to make happiness your goal. Next is to identify which of your behaviors are problematic by understanding what behaviors are conducive towards happiness, and which are not.

So, how can you be “happy?” Having satisfying relationships is one way. Being more social has been shown — among many things — to improve your happiness. Don’t have very many friends at the moment? Being happier can also help you generate better relationships! People are more willing to approach you and talk to you when you appear to be happy. Sometimes we don’t have time for human friends, in which case an animal friend can also help. Pet ownership has been shown to be associated with a healthier heart, more human friends, lower rates of depression and, generally, more “happiness.”And, although it’s a myth that money can’t buy happiness; after a certain threshold is reached, money no longer contributes to happiness. Research has also shown that focusing too much on money tends to cause us to isolate ourselves from others (that won’t make you happy). Also, just faking a smile, even if you’re in a bad mood, tends to make you happier and reduce stress — try it now and notice yourself feeling happier. Interacting with a pet has been shown to improve mood, decrease neurochemicals in the body, and increase happiness. Lastly, how are you sleeping? Generally, the more sleep deprived you are the worse your mood is and the less “happy” you are. 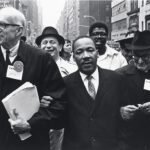 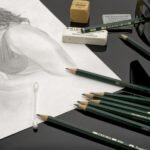 Erasing Women from the Abortion Debate