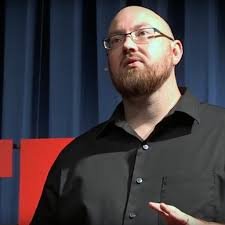 Caleb W. Lack, Ph.D. is a licensed clinical psychologist, an Associate Professor of Psychology at the University of Central Oklahoma, and the Director of the Secular Therapist Project. Dr. Lack is the author or editor of six books (most recently Critical Thinking, Science, & Pseudoscience: Why We Can’t Trust Our Brains with Jacques Rousseau) and more than 45 scientific publications on obsessive-compulsive disorder, Tourette’s Syndrome and tics, technology’s use in therapy, and more. He writes the popular Great Plains Skeptic column on skepticink.com and regularly presents nationally and internationally for professionals and the public. Learn more about him here.

Scott Douglas Jacobsen: How does evidence-based therapy work?
Dr. Caleb W. Lack: There’s not one way that an evidenced-based practice works, because that’s more of a general name than a specific model of treatment. Evidence-based therapies are those therapies which have been shown to work via clinical trials that are placebo-controlled, blinded or double-blinded, and that make use of control groups. Our gold standard trials (randomised, double-blinded, placebo-controlled studies) allow us to have great certainty that any improvement someone makes is due to the treatment itself, and not just placebo effects or regression to the mean (where people would naturally improve over time, regardless of what treatment they do or do not get).
Jacobsen: How does cognitive behavioural therapy work?
Lack: CBT is the broad name for those therapies that attempt to change how we either act or think, in order to change the way we feel, think, and act. Depending on what’s bringing a person into therapy, the focus can shift between working on thoughts and cognitions, working on actions, or often by targeting both at once. The general idea behind these therapies is that many people develop maladaptive ways of thinking about situations or interpreting information, which then changes our behaviour in ways that cause us to feel sad, anxious, fearful, and other negative emotions. What a good CBTer does is work with clients to identify what behaviours are maintaining or reinforcing these negative emotions and thoughts, and then develops highly specific interventions designed to address both the maladaptive thoughts and behaviours.
To give an example, let’s say that someone comes in and reports symptoms typically seen in major depressive disorder, things like a lack of energy, avoidance of previously enjoyable activities, irritability, feelings of sadness, and so on. A CBTer would work to identify several things. First would be what types of automatic negative thoughts the person was having. These are thoughts that just “pop” into your head, so to speak, and often then cause you feel sadness or worry, even fear. After identifying these, you could begin work with what we call cognitive restructuring, which is working with the client to have them start questioning the validity of such thoughts, comparing what the thought is to reality. In doing this, one begins to see that their depression is causing them to have a skewed view of the world, one that doesn’t match up with objective reality. At the same time this is happening, you could also begin to target the behaviours which are maintain their depression, and those tend to be escape and avoidance behaviours. Using what we call behavioural activation, you begin (in a very progressive, careful fashion) to stop avoiding activities and instead engage in them as you did when you weren’t depressed. The therapist then helps the client learn these new skills (cognitive restructuring, behavioural activation) both in session and via between-session assignments and tasks, often referred to as homework. Before too long, the person will find themselves more easily able to both engage in activities they would have avoided and to catch those depressive thoughts and fight back against them.
Jacobsen: Why do you use these therapies over others?
Lack: For me, as a scientist-practitioner, I place my trust in what works for the treatment of any health problem in repeatable, verifiable, empirical evidence. Just as I wouldn’t want my physician giving me medications that I don’t know works, or a surgeon doing an operation that isn’t supported by research outcomes, I would hate to be a mental health practitioner who relies on intuition or hypotheses that are unproven when I’m working with someone. By relying on evidence-based therapies, whether that’s CBT, or interpersonal therapy, or applied behavioural analysis, we can provide our clients with the greatest chance of improving and being able to have better lives.
Jacobsen: Will there ever be a point at which a therapist is only needed minimally for the recovery into healthy living of a patient?
Lack: That’s a great question. We actually have a fairly good amount of research into both traditional bibliotherapy (taking evidence-based interventions and turning them into self-guided books) and technology-assisted therapy (using computer programs, either alone or in combination with therapy) across the past three decades. I would summarise it by saying that, if a book or program is based on a good, well-studied therapy, then by following it you can often see notable improvements. Here are two great lists of such books; software options I recommend include e-couch and Mood Gym, and here is a nice overview of OCD treatment technology. However these improvements tend to be a) less than those seen when working with an actual therapist and b) the greatest among more mild cases of depression, anxiety, and so on. For those people who have moderate to severe levels of impairment in their lives, seeing a therapist is certainly the first step to take. 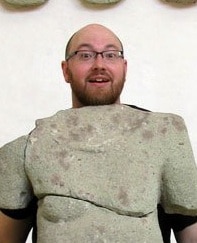 Jacobsen: How do you approach the individual needs of the subject as they first enter the room, shake your hand, and sit down – whether literally or metaphorically? Is it more listening and helping them help themselves or assertive engagement in the moment with the tools of the trade, or both, or others, etc.?
Lack: My first rule of working with someone is understanding that people are people, and we are all more similar than we are different. By that, I mean that everyone who comes in wants and deserves certain things from me. First is that people want a non-judgemental atmosphere, where I don’t try to push my personal beliefs or some personal agenda onto them. Second is to be treated as an individual, not as a disorder or a symptom. I can have two people come into my office with a diagnosis of OCD and they can have very little in common, both in terms of demographics and in terms of what types of obsessions or compulsions they are struggling with. Good treatment begins with a good case formulation – understanding why this person, right here, has OCD or depression or what have you – and then moves into the application of evidence-based modalities that have been show to help with those problems. Third is using methods that are most likely to help achieve a particular goal. A key aspect of being a good provider is what we call “flexibility within fidelity.” This means that we need to use and stick with those treatments that actually work, while at the same time being able to mold the treatment to the individual, taking into account characteristics like religion or lack thereof, social support, education, developmental level, and much more. So, although I may use the same overall treatment, like exposure with response prevention for OCD, the application of that treatment may end up looking a bit different depending on who I am working with.
Stay tuned for more from Dr. Caleb Lack! 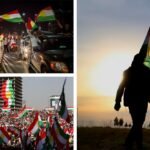 Too Soon For Statehood? Interview with YPG Volunteer on Kurdistan Independence Referendum 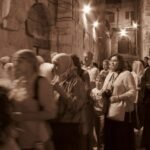