The Catholic Archbishop of Sydney has written to the Australian PM to express his moral concerns that the Oxford trials are using cells lines from a foetus aborted in the 1970s. This is despite the fact that other established vaccines, including rubella, hepatitis A and rabies vaccines “originally derived from human foetal tissue.”

So we are going to be preached to about morals by a representative of the Catholic Church? A church that was responsible for the mass molestation of children. Though to be fair, not all the Catholic clergy raped children, some of them just covered it up.

Meanwhile other religious leaders have voiced their own ‘ethical’ concerns about the vaccine, despite some of their organisations having their own murky pasts. Anglican and Greek Orthodox archbishops co-signed the letter. Then the President of the Australian Federation of Islamic Councils (AFIC) issued a statement that essentially parroted theirs. With a complete lack of irony, he spouted a quote from AFIC’s National Sharia Advisory Board about the importance of “the foetus’ right to maintain its own bodily integrity.” If only Sharia law extended such freedoms to adult females, not just fetuses.

It is not uncommon for such clerical competitors to join forces when it suits them, particularly when it comes to obstructing science and freedom.

Indeed in the late 1990’s the then Archbishop of Nairobi, Maurice Michael Otunga, joined forces with Kenyan imams to burn condoms and sex education pamphlets in public bonfires.

However, not all religions or Christian denominations hold a policy banning artificial contraception, unlike the Catholic Church. Furthermore, around half the world’s Christians are Catholic, making Catholicism’s crusade against contraception particularly dangerous.

The Catholic Church has never repealed their 1968 encyclical Humanae Vitae, which banned artificial contraception. Effectively this meant that any form of reliable birth control, such as condoms and the contraceptive pill, were off limits to Catholics. The effect has been that the Vatican has repeatedly lobbied against safe sex education, and blocked supplies of condoms and other contraception.

Sometimes they tell falsehoods to fit their agenda. In 2003 the president of the Vatican’s Pontifical Council for the Family, Cardinal Alfonso Lopez Trujillo, alleged that “condoms have microscopic holes in them which allow the HIV virus through”, despite this claim being contrary to established science.

This is the same church whose current Pope preaches ad-nauseam about ending poverty in the third world, yet whose practices have contributed to such misery.

The Catholic Church’s anti-contraceptive stance has left desperate women with little option but to use abortion as a de-facto birth control method. This is ironic given that the Church prohibits abortion also.

In 2015, in Catholic dominated Paraguay, an 11-year-old, who had been raped by her stepfather, gave birth after she had been denied permission by the authorities (egged on by the Church) to have an abortion.

Keep in mind that such meddling in the health systems of nations doesn’t just affect Catholics. For instance just over 20% of Kenyans are Catholics, yet the Catholic Church is estimated to run around 40% of health facilities there.

In 2011 it was calculated that of the worldwide toll of AIDS death, 70% were in Sub-Saharan Africa. Over 15 million Africans had already died.

Certainly the Catholic Church can’t be held to blame for all of these deaths given the obstructive measures of other dominant religions, and indeed governments, in HIV ravaged regions. Furthermore some Catholic charity workers disagree with the Church’s ruling on contraception, but given the Church’s official position, such defiance often has to be furtive. Meaning that the Church’s no–condom policy has contributed to a death toll on the scale of genocide.

Of course some Catholics would argue that the Church can’t be held responsible for people’s sexual choices. After all Africans and Latin Americans could have abstained. Just like Catholics in the first world do? Exactly – they don’t. Yet these first world Catholics continue to support a church whose policies lead poor people further into poverty and disease, while Catholics in the Western world can have their cake and eat it.

These first worlders don’t need to choose between celibacy and safety, they can easily access condoms, the contraceptive pill and other safe sex methods. And why? Because most governments in the Western World have resisted the Church’s pressure to block such contraception.

So Catholics in the first world can pop the pill, then trot along to their white church wedding. They can choose when, and if, to have children, while belonging to a church that blocks their third world brethren from doing the same.

Such access to reliable contraception enables first world Catholic females the freedom to pursue careers. If they are denied a top job they can sue for sexual discrimination, all while still actively proclaiming their membership of a church that prohibits women from becoming a cardinal or Pope. Imagine the outrage that would ensue if companies banned women from becoming CEOs. Keep in mind it’s equally our business who heads the Catholic Church, given that religious organisations receive a variety of tax exemptions and funding from the public purse.

If one’s spouse turns out to be abusive or unfaithful, Catholics in the western world can legally divorce. Meanwhile in Catholic held bastions, such as the Philippines, obstruction by the Church has meant that divorce is still not legal.

Furthermore, when the Philippine government tried to reduce unwanted pregnancies, by enacting a law to make government health centres distribute free contraception, the Catholic Church tried to block it.

Meanwhile the supposed free media never asks Pope Francis the hard questions. Why does he throw shade at other leaders for not doing enough to end poverty, when his own church enforces policies that keep women bare foot and pregnant?

Most shockingly the press plays along with Francis’ media savvy ability to appear to endorse safe sex measures while actively opposing it. Take, for instance, this headline from Time: “Pope Francis Tells Catholics That They Shouldn’t Be Breeding ‘Like Rabbits’, it makes Francis sound like some kind of radical contraceptive reformer. But, in fact, the actual report states that Francis scolded a Filipina “who had risked her life” to have a large family. He advised her that she could have used the Church’s approved “natural contraceptive methods” a disingenuous reference to what amounts to abstinence. It’s essentially the old rhythm method rebranded – women are meant to refrain from sex during the times that they are supposedly most fertile.

As it turns out Francis is so opposed to effective birth control that he referred to the Philippines government’s free contraception legislation as “ideological colonization”. No mention is made of the fact that if the woman had used the Church approved method she could still have fallen pregnant and died, given it is not a foolproof way of avoiding pregnancy.

Hard-nosed journalists let Francis waffle on, even though they would never give any other world leader such an indulgence. His ambivalent speeches are cleverly crafted to make him appear to be a man of compassion, yet he continues to back church policy that has led to suffering and death.

If Pope Francis truly wanted to see an end to world suffering and poverty he would make overturning the 1968 encyclical an urgent priority.

Of course we can rage against The Vatican, but they are not the only ones complicit. The compliant media and complacent Catholics must hold some responsibility. After all no leader can hold power without supporters.

Catholics in the Western world should stop endorsing a faith whose rules they refuse to follow. A luxury they have had because secularists have fought for their freedoms, while the religious have shared in their spoils. But worse is that their support of this religion has ramifications for those in the third world who can not access life saving contraceptives – and that is what condoms are in an AIDS riddled country.

But it’s not just the third world where the Vatican wields power. This is the church that, despite mass molestation scandals, gets government grants to educate our young.

This is the church that has brow beaten it’s flock into a permanent state of guilt. Making parents police their children’s morals, and shaming those who give in to natural sexual urges.

Meanwhile the Church cunningly propagates the idea that religion must be respected, which cleverly absolves them from ever being effectively challenged.

But it’s time we take up our own moral high ground. Those being coerced to comply to this religion can state that they can no longer support a church which has covered up child rape, which continues to discriminate against women by not allowing leadership positions in the church, and whose policies in the third world have led to an explosion in unwanted pregnancies and AIDS.

Furthermore we will no longer be shamed into silence by a church that does not practice what it preaches.

If our governments capitulate to their religious demands, the religious and non-religious alike may be denied an effective COVID-19 vaccine, meaning more deaths and more lockdowns.

If we don’t speak up all our fates may lie in their hands. 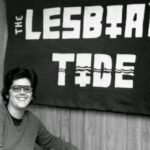 What Was Happening Before ‘Just be nice feminism’? Part V: Beth Elliott’s Response 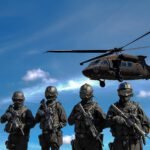 Has Rebecca Solnit Joined Her Own Volunteer Police Force?