Skip to content
Opinion • World  »   Believing “Life is Fair” is Bad Science, Bad Life Advice, and Bad For You 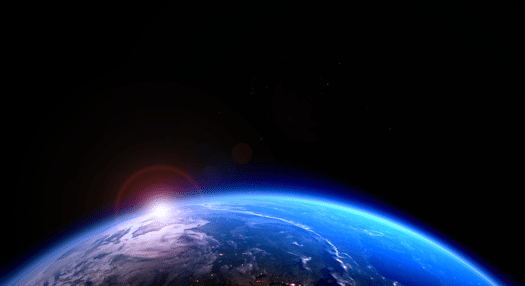 Believing in the just-world hypothesis is to be considered a dangerous and irrational route to take which, quite ironically, does not make the world a just place.

Imagine you are asked to choose between two different possible worlds to live in. Possible world A is a world where good deeds are always rewarded and bad deeds are always punished. A world where “what goes around comes around” in a way that if one does bad, a mechanism will be put into operation to bring about fairness, by teaching them a harsh lesson. Possible world B, on the other hand, is an unpredictable world; a world where good people may suffer and bad people may strive, where doing good does not ensure that one will get something good in return. A world where any wrongdoing does not ensure punishment and where a generous action may go by unnoticed and unreturned.

Undoubtedly, most people would go for possible world A. And unfortunately that’s not the world we live in.

As humans, we don’t like living in uncertainty, and that’s exactly what an unfair world is: unforeseeable, unmanageable and chaotic. We prefer things that take place around us to make sense in a way that everything that occurs is done to bring about absolute fairness. But what if it doesn’t? Well, we’ll make sure it does. That’s the just-world hypothesis.

The just-world hypothesis is the idea that behind all events that take place in the world lies a mechanism that brings about justice and moral balance. This is what is illustrated by the phrase “everything happens for a reason”, or in other words, that there exists a driving force behind all actions that aims to bring about a state of fairness and justice. As it turns out, this belief is bad science, bad life advice, and ultimately, bad for yourself.

It’s difficult to understand, in the first place, how life can be fair. And by that I do not mean in what way we can reach a state of absolute fairness, but what requirements should life satisfy in order to be considered fair. It seems to me that there can’t be a definite answer, if there can be an answer at all. The argument is simple: There is no reason to suppose that a human-constructed concept – in this case, fairness – is, or even can be, a fundamental property of non-human-constructed concept. Life wouldn’t be any less or more fair if humans were not around for life cannot be fair, in the same way that triangles cannot be young. This refers not to the ability of life to be fair or of triangles to be young but of the absence of the properties of fair and young, from the concepts of life and triangles, respectively.

Nevertheless, unfairness and injustice, as we would describe it, is all around us in the world. Entire cities being damaged by earthquakes while others being untouched by natural disasters , higher numbers of homeless people while incomes for the 1% keep rising, and  a concerning amount of bullying and domestic violence with the perpetrators often going unpunished. In fact, one of the worrying absurdities of the just-world hypothesis is that the one blamed for the unjust state of a situation is not the perpetrator, but the victim.

What happens when we encounter an unfair situation is that we try to make sense of it. We can either accept it and just take it to be a reflection of the status quo, or try to correct it through different social mechanisms. In either case, there is consensus that an event can, in societal terms, be unfair. Another path someone can take, one which is often taken by those who believe in the just-world hypothesis, is to deny that an event that happened is unfair or that there can ever be unfair events at all. In this case, there may be just denial, or even a reinterpretation of the event so as to change the state of affairs and consider it a fair event.

It is in the denial or reinterpretation of an event that the victim gets blamed, and it is where the just-world hypothesis starts becoming dangerous. Recently, New Zealand preacher Brian Tamaki, unable to make sense how a deadly earthquake could take place in a world created by an all-loving God, has said that the 7.8-magnitude earthquake that struck New Zealand in November 2016 was a punishment from God for the sins of homosexuals and murderers. What is more, in a paper published by Roland Imhoff and Rainer Banse of the University of Bonn’s Department of Social and Legal Psychology, it was suggested that anti-Semitism increases when people are reminded of horrific events such as the Holocaust. The explanation for that being that people, being unable to give a rational explanation for the events that led to the Holocaust but also of the Holocaust itself, tend to blame the victims for what happened. They seem unable to accept that innocent people were killed for no justifiably good reason so they find what is flexible in the situation and tend to change it. Thus, they claim that those people were not really innocent and that, in some sense, they “had it coming”. Such absurd and horrendous are the conclusions that one can reach through the just-world hypothesis.

This behaviour can also be referred to as cognitive dissonance: the state of having inconsistent beliefs, of which one must be dropped or amended so that the mental stress caused by the inconsistency is alleviated. Again, a desire for a mental balance is clear. A belief in a just-world is inconsistent with suffering. Therefore, not willing to drop their belief that “the world is fair”, people blame the victim for the unfair state of affairs. The issue with suffering in such cases is that it is not clear how things will go about ‘correcting’ this amount of suffering and balancing it with the world. So what people tend to do is ‘invent’ a reason to explain the suffering, and in this way they enforce a moral balance in the world. A moral balance which, however, is not brought about by any cosmic mechanism but purely by their psychological state.

It seems that for just-world hypothesis believers, luck is not enough for justice. They feel that someone deserves justice for their good or bad deeds. In this way, they manage to complicate things even more without ever managing to explain how the cosmic balance mechanism works. In addition, it may not even be possible to establish a link between life and fairness for it seems impossible to form an argument that supports that fairness is a fundamental property of life. Nevertheless, it was suggested that we should be willing to bring about fairness in society and everyday lives, despite the fact that there is no such thing as “fairness” in the fundamental properties of life. Believing in the just-world hypothesis is to be considered a dangerous and irrational route to take which, quite ironically, does not make the world a just place.