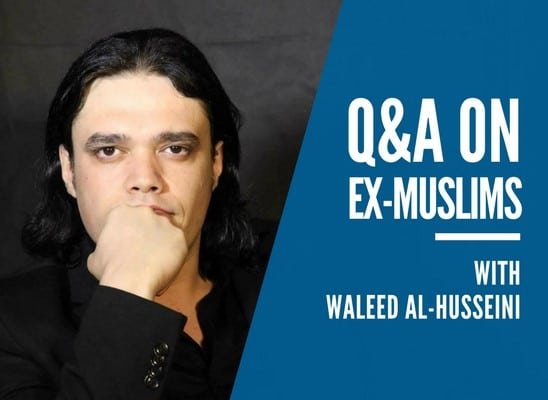 Waleed Al-Husseini founded the Council of Ex-Muslims of France. He escaped the Palestinian Authority after torture and imprisonment in Palestine to Jordan and then France. He is an ex-Muslim and an atheist. Here is an educational series on ex-Muslims in France.

Scott Douglas Jacobsen: With the foundations laid in Session 1, and in our interview, how does the Council of Ex-Muslims in France help ex-Muslims not feel alone?

Waleed Al-Husseini: To speak about this in France, the situation is complicated for many ex- Muslims because they experience threats. That’s why they don’t show themselves in public. But they always take the risk to meet in coffee shops, or restaurants, to try to make friends. They don’t want to feel alone. Also, such meetings and being with other ex-Muslims gives them some courage. At the Council of Ex-Muslims in France, we provide conferences in public wherein many can get support. Also, we as ex-Muslims recently had a big secular conference in London – a conference in which many Ex-Muslims came together.

What we do for society is the main fight for us – to show that we exist and that we are active, to work for laïcité – I intentionally use the French word because it’s different than secularism. I prefer to use it, always.

So, we work for that. That’s why we are with all the organisations who work for laïcité, and are also a part of the segment of French society who fight for these values.

We speak Arabic. Islam is Arabic. We know all these Islamist movements. We know how Islamists work. We have important knowledge about a problem which has become truly international.

Jacobsen: Maryam Namazie is an articulate, passionate, and insightful voice of ex-Muslims in Britain. Has she been a beacon of hope and inspiration for the Council of Ex-Muslims in France? And has she helped the council in any way?

Al-Husseini: Yes, of course, we created Ex-Muslims in France with her. She always supported us. We are all part of an important group of ex-Muslims,  a group that has people in Germany, UK, France, and North America. We all work together and support each other. In the conference in London, we were are all there together.

“I can tell you there are ex-Muslims in every family in Muslim country, but they can’t speak.”

Here in France, we have more than 100 ex-Muslims involved with our organisation. We have many friends and supporters as there are many other French people fighting for the same values; this gives us the power to feel that we are not alone!

Jacobsen: The Council of Ex-Muslims in France calls for equality and universal rights including the right to criticise religion, the right to atheism, the right to secularism, the right to freedom for women, to right to protection of children, and the right from intimidation tactics by religion. How much success has your organisation had on each of these fronts?

Al-Husseini: Acquiring these things are long processes. We want our voice to be heard on these issues. In Muslim countries, we try to help those who are arrested, make their story known, and contact governments, especially if it is an atheist or activist who has been arrested.

All the movements for rights in Islamic countries, such as the one we did in Tunisia this week for not fasting during Ramadan, are a stance of solidarity. For them to admit that we exist is a success, because they never admitted that before, but we still need more effective and ubiquitous successes.

Jacobsen: Have there been  murders of ex-Muslims in France for their renouncement of Islam? Does this happen as often with another religion’s faithful becoming faithless? Or does this happen mostly with Islam?

Al-Husseini: At this point in time, it’s only Islam that does this. The other religions are past this; only Islam still closes on itself after 1,400 years, and doesn’t accept anything modern.

Al-Husseini: Many things can be done to improve the situation. Firstly, we need more opportunities to talk – they need to give us the space to speak our minds and to not limit free speech or speech in general in the name of “Islamophobia”. This word has always been used to stop people like us, and to stop others from listening to us. Why? Because we can stop terrorists through discussion and showing many things. If you want to stop terrorists, then listen to ex-Muslims.

“Firstly, we need more opportunities to talk – they need to give us the space to speak our minds, and to not limit free speech or speech in general in the name of “Islamophobia”. This word has always been used to stop people like us, and to stop others from listening to us.”

What can help build communities is to first put pressure on the government, to stop all the blasphemy laws and stop treating ex-Muslims as threats and criminals; through this, people may stop attacking us. Then many of us will be more open about who we are in public and speak more freely without so many threats from the religious communities and the government. I can tell you that there are ex-Muslims in every family in Muslim countries, but they can’t speak.

Jacobsen: Thank you for taking the time once more, Waleed, always a pleasure, my friend. 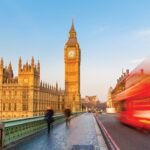 Extremism Redefined: A Call to Action Against Hate Preaching