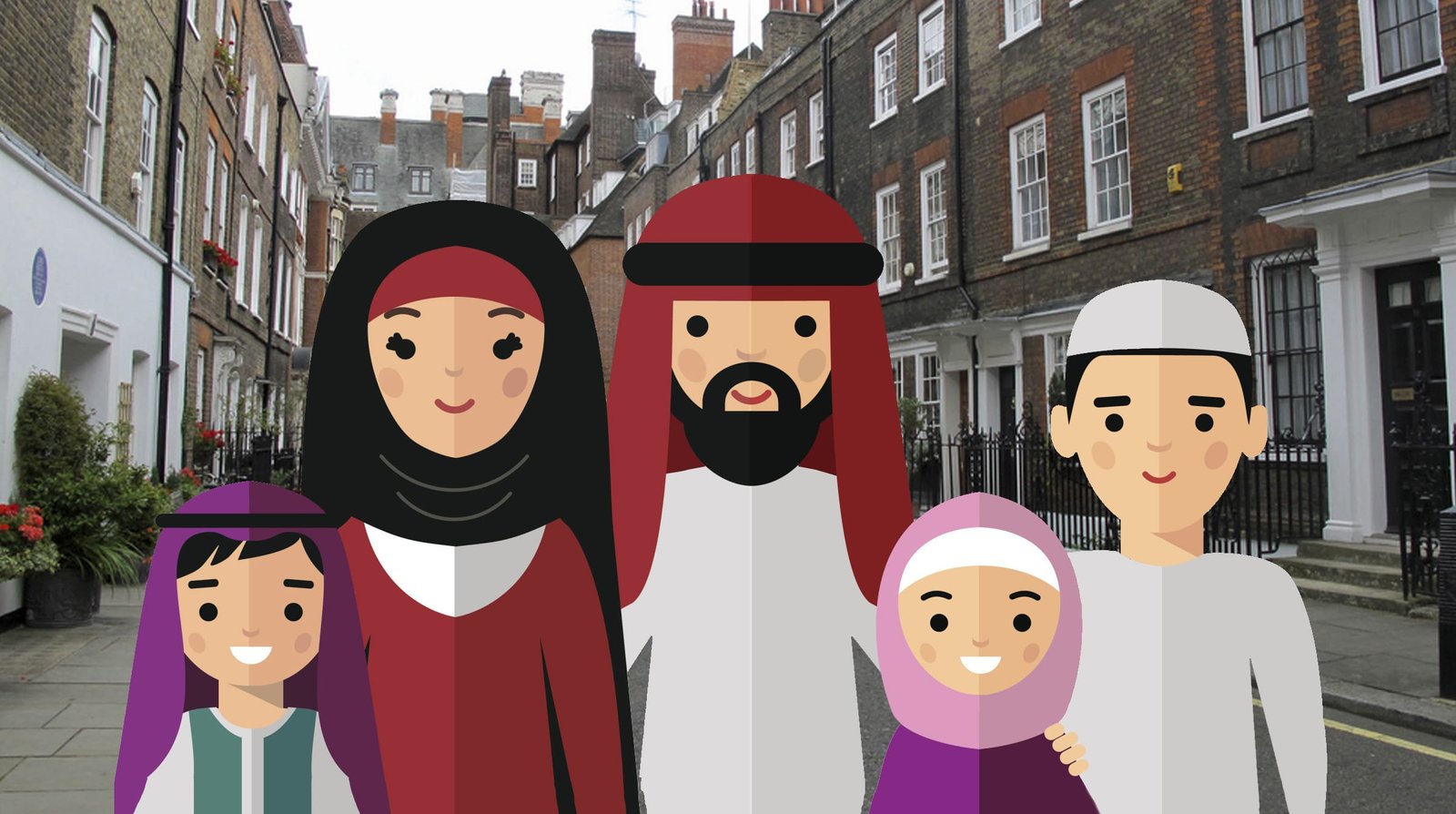 “They can’t be Muslims” is the first explanation from Muslims when self-proclaimed Muslims or groups of Muslims commit evil. This must end.

Marriages are relatively easy and uneventful in contrast to divorce, which is a prolonged and painful process in today’s society. People happily embrace each other, fall in love, fulfil the nuptials, go through a honeymoon period of sorts and settle into a blissful phase that can last a lifetime for many people. Some end up terminating their matrimonial relationships, embarking on a journey that often brings them to the end of their tethers, when they then have to prove each other’s fallacies and inadequacies in courts of law in order to break free of the union.

This isn’t really applicable when it comes to Muslims, both metaphorically and practically. Just as Muslim men can verbally pronounce the dissolution of their marriages, divorcing their wives in a fit of rage or even with cool-headed measure, today’s Muslim communities use the same principle to divorce any person not deemed worthy of being considered a member of the Muslim family and class them as an outsider to the Islamic faith.

Similar to the beginning of a marriage, any person who embraces the faith, or “reverts” to Islam, as opposed to converting to it, is hailed as a triumphant victory and cause for joy for all Muslims. If the new revert happens to be a celebrity, or someone in an influential position, the joy triples and quadruples. Paraded like a trophy wife or husband, social media, Muslim press and all relevant outlets repeat the news of the new arrival to emphasise  how attractive and virtuous Islam is to have resulted in these known figures come under its umbrella.

All someone is required to do is recite the “Shahada” in front of others, proclaiming their belief in the Oneness of Allah or even merely announcing their entry into the faith of Islam. There are no questions asked prior to the commencement of felicitations and pats on the back. Unlike other faiths such as Judaism or Greek Orthodoxy, there are no criterion to be met or rituals completed before a new Muslim is accepted into the Islamic family. This in fact makes the Islamic faith, in principle at least, secular in nature. The self-proclaimed relationship between the person and his or her God remains devoid of external scrutiny and interference until such time that clergymen and Muslim society are allowed to take control of this private arrangement by the individual.

From Muhammad Ali to Michael Jackson, whether they are self proclaimed followers of the faith or not, Muslim communities do not waste any time laying claim to these individuals regardless of their lifestyle practices, which, when followed by an ordinary Muslim, would be frowned upon and become the focus of extensive criticism. When a well known Muslim somehow is seen as a victim of the “kuffar’s” intrigues, the ownership of their status as Muslims becomes far too strong and potent such as was the case with Dodi Fayed. Those from communities that are normally dismissive and critical of fellow Muslims’ liberal lifestyles took it upon themselves to cry over the murder of  their “brother” for his crime to have courted Princess Diana and the prospects of bringing her into the folds of Islam one day.

However, the sense of brotherhood and the concept of “Ummah” goes out the window when the subject is viewed as a distraction to their victimhood narrative. Fellow Muslims whose behaviour inconveniently provokes probing questions about the Muslim fraternity and the perceived harmful effects of certain teachings of Islam result in people being promptly outcast by the Muslim masses.

The slogans such as “you ain’t Muslim ‘bruv” and the apologist stance of “not representative of Muslims” parroted by spineless bent-over-backwards politicians fuel and give credence to the practice of ditching someone from the faith just as nuptial bonds are shattered in one swift verbal stroke by Muslim hubbies. Initially, shouts of Islamophobia rang out when child grooming gang members, who happened to be almost exclusively Muslim hailing from British-Kashmiri backgrounds, were put on trial and eventually sentenced for their horrific crimes. The perpetrators claimed racism and discrimination against Muslims caused them to go to jail, whilst their supporters shouted Allah o Akbar in the galleries. However, upon realising the emerging extent of the prevalence of these particular sex crimes within Muslim communities, the narrative was soon adapted by Islamists and ordinary Muslims alike to dismiss any association of the criminals with the Islamic faith.

The same attitude of distancing the actions from any relevance to the teachings of Islam, albeit twisted and manipulated versions thereof, is witnessed in the aftermath of terrorist attacks and thwarted plots especially in the western world. It is important to bear in mind, however, that these tendencies do change dramatically when it comes to Muslim majority countries where Islamist terrorists and extremists are hailed as heroes, martyrs and saints. This contrast in viewpoint lends itself to speculation whether Muslims in western nations reluctantly distance themselves from coreligionist perpetrators due to a fear of reprisals and the demographics reducing them to a minority status.

“They can’t be Muslims” is the first explanation and reaction to come from Muslims upon finding out that a self-proclaimed individual or group of Muslims, whilst invoking religious texts, has taken the lives of innocent people or attempted to do so. Others question the lifestyles and backgrounds of the perpetrators in an attempt to prove how they weren’t good enough Muslims and therefore should not be associated with members of regular Muslim communities. Use of drugs and alcohol, as well as homosexuality, is used to convince the public that terrorists do not fit the profile of “real” Muslims, whilst inadvertently showcasing inherent prejudiced, hateful tendencies against liberal and homosexual members of the wider society.

It is proudly announced that Islam is the fastest growing religion of the world, growing at an even faster pace in the west owing not just to immigration and higher birth rates but also due to ever increasing conversions that take place on an annual basis. Prisons are one of they key places where people sign up to Islam for various reasons.

What Muslims need to decide is whether the membership of the Islamic faith is dependent on a strict set of codes of conduct, and if so, who gets to set and monitor them? If certain lifestyle choices and birth traits are considered unacceptable, thereby hampering this membership for terrorists and other criminals, then shouldn’t the same principles and scrutiny apply to any person proclaiming to have taken up the Islamic faith?

If Dodi could be classed as a victimised Muslim whilst Janet Jackson and Lauren Booth are both seen as equal Muslims by virtue of their conversions alone, although having very different approaches to practising their faith, then any other Muslim with a similar liberal lifestyle should never be criticised for their choices in life. Any judgements about them should be reserved purely on the basis of their conduct with other human beings and law abidance or lack thereof, not the status of their faith. Once this happens, Muslims will achieve the moral high ground and be seen as objective and just members of society. If this doesn’t happen, they’ll forever be distributing or cancelling memberships to the Islamic faith depending whom they consider using as marketing material or write off as bad stock.

The time for bold decisions is now.

Dr Shaaz Mahboob is a Programme Director leading an initiative testing innovative technologies within the NHS to prevent and counter long term health conditions. A trustee of British Muslims for Secular Democracy, he is striving to gain equal rights and representation for ordinary liberal minded British Muslims. 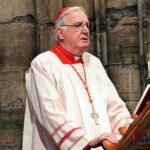 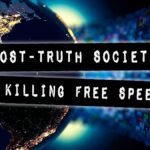