Alexandria Ocasio-Cortez’s “Green New Deal” has been criticized by both the left and right. But there’s no need to attack it based on something it is not.

There is a lot of misinformation being passed around about Alexandria Ocasio-Cortez’s “Green New Deal.” It seems everyone, on both sides, is eager to see her progressive agenda falter. Yet, instead of responding to what’s in the proposed Resolution, many are reacting with falsities and strawman arguments. So, here’s what’s actually in The Green New Deal, and what’s not (here’s a link to the document in case you want to follow along).

There is no mention of farting cows, for starters.

Contrary to what many are saying, the resolution doesn’t propose a ban on cow farts. In fact, cows are not mentioned in the document whatsoever. However, the resolution does mention climate change and the necessity to decrease greenhouse gas emissions. Do farting cows lead to greenhouse gas emissions? Yes! But, that doesn’t mean we should move to ban cows (or their farts). Neither is AOC claiming we should. Here’s what she does say, instead:

“(4) global temperatures must be kept below 1.5 degrees Celsius above preindustrialized levels to avoid the most severe impacts of a changing climate, which will require —

(A) global reductions in greenhouse gas emissions from human sources of 40 to 60 percent from 2010 levels by 2030; and

We have to acknowledge that cows, and their farts, contribute to climate change in a major way. In fact, the EPA estimates that methane gasses (which livestock help create) consisted of about 10% of greenhouse emissions in 2016. However, methane is more efficient at trapping radiation in the atmosphere than C02 (which contributed about 80% of emissions). In other words, we should start looking for different foods to eat which don’t contribute so negatively to the environment. We should encourage and help along the transition to these new foods. Again, this is not the same as banning cows.

It doesn’t promise economic security for people unwilling to work

AOC’s own website FAQ got this wrong. The Green New Deal does not offer any sorts of protections for people unwilling to work. It does, however, vaguely propose that the US should provide “unprecedented levels of prosperity and economic security for all people of the United States.” What exactly does this mean? How exactly should it be carried out? The document doesn’t say.

However, what it does say is this:

(B) to create millions of good, high-wage jobs and ensure prosperity and economic security for all people of the United States”

It also asks for investments to “spur economic development,” create high-quality jobs and to help poor communities transition into the new “green” economy. It later says that all people in the US should be provided with “economic security.” These are all pretty vague directives. However, they do not specifically say that people unwilling to work should be provided with total economic security (the word “unwilling” isn’t even in the document).

In fact, the resolution seems to imply that it aims to provide “economic security” for citizens by guaranteeing them a job. More specifically, it says the government should be responsible for “guaranteeing a job with a family-sustaining wage, adequate family and medical leave, paid vacations, and retirement security to all people of the United States.” Sounds radical, right? Yet, most “developed” countries already have similar policies in place. France, for example, offers its citizens up to a year of paid medical leave, covers the majority of its citizens’ healthcare costs, and 5 weeks of paid vacation per year. In fact, out of all OECD countries, the US spends near the least of its GDP on social welfare (but by far spends the most on the military).

It proposes accessible high-quality education for all Americans

This will be costly. However, it will be even more costly for us not to prepare our citizens for the economy of the future. Driving jobs will be replaced by self-driving cars, some journalists and many financial advisors will be replaced by artificial intelligence, much of manufacturing will be done by robotics. If we don’t prepare for this eventual reality, many citizens will be left unemployed and will become a huge drag on the economy and society as a whole.

Although the resolution doesn’t explicitly say it aims to eliminate nuclear power as a source of energy, it does imply it. In fact, it calls for all of the US’s energy to be produced by renewable, or “green,” energy that produces zero-emissions. Although nuclear is relatively “clean” compared to oil and coal in its ability to generate energy without too many harmful emissions, it’s not a zero-emissions source. Here is what the resolution states:

(C) meeting 100 percent of the power demand in the United States through clean, renewable, and zero-emission energy sources, including —

(i) by dramatically expanding and upgrading renewable power sources; and

This sounds nice, but is it feasible? Currently, only about 12% of the US’s total energy comes from renewable energy in part because technology is not ready to take on a bigger role. A study out of the Department of Energy’s National Renewable Energy Laboratory (NREL) concluded that renewable energy could make up about 80% of the US’s total energy production by 2050. That’s more than 30 years from now! At the moment, and in the next 10 years, we’re going to have to continue to rely on existing energy sources like nuclear reactors. However, phasing out these less-than-ideal forms of energy is a great long term goal.

It doesn’t demand the replacement of planes with trains

The resolution doesn’t propose we ban airplanes (despite what many will have you believe). It does, however, advocate for better access to more environmentally friendly transportation for more citizens. It acknowledges the issue in the following:

“Whereas the United States is currently experiencing several related crises, with — (1) life expectancy declining while basic needs, such as clean air, clean water, healthy food, and adequate health care, housing, transportation, and education, are inaccessible to a significant portion of the United States population.

And it proposes a solution to the issue of transportation in the following:

It goes on to say that this transportation should be public, “clean,” and affordable. Are trains more efficient in accomplishing this goal than are planes? Yes! Most people, for the purpose of getting to work and other places they need to go to on their daily routines, don’t need to get on a plane. A train allows for the transportation of many people, underground and away from traffic, for a fraction of the cost and with a smaller carbon footprint. However, not once is the word “planes” or the word “trains” mentioned in the resolution.

The resolution is very ambitious. It has been criticized widely by both people on the left and right who believe that the word “ambitious” should be replaced with “ridiculous.” But, there’s no need to spread misinformation or attack the resolution based on something it is not. The resolution can be faulted for being too vague, unrealistic, and not giving enough on exactly how these goals will be accomplished. If this is your argument, then explain why you think this is the case. Don’t result to pushing over straw men. 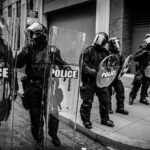 Clearing up Confusion About the Green New Deal