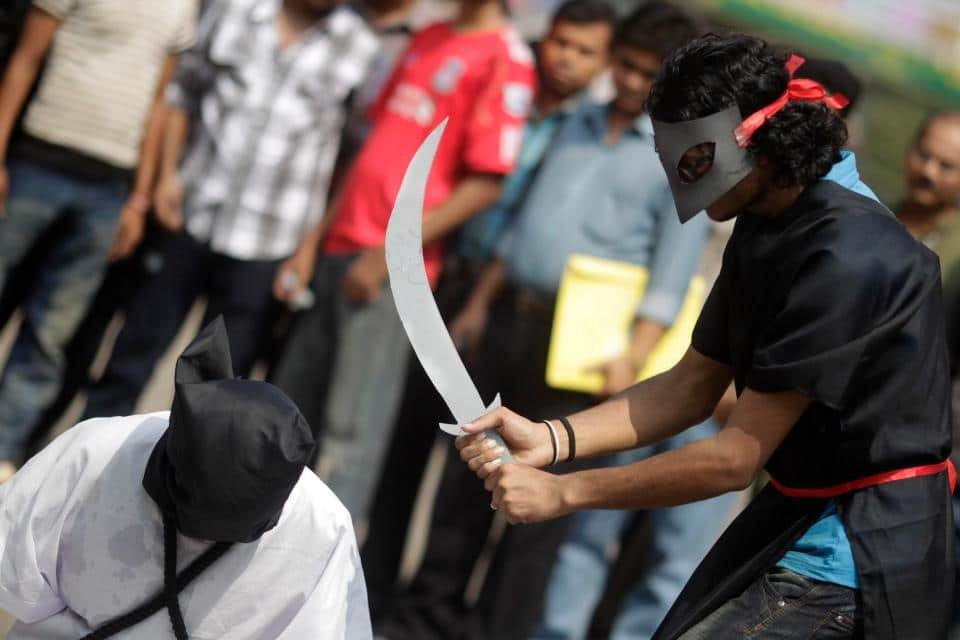 Members of Magic Movement, a group of young Bangladeshis, stage a mock execution scene in protest of Saudi Arabia beheading of eight Bangladeshi workers in front of National Museum in Dhaka in 2011
Friday, April 28, 2017 | Written by Scott Jacobsen | 0 Comments

The man, reportedly in his 20s, was deemed ‘insane’ by his lawyers because he was using drugs and alcohol when he committed blasphemy

An atheist in Saudi Arabia has been sentenced to death after uploading videos renouncing Islam and the Prophet Mohammed on social media –  which led to him being charged with atheism and blasphemy.

The deeply religious country’s Supreme Court ruled against the man, named locally as Ahmad Al Shamri, after being arrested in 2014.

After a lengthy appeal process, the country’s Supreme Court ruled against him this week. In the original case against Mr Shamri, his legal team said that he was under the influence of drugs and alcohol and therefore technically insane.

However, the strict laws within the Kingdom of Saudi Arabia determines that citizens who turn their back on Islam will be punished harshly, including even death.

Many other citizens in Saudi Arabia appeared to support the decision of the Supreme Court to put him to death. In 2015, the Saudi Arabian judicial system sentenced and executed 153 people mostly for drug trafficking and murder.

The kingdom has a track record of being questionable regarding human rights and women’s rights, and in this case the freedom of belief (or non-belief) in one religion or another, which has been put under the spotlight multiple times. Some of the strict Islamic legal code restrictions are on drug trafficking, and bribery, rape, and apostasy. All punishable by the death penalty. As in the case with the 20-year-old, Ahmad Al Shamri, this was shown to be true. 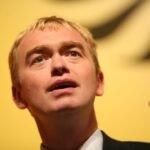 The Illiberal Attack on Tim Farron 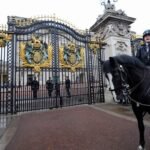