Skip to content
Opinion • UK  »   How the BBC Just Shot Itself in The Foot, Repeatedly 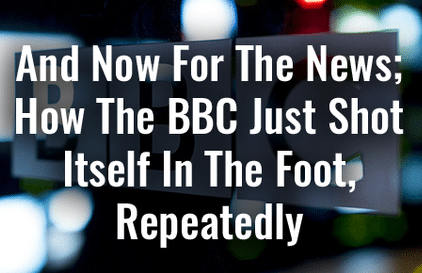 “The BBC,” my father says knowledgeably over his prescription sunglasses, “Will not exist in its current form in 10 years time.”

He’s probably right. Whoever decided it was a good idea to move BBC3 online and then put a whopping £145.50 bill on it definitely didn’t pass any marketing exams. Even I, a mere BSc Anthropology student can work out that a student audience + a hugely expensive platform = massive fail. £14 quid a year, we’d grudgingly pay and mutter about, £39 tops if we were fans. But £145.50? That’s a nice flat’s rent for a week. Or a really nice outfit. Or even a teeny holiday. And that’s after you’ve tempted us to starve ourselves for three months. I wouldn’t pay £145.50 even if it was to watch Corbyn being trampled by Morris dancers. Well, maybe that would be worth it.

Well anyway, we won’t pay. I promise you that hand on my tiny malicious student heart. I can buy an awful lot of wispas with that amount of cash and no amount of bonnet dramas are going to persuade me otherwise. And I like the BBC, so imagine what the general student youths think. I’m not fortunate enough to be blessed with the skill of piracy, but I know most of my peers are practically Long John Silver when it comes to downloads. As one anonymous friend said rather smugly: “the BBC is about to get cable whipped.” She’s not wrong. We students have been getting around transmission delays, TV licence fees and general payment for at least 50 years. So why do something so spectacularly stupid as to price us out of a product you’ve so brazenly designed for ‘de yoof’?

This is where I sussed it. What happened was this:

High in the BBC headquarters, which I imagine is a huge black castle in Scotland, there is a tower. In the tower sits the ancient king of the BBC, with a long white beard caught in the legs of his rocking chair. “I know,” he says, trying to click his fingers and failing. “The hiphop groovy youth will love some ultra fab documentaries about sex and rock n’ roll. They’d think it was uber hip if we put it on the interwebs with some of those fashionable non-white women presenters. They’ll be so drawn in, they’ll just HAVE to pay the licence fee!”

I’m fairly sure this is a 100% percent accurate rendition of what happened. I mean, let’s face it, the way they’ve patronised us with shit that even ITV would have vetoed (Celebrity Teletubby Extreme Sex on Ice) could only have possibly got through a board meeting where the average age of the participants was 98. Top that with not realising we can actually download, watch and pick a million other (less annoying) creations, and I’d bump it up the 99. This isn’t 1918. You old people don’t just get to smugly switch the radio onto Jolly Rabbit Symphony Songs and expect our generation to begrudgingly tag along. Truth hurts, huh?

Long and short of it? Not going to happen. So sit down and listen to ‘de yoof’ on how to fix this mess so someone actually pays something towards a pretty fabulous cooperation:

1.    Put a significantly lower rate up for students. Only way it’ll work.
2.    Stop coming up with hip groovy uber cool ideas about what we want.
3.    Stop sulking if we want to use different mediums. We are the future, beloved octogenarians.
4.    Make it way easier to pay for the stupid thing. Forms are a massive no. 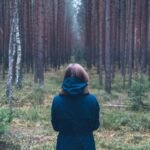 The Evils of Sexual Oppression Forced Upon Women 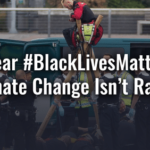