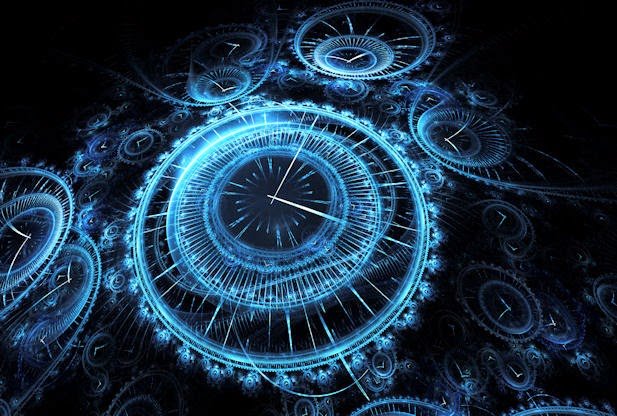 Can space-time eliminate the necessity of a creator to explain the origins of the universe?
Monday, May 29, 2017 | Written by Barbara Smoker | 4 Comments

Barbara Smoker is a British Humanist activist and free-thought advocate. She is also a former President of the National Secular Society.

In 1969, Karl Popper, Austrian-British philosopher and professor, declared: “Some forms of atheism are arrogant and ignorant and should be rejected, but agnosticism — to admit that we don’t know and to search — is all right.” This timid, inoffensive humanism suggests there is something presumptuous in rejecting the idea of God, even if years of mental turmoil lead us to annul our childhood indoctrination and arrive at this conclusion.

I once attended a lecture by Popper, under the auspices of the erstwhile Progressive League in London. He did not, of course, maintain an open mind on the existence of angels, ghosts and goblins — so why did he make an exception for a supernatural creator? Giving gods the benefit of the doubt, as Popper seemed to advocate, is hardly sustained with more evidence. Yet belief in a god, together with belief in a conscious after-life for human beings (though now brain-dead!), is the underlying ideology of many well-educated people — not excluding some knowledgeable physicists.

Existence, especially our personal existence, seems so miraculous to us that it is of little wonder there have been supernatural ideas to account for it ever since we became capable of abstract thought. It is hardly defensible, however, that the theistic conclusion, whereby all existence was magicked by a suddenly creative, intelligent, ethereal creator, is still prevalent in this age of science.

For the past few decades — at least since the publication of Stephen Hawking’s A Brief History of Time (1988) — we have been told consistently, and authoritatively, that it is meaningless to say “before the Big Bang”, since that is when time began. But I am unable to accept the postulate that time itself ever had a beginning.

In the mid-1950s, I attended a lecture in Conway Hall, London, by Fred Hoyle, celebrated for coining the term “Big Bang.” Not only did he reject the alleged beginning of time but also the very idea of a sudden start to existence altogether. I agreed with him on both counts, and still do. His solution, in association with Hermann Bondi and Thomas Gold, was the “steady-state” theory, hypothesising the continuous autonomous creation of atoms, maintaining equilibrium in the universe — which was thus held to be infinite, with no beginning. Sadly, however, every calculated prediction based on this steady state failed, so the theory soon fell into disrepute. But Hoyle*s satirical phrase “the Big Bang” lives on, having entered common usage, without mockery, for the birth of the universe.

If our observable universe really constitutes the whole of existence, then maybe it is itself eternal — either integrally static (as Hoyle, Bondi and Gold hypothesised), or else oscillating between phases of expansion (as at present) and absolute contraction to the “singularity” that immediately precedes another Big Bang. The only alternative is the hypothesis that all existence, including time, energy and mass (not to mention our own evolution to consciousness), suddenly came about spontaneously, out of nothing at all, less than fourteen billion (a mere 13,800,000,000) years ago.

In relation to the human time-scale, this is of course immense, as is the amazing extent of the material universe — comprising billions of galaxies (some actually orbiting others and many comprising billions of stars and planets) in spacetime, which is still expanding like mad. It is understandable that it should boggle our human minds. In fact, the sky always did, even before the invention of the telescope. But to presume that, apart from supposed timeless creative spirits, this universe is the whole of existence — and, moreover, all there ever has been — is surely unjustifiable. And almost parochial.

Interestingly, this is mitigated in recent years by the speculative notion of a possible multiverse, which goes some way towards my own belief in the eternity of time.

While, contrary to Hoyle, I have no doubt that our expanding universe was triggered by the Big Bang and actually created by spacetime itself, I cannot but believe that time in isolation must have existed from all eternity either punctuated by episodic Big Bangs occurring throughout a putative multiverse, or else, in our alternative solitary universe, sustaining a perpetual pulse of inflation and deflation from one Big Bang to the next.

As a child, born into the Catholic faith, I used to make myself giddy, I remember, by thinking “For ever and ever and ever”, without beginning or end: both backwards, before my personal existence, and into the unimaginable future. And I must say I still find the thought of eternity awe-inspiring — but inevitable.

My personal longevity has enabled me to hear many famous pre-war lecturers discourse on a variety of subjects, including astronomy and cosmology, the academic theories of which have changed in that period as rapidly as pop music.

Some sixty years after hearing Hoyle speak, I attended a lecture by today’s foremost cosmologist, Roger Penrose (Oxford Professor of Physics), whose major work Cycles of Time (2010) confirms my lay philosophical contention that time must have existed before the Big Bang and, indeed, eternally. I am gratified that this amateur theory of mine seems to tie up with the scholarly Penrose’s calculation, verifying his “aeons of time”.

Although it is now established in physics that time as we know it is inseparable from space – the Big Bang having caused the marriage of time and space, apparently bringing forth the physical universe in which we find ourselves – I still maintain that time, devoid of space, has existed forever. And the contemplation of this eternity still makes me feel quite giddy!

British Humanist activist and free-thought advocate. She is also a former President of the National Secular Society. 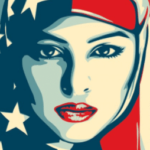 The Western-Centric Nature of Intersectional Feminism 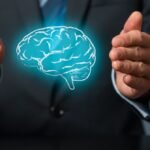