Dr. Sven van de Wetering has just stepped down as head of psychology at the University of the Fraser Valley, and is a now an associate professor in the same department. He is on the Advisory Board of In-Sight: Independent Interview-Based Journal. Dr. van de Wetering earned his BSc in Biology at The University of British Columbia, and Bachelors of Arts in Psychology at Concordia University, Master of Arts, and PhD in Psychology from Simon Fraser University. His research interest lies in “conservation psychology, lay conceptions of evil, relationships between personality variables and political attitudes.” Here we explore, as an educational series, the philosophical foundations of psychology.

Scott Douglas Jacobsen: Dr. Sven van de Wetering, thank you for agreeing to do this again. We first did an interview a few years ago, and this time, I would like to dig deeper into our conversation on the philosophical foundations of psychology. So let us start with what is psychology?

Dr. Sven van de Wetering: Psychology is the attempt to apply the same high epistemological criteria that have made the natural sciences such a success to a set of questions that preoccupy almost everyone, namely, why our fellow humans think, feel, and act the way they do. Because psychology asks an enormous range of questions, its various subfields have relatively little in common with each other, aside from the strive for epistemological rigour.

SJ: Psychology seems to create epistemological issues, which, in turn, make for ontological issues. Could you please further discuss the place of epistemology in psychology. And what are some of the more hotly debated issues surrounding it?

SW: Every undergraduate programme in psychology that I know of teaches two lower-level courses that deal almost entirely with epistemology. One of these is a course in statistics, and the second is a course in research methods. Between them, these courses introduce the fundamentals of methodology in psychology.

These courses are difficult to teach. Perhaps because so many psychology students are terrified of math. A frequent response of students being forced to take their first course in psychological statistics is to get very focused on the details of conducting the statistical analyses, and lose sight of the worldview on which those psychological statistics are based. Essentially, the idea is that the human world is a very complex place, and that the common western intuition that single causes give rise to single effects is not helpful in trying to figure out what is going on. Instead, a human being is subject to many influences at any given time, some internal, some external, and some with their roots in the individual’s distant past. Many of these influences are practically invisible, and even if we went to the trouble of attempting to make ourselves aware of every single one of those influences, we still would not know how all those different factors interact. To cope with the uncertainty induced by this overwhelming complexity, we create the simplifying fiction of random variation.

Instead of seeing causes and effects as being tightly coupled in human affairs, we see influences that increase or decrease the probability of certain human behaviours within that allegedly random matrix of behavioural possibility. Thus, we partition this blooming, buzzing confusion of human behaviour into two components: a portion that we think we can attribute to a small group of influences we are currently examining, and another portion that we attribute to the much larger group of influences we are not currently studying, and that we thus dismiss as error variance.  Statistics is therefore used to separate the signal from the noise in this framework, and research methods are a set of techniques we use to amplify the signal so that the statistical techniques can be picked out more easily.

One thing that has always bemused me about psychological research is the extent to which we can typically only explain a few percent of the variances for any given phenomenon. This is due to nothing more than the fact that picking up the signal is hard. This is nothing to be ashamed of, but the focus on the signal is so intense that I think we often lose sight of the fact that the noise is also human behaviour. I would love to see psychological discourse focus a little more on the variances we cannot explain, not so much as a lesson in humility, but just as a way of cultivating an awareness of what incredibly complicated creatures human beings are.

SJ: What was the first tacit epistemology in psychological research? In other words, who can be considered the first psychologist? And what was their approach to psychology?

SW: At the risk of sounding very boring and conventional, I am going to say Wilhelm Wundt. He called his approach “physiological” (what we now call experimental). What he meant by this is that he would attempt to present people with highly controlled stimuli in order to evoke a tightly circumscribed set of responses. This actually does not make him that much different from some people that came before him, such as Fechner. His really big innovation however was to create a group of researchers (i.e. graduate students). Wundt recognized that science is a fundamentally social enterprise, and that the proverbial mad scientist in the tower in the thunderstorm is an object of suspicion and derision not because he is mad, but because he is socially isolated.

Communicating one’s findings with other scientists (Wundt also created the first psychology journal) and training other young scientists in one’s techniques is not a peripheral enterprise. The essence of science is that it is self-correcting, but for various psychological reasons, individuals are not very good at correcting themselves. It is only by subjecting their work to the scrutiny of other scientists that any given scientist can obtain the benefits of this self-correcting aspect of the scientific method. It is for this reason that I consider the hype surrounding Wilhelm Wundt completely justified.

SJ: What are some of the major sub-fields, and their fundamental philosophical disagreements, of the discipline?

SW: The number of subfields in psychology is very large, but I would have to say that the major tension within psychology is between people who emphasize the epistemological rigour discussed above and the people who focus on real-world relevance. Few psychologists want to discard either rigour or relevance, but there is sometimes a bit of a trade-off between the two.

Experiments that allow researchers to establish tight linkages between causes and effects often make use of highly controlled laboratory tasks that are quite unlike the sort of situations most people face in their day-to-day lives. Real-world relevance, on the other hand, may come when we try to conduct therapy on someone with real psychological problems. Because the client is often in the midst of a highly complex life situation, strict experimental control is likely to be difficult or impossible to implement, and opportunities for rigour are greatly diminished.

As I said, most of us want both rigour and relevance, but we often have to trade them off against each other. Some people are willing to give up relatively little rigour in the name of relevance, and stay in their laboratories. Others prize relevance above all else, and will sacrifice a great deal of rigour for the sake of having a fighting chance of being useful to people in need.

I think part of the reason this creates so much tension is exactly because psychologists value both rigour and relevance. The ones who, to many outside observers, seem pretty irrelevant, tend to justify themselves by claiming to be more relevant than most other people think they are. Similarly, the relevant practitioners often think they are more epistemologically rigorous than they really are. Thus, much of the tension comes not from differences in opinion about what to give up for the sake of what, but rather anger at the other group for disputing their self-perceptions as both rigorous and relevant.

SJ: Thank you for your time Dr. Sven van de Wetering. It is always a pleasure talking to you. 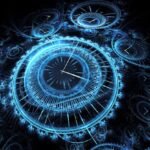 Does the Big Bang Affirm Atheism? 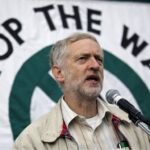 Corbyn: Not a Terrorist Sympathiser but Still Questionable