In ‘Blade Runner’ an iconic movie about androids without empathy, the storytellers urge the audience to discover what it is that makes us human.

There is obvious potential for Blade Runner 2049 to be botched. The ‘many years later’ sequel/prequel/remake doesn’t exactly have the best record (some being rehashes, others confused, and others just bad). However, I’m cautiously optimistic given the original’s open ending(s), and therefore the capacity to explore the universe of Blade Runner,  not to mention the glowing reviews the new film has attracted so far.

The film’s October release has also given me an excuse to write about the original film. Based on Philip K. Dick’s Do Androids Dream of Electric Sheep? Blade Runner is set in a (then more distant) future 2019. The protagonist, Rick Deckard (Harrison Ford), is a “Blade Runner” whose job is “retiring” (killing) “replicants” (“androids” in the book): bioengineered replicas of humans who are externally identical, but have greater strength and apparently no empathy.

Have you ever retired a human by mistake?

A central theme in both Androids and Blade Runner is the question of what it means to be human. One replicant, Rachael (Sean Young), has been implanted with false memories and initially believes herself to be human. Although the replicants are supposed to lack empathy, the four replicants Deckard is hunting are in what appear to be loving relationships. When their respective lovers are killed, Roy Batty (Rutger Hauer), the replicants’ leader, and Leon (Brion James) both react with anguish and rage and are subsequently motivated more by revenge than survival instinct.

But perhaps the darkest scene in the film features Deckard forcing himself onto an apparently reluctant Rachael (there being scope as to how you interpret this scene). Earlier on, Deckard is brusque, unsympathetic, and awkward when Rachael comes to him for reassurance when she finds out she may be a replicant. Although Deckard and Rachael develop a seemingly more loving relationship, it remains ambiguous how genuine it is on her part and how exploitative it is on his, and, to reemphasise, she is a replicant.

Have you ever tried to take that test yourself? A question implied but unanswered by the film is whether or not Deckard is a replicant himself. Although he appears to believe he is human, he has no real relationships and no backstory, at least in the Director’s Cut and The Final Cut. At one point in the film he is directly questioned whether or not he has taken the Voight-Kampff test (used to identify replicants) himself. And, in the Director’s Cut and The Final Cut, he has an unexplained dream about a unicorn, which another Blade Runner, the enigmatic Gaff (Edward James Olmos), appears to have knowledge of, suggesting his memories could be artificial.

Interestingly, Ford played Deckard as if he was human, whilst the director, Ridley Scott, is of the view that Deckard was in fact a replicant. The differences between film-Deckard and book-Deckard should also be noted. In Androids, Deckard has a wife and the reader is privy to his thoughts and emotions. Whilst the Theatrical Cut featured a voice-over monologue, providing insight into Deckard’s thoughts and backstory, this was cut from the Director’s Cut and The Final Cut, generally regarded as the more definitive and superior versions. Book-Deckard also has the self-awareness to directly address the question of whether he is an android and, unlike film-Deckard, he takes the test and is proven human.

Quite an experience to live in fear, isn’t it? That’s what it means to be a slave. 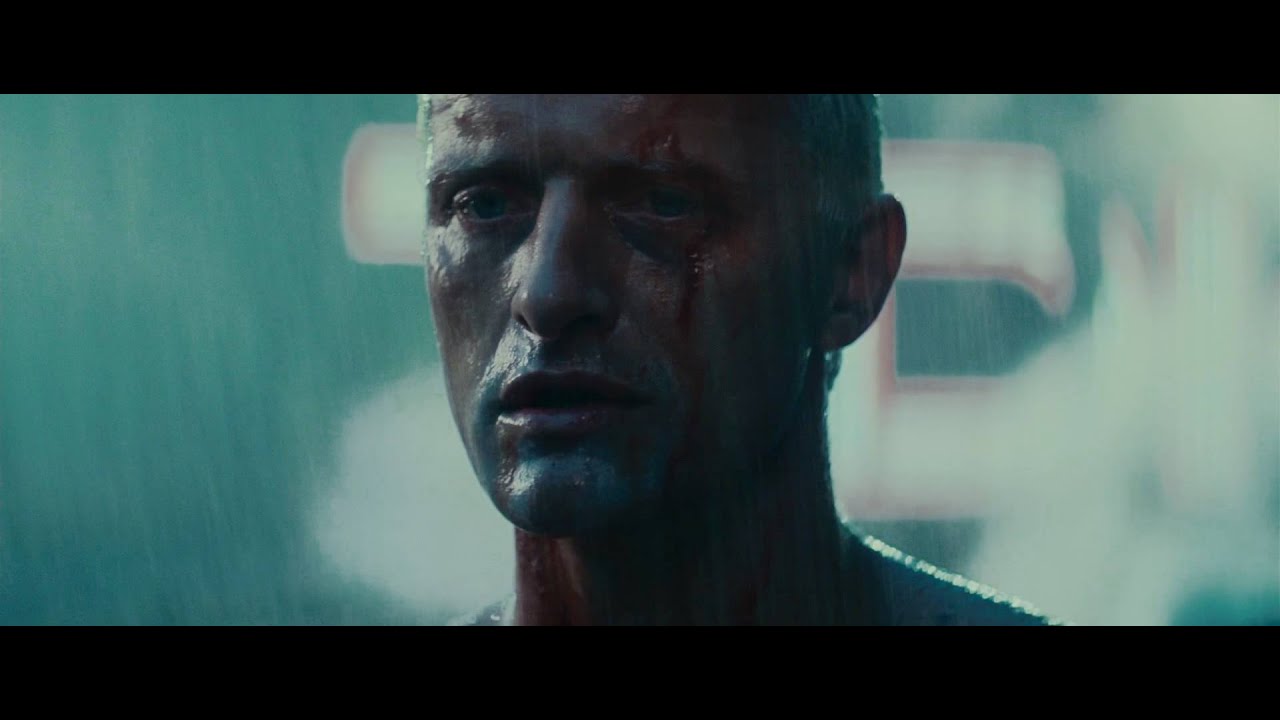 In any case, the ambiguity of Deckard’s status is a key part of why the film works so well, and one misstep Blade Runner 2049 could make would be to provide a definitive answer either way. Nevertheless, I prefer to think of Deckard as being human. Everything (except maybe the unicorn) that makes us think that Deckard could be a replicant, such as his isolation and missing backstory, actually sheds a light on the nature, and inhumanity, of humanity.

This is most telling in the climactic conflict between Deckard and Batty. Again in contrast with Androids, it is ambiguous how much, if any, consideration Deckard gives to his targets’ possible humanity. Conversely, Batty ultimately chooses to spare Deckard’s life, in spite of Deckard having just retired his partner, Priss (Daryl Hannah). After delivering a monologue about the transitory beauty of experience, Batty accepts his mortality and impending death, having come to terms with his failure to extend his short lifespan of four years, which had been the replicants’ primary motivation and had led him to murder his “father”/creator, Eldon Tyrell (Joe Turkel).

It is only after this scene that Deckard breaks with his role (programming?) as a blade runner, and seemingly acts with empathy, by choosing not to turn Rachael in for retirement and instead going on the run with her. It is arguably this ability to act with agency/autonomy and perhaps this inexhaustive capacity for relationships with others, or even the perception of such, that is at the heart of what it means to be “human”. Or, to put it in less loaded terms, to live a life that has meaning.

I thought you were supposed to be good? 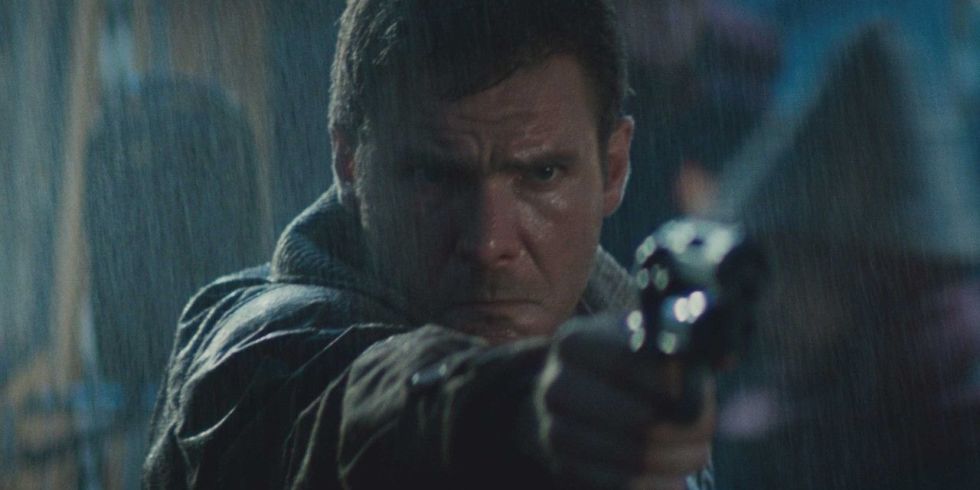 Contrast this with the situation, at the start of the film, when in spite of having no desire to return to his work as a blade runner, Deckard accepts his assignment with little real resistance, since the nature of his work inherently involves acting as a remorseless killer whose only concern is identifying his targets before taking them down. One notable example is his retirement of Zhora (Joanna Cassidy), who he calmly shoots in the back as she is running away from him.

Interestingly, even prior to his dying soliloquy, Batty’s murders and his attacking Deckard are driven more by passion than from detached calculation. Leon’s shooting of the blade runner Holden (Morgann Paul) and Priss’ attacking Deckard are clearly (perhaps pre-emptive) self-defence. And prior to Deckard retiring Zhora, she manages to momentarily subdue him but rather than kill him, she chooses to run. In fact, the replicants’ purported lack of empathy is more likely to simply be emotional immaturity, given that they’re all less than four years old. Both Priss and the apparently icily teutonic Batty often exhibit very childlike behaviour.

It’s a shame she won’t live. But, then again, who does?

It is worth noting the very apparent inhumanity of the other human characters. Tyrell comes across as detached and reptilian, and his explanations of why he cannot extend Batty’s lifespan are expressed dispassionately as a mere technical discussion. Rather than the fatherly affection, or even benevolent omnipotence Batty seems to crave, Tyrell at best treats him with the pride of an inventor looking at a brilliant machine.

Indeed, Tyrell may not be being entirely truthful with Batty, as, elsewhere in the film, we are explicitly told that the replicants are intentionally given short lifespans to prevent them developing emotionally. The temple like design and opulence of Tyrell’s building may also hint at a growing godlike status or self-perception. In fact, Tyrell subtly avoids taking the Voight-Kampf test himself at one point, which, although open to interpretation, could suggest he is aware of how his own unempathic traits could appear.

J.F. Sebastian (William Sanderson), lives alone with his mechanical toys, appears to have no human contact, other than a long-distance chess game with Tyrell, and clearly relates to the replicants, sharing their short life expectancy and child-like naivety. Gaff, about whom the audience find out next to nothing, is alien in his enigmatic manner and flamboyant style of dress, not to mention his use of origami as commentary and communication. And the other police officials appear as functionaries and little else.

This is explored more explicitly in Androids, particularly with another bounty hunter (blade runner being a film only term) Deckard encounters, who he initially suspects of being a replicant due to his brazen psychopathy. Indeed, Dick has stated that one of his inspirations for Androids came from reading Nazi journals as research for The Man in the High Castle, with the dehumanising attitude towards Jews making Dick struggle to properly conceive of the Nazi propagandists themselves as human.

Blade Runner is very much a distinct entity from Androids, to the point that it’s less an adaption and more merely inspired by it (and it does no service to either to directly compare their merits). Nevertheless, much of what is explicit in Androids is left unstated but remains implied in and woven into the backdrop of Blade Runner. The question of whether Deckard is in fact a replicant is less interesting than a comparison between his nominal but stultified humanity and the limited but seemingly emergent humanity of the replicants. 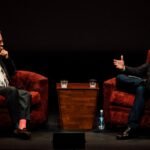 A Celebration of Science and Reason: A Night To Remember 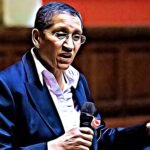