Skip to content
Opinion • World  »   Change Your Mind: It’s Good For You

I’m a strong believer in sticking to your principles. If your gut feeling is that something is wrong, don’t do it. Similarly, if it conflicts with your ethics, don’t feel you have to shift with popular opinion.

However, being strident in the face of overwhelming evidence or outrage is as bizarre as it is dangerous. This culture of unapologetic absolutism is cold, unfeeling and unprogressive.

The best thing a politician can be, in my opinion, is a leader whose central policy is that of serving his populace. They must always act with the best intentions for their people and in doing so, behave with empathy, consideration and knowledge. An activist must always fight for the cause they believe in with integrity, honesty and continuous discussion. A comedian, even, must listen to his/her audience as much as they listen to her/him.

None of this involves closed-mindedness, egotism and absolutist faith in their own narrative. Even worse than that, is an individual who knows that they have been cruel or wrong and still refuses to reconsider their behaviour. That paves a path for despotism and dictatorship.

There is absolutely no shame or weakness in changing your mind: it is a sign of an objective mind and a considerate heart. Determination is not the only virtue in a leader. I have much more respect for those who can apologise and come up with a new strategy.

When you misjudge a remark or action, the absolute worst thing you can do is refuse to empathise. You might think it’s ridiculous that someone was upset by your comment, but blindly marching on without thought is absurd. You become stronger through learning about the other people in your life. If you are going to be more Machiavellian, here is a great saying: Observe to Conquer.

Trump, for example, does very little observing on the true state of his enemies and opponents. He doesn’t care what he says or does, however miscalculated. Not listening to criticism from his allies is stupid and dangerous. Flattery from your country’s enemies is a great sign that you are doing something wrong.

This will, I can assure you, be his downfall. A powerful leader is one who listens. Throughout history, authoritarian despots who anger the senate always end up with a knife in their back, metaphorically or less so.

Similarly, a comedian who cannot move with the times and understand that making incredibly nasty, vindictive jokes about children dying, rape victims being sluts or otherwise, is going to provoke angst. Public outrage isn’t some the smug ridiculous thing it’s made out to be: it’s society thinking about what it wants to be.

There will always be angry, bitter people who support the likes of Trump or these controversial comedians because there is always anger in the world at change. But the vast majority of people simply won’t support Milo or Trump because they are nasty, vindictive and authoritarian in not listening to people or showing empathy.

If you apologise, change your rhetoric or act; you aren’t censoring yourself. You are showing that you understand the fact that you have power and influence, and must handle that with care. If you recognise you went too far or maybe it wasn’t a good idea to grab her by the pussy, say so. If you simply recognise people disagree with you, listen to them, even if you privately conclude that they are overreacting.

We need a bit more revision, discussion and understanding in modern politics and discussion. A leader’s or celebrity’s ego shouldn’t come before honest criticism. 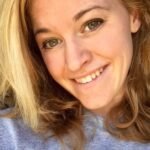 An Interview with Anya Overmann, Communications Officer of IHEYO 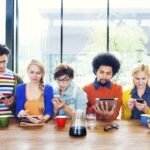 Can Millennials Ever Grasp the Importance of Active Peace?