Another day, another airstrike and a mounting death toll in what has become the killing fields of the Middle East – ISIS held regions in Iraq and Syria. U.S led coalition airstrikes are reported to have killed more than 230 in Mosul, Iraq. More than a week ago, an airstrike was reported to have killed scores in a mosque in Al Jina province, near Idlib, Syria. While initial suspicion focused on Russian involvement, it quickly shifted to whether U.S airstrikes were responsible, and the U.S also initially denied, insisting that they were operating in Idlib. However, it later became clear that the airstrike was carried out very close to Idlib, the Al Jina province of Aleppo. The Pentagon swiftly asserted that the blast at the Mosque was not their doing, and that they had definitely not targeted the mosque. It was later clarified that while it had carried out an airstrike in the area, the target had been a significant gathering of Al Qaeda members in a building nearby, about 50ft (15 metres) from the mosque.

Why am I writing about this particular airstrike, that is now over a week old, particularly when newer and more bloody airstrikes have replaced it? Is it only to evoke stronger sentiments of helpless anger among the reading public? Are we, the civilian public, doomed to only read and grieve over such snippets while accepting that the rising toll on human life is just a fact of war? Or has human civilisation developed a mechanism to constrain and rethink the acts that lead to such incidents?

Bear with me for a minute, while I digress to briefly discuss international humanitarian law, or the law of armed conflict. One of its two major components is what is known as rules governing the conduct of hostilities, or rules on how an army wages war. While the rules are many and varied, they are underpinned by three essential principles:

This obviously does not encapsulate the entirety of humanitarian legal principles on the issue, or is a detailed analysis of what is the exact decision to take at any given moment. But these are the fundamental principles designed, and agreed upon, as guidelines that military commanders and decision makers should be using to make decisions.

In 2017, however we can see that warfare has changed. Readers will agree that the most significant conflicts raging today are between States and armed groups, the battles playing out in villages and townships, in cities and highly populated areas. In a war where the objective is to eliminate military barracks or weapons repositories, warfare through bombing campaigns and air raids might have been eminently reasonable options that will not generate such enormous civilian costs. However, in the last two decades, our imagination and news cycles are not dominated by military conquests in a traditional battlefield, but of large, well-funded and well equipped armies pursuing networked and widespread sets of terrorist outfits or extremists, most frequently holed up in cities and in residential neighbourhoods. Waging a war in these contexts therefore is fraught with curious complexities.

News reportage rarely gives us too much information about these attacks in a war zone, other than to mention how many were killed, unless there is a clear and blatant disregard for civilian life. But this airstrike described above, reflects a trend in the way warfare has been waged since the beginning of the millennium. The Pentagon claimed that extensive surveillance had been done before the strike had been authorised, and of course, civilians reading their morning paper are not given much more, nor do they seem to require more. But therein lies the problem. What kind of surveillance did the Pentagon or other States carrying out air strikes in Syria undertake? Having convinced themselves of the presence of Al Qaeda militants in the neighbourhood, was there an attempt to minimise or mitigate civilian damage? The Pentagon’s own account clearly says the mosque was 50ft (15m) away from the target of their intended strike. The strike is reported to have been carried out with a 500lb bomb, the most common varieties of which have an ‘effective casualty radius’ of at least 200ft, implying that at least 50% within this range will be killed.

The Hellfire Missile, currently being used in Reaper Drones and four of which were reportedly used in these airstrikes, has a blast radius of 20m,within which no one is expected to survive. The he Hellfire (capital H) is reported to be one of the lightest missiles in use… and yet, it should have anticipated that it would damage the mosque. Civilians reported that the fourth and last strike occurred as people were streaming out of the mosque in terror, an entirely reasonable and fully anticipated reaction, and the fragmentation from the missiles were bound to strike civilians and cut them down as they ran. The only conclusion one draws is that the mosque and all its citizens were assessed as collateral damage and considered disposable by the authorities who authorised the strike in this case. How do we judge the Pentagon’s decision making in this instance? Or of Russian authorities? Or of other Coalition Commanders who have repeatedly engaged in airstrikes that have annihilated civilians?

This particular attack illustrates in pitiless detail a progressive callousness towards civilian lives that armies of the world’s most powerful countries increasingly display in the so-called fight against terrorist groups. Scores are still dying in Iraq and Syria, most countries have closed their doors to refugees, and the air bombardment is driving even more civilians to find refuge. It is obvious that the Coalition and other countries involved in these conflicts are attempting to win their battles while sacrificing as few of their soldiers as humanly possible. However, in making that very decision they are sentencing hundreds of thousands of civilians to death without a qualm. Going forward, populations should be clear on one aspect – the battle against extremist groups is not going away.

Governments of countries that feel uniquely threatened by these groups have to face a discomfiting truth – this war will not be won from the air alone and countries will sooner or later have to commit to ground forces or other methods of engaging with them directly rather than through missiles alone. Authorities on international humanitarian law have long been advising against the use of explosive weapons in densely populated areas, pointing out that not only will they be disproportionate, but their very nature renders them indiscriminate and will therefore end up killing many civilians. As the parameters and realities of the battlefield have shifted, so too should military decision making, particularly in terms of the weaponry being used and the nature of the assault being mounted. But has it? The wisdom of utilising airstrikes in conflicts characterised by intense urban warfare should be under strenuous scrutiny, but it does not seem as though decision making authorities are, in fact, feeling constrained by such obligations.

On the one hand, the discourse is being dominated by sadly reductive internet memes that oversimplify armed conflicts to the number of bombs dropped and the religious majority of countries under fire; while on the other, militant flag bearers for national security bury any potential for meaningful debate by yelling themselves hoarse about extremist terror. In the middle are civilians populating these zones, at the mercy of commanders deciding these airstrikes, who seem oblivious to the plight of the innocents they are expected to protect. The discussion need not always be war versus no war. There is also the issue of how carefully, and with how much deference to international norms and principles the warring parties fight these wars. The debate should also never be reduced to merely the number of bombs dropped, but should take into consideration whether the warring parties do attempt to minimise civilian casualties as far as possible. So far, the big players engaged in conflicts in the Middle East are drawing a nil on that account. The recent orders by President Donald Trump rolling back key safeguards protecting civilians on the battlefield is not going to help matters. In fact, the spike in airstrikes and civilian deaths since the change of leadership in Washington is too strong a correlation to miss.

Failures to ensure accountability on this basis is also why significant parts of the populations in these countries are finding themselves persuaded by arguments that the rise of Islamist extremism is a reaction to Western countries bombing Muslim majority nations. That argument is overly simplistic and sadly ignorant of the reality of radicalisation, but it cannot be denied that the sheer number of civilians being caught in aerial bombardment is breathtaking, and is generating waves of raging resentment against these countries. Military authorities promise “swift investigations”, they reiterate that allegations of “civilian casualties” will be looked it, and reassure their populations that they take such incidents “very seriously”. This merely camouflages an ugly truth about the decision making that they are unwilling to recognise – the range of how many civilians are considered as acceptable “collateral” damage has been steadily increasing, and authorities are in no mood to restrict it. Encapsulating their lives within the term “collateral damage” is not only incredibly insulting, it exposes the deep irreverence for their lives that countries, including the Coalition against ISIS, Russia, Syria and the Arab alliance in Yemen have, and reflects the flawed foreign policy of violence that will plague us for years to come. 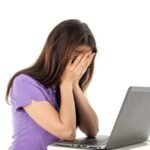 Of Course I Have an Opinion on THAT Daily Mail Headline