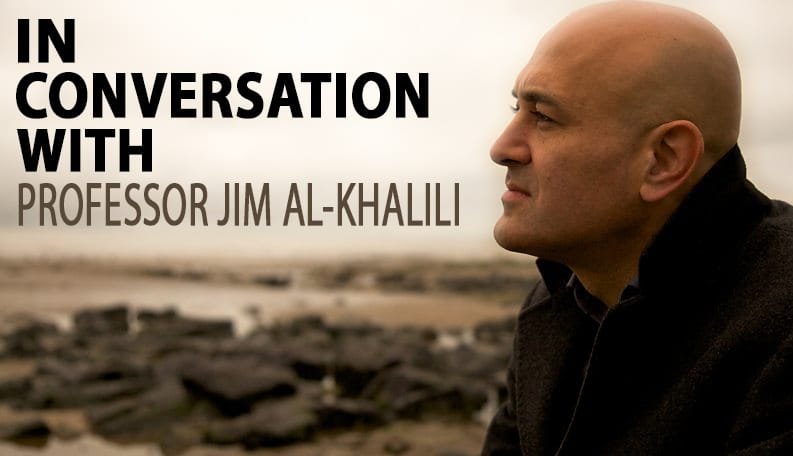 Professor Jameel Sadik “Jim” Al-Khalili OBE is a British theoretical physicist, author and broadcaster. He is currently Professor of Theoretical Physics and Chair in the Public Engagement in Science at the University of Surrey.

Scott Douglas Jacobsen: One longstanding phenomena in the dissemination of pseudoscience and non-science into the popular culture is the deliberate construction or unthinking repetition of words with specific meaning outside of their proper context. Two prominent words are “quantum” and “energy.” With your expertise in physics, what are the proper definitions of quantum and energy in context, in physics?

Professor Jim Al-Khalili: The word quantum comes from the Latin quantus, meaning ‘how great’, and came into general use in physics in the first few years of the twentieth century to denote the smallest indivisible piece. Now, when we use the word ‘quantum’ we mean something very specific. A quantum process is one that follows the rules of quantum mechanics that were developed in the mid-1920s. Such rules differ dramatically from those of classical, or Newtonian, physics. Particles are defined by mathematical quantities called probability amplitudes. In the quantum world, processes are probabilistic and fuzzy and behave in waves that are very counter-intuitive. What is fascinating is the boundary between the quantum and classical worlds. Ultimately, everything is made of atoms and quantum particles, but that does not mean that we see quantum behaviour in the everyday world.

The word ‘energy’ is in far more common usage and you might think it far less obscure. Yet, it is probably abused far more often than ‘quantum’. If you think deeply about its meaning you realise that the concept of energy can be quite slippery. But we can do a good job of tying it down. Firstly, the sum total of energy in the Universe is conserved. It cannot be created or destroyed. But it can be converted into matter, and vice versa. We see this on the quantum scale where pairs of particles can be formed from pure energy and a particle and its antimatter partner can annihilate entirely in a puff of energy. We can also think of energy as the ability to do work. Energy can convert from one form to another and there are many different forms, such as light (electromagnetic energy), gravitational energy, kinetic energy (due to motion), sound etc. Some types of energy can be traced back to something more basic. So, sound energy and heat energy are no more than energy of motion: vibration of molecules.

Scott Jacobsen: What are one or two common ways these are used to justify pseudoscience and non-science?

Professor Jim Al-Khalili: Well, quantum mechanics is weird and counter-intuitive; there’s no denying that. This has meant that those who don’t understand it have been happy to use it to explain anything they find mysterious, whether it is telepathy, certain types of alternative medicine, like homeopathy, and all manner of spiritual phenomena. It’s sloppy and intellectually lazy thinking to ascribe anything we don’t understand to quantum mechanics.  Even worse, when it comes to energy, we encounter downright nonsense. People use terms like negative energy or spiritual energy or auras. These are not scientific and it is very easy to show that if any of these notions were true then they would mean a complete overhaul of the laws of physics. You can’t have working cell phones and ghosts in the same universe.

Scott Jacobsen: Where are schools failing in combating this?

Professor Jim Al-Khalili: I think what is missing from school science curricula is teaching about the scientific method itself – that science is about testing hypotheses and theories to destruction, and being prepared to alter our views in the light of new evidence. That way, children can learn the difference between slowly evolving scientific consensus and evidence-based enquiry as opposed to mere ‘opinion’.

Scott Jacobsen: What methods to combat this have failed?

Professor Jim Al-Khalili: I think that some societies have confused scientific debate and opinion, and the way scientific ideas evolve, with other ideologies that form a part of human discourse and thinking, such as politics, art, sport, religion, and a wide range of cultural views. They assume that science can also be a matter of subjective opinion, or that science is just a way of thinking and that there are always two sides to any argument, view or concept. Science is not like that. Yes, some scientists can stick dogmatically to their theories, even in the light of evidence to the contrary, but that doesn’t last. Science strives for objective truth. Unlike religious faith, a good scientist will give up his view if faced with evidence to the contrary. We see for example broadcasters falling into the trap of always needing opposing views on matters. This may be useful in political debate, but not in science. A simple example is the following: If 99% of climate scientists argue that climate change is happening and due to mankind and 1% disagree, you should not be having a 50/50 balance in a debate.

Scott Jacobsen: What methods have been successful?

Professor Jim Al-Khalili: I don’t know about the US, but in the UK, school children are taught evolution in science lessons. They learn that it is not ‘just another theory’ alongside religious beliefs like creationism. Sure, they should learn about the various ideological views people in different cultures and times have held, whether the Abrahamic religions or capitalism, communism, fascism, liberalism, humanism etc. But thankfully our education system does not lump the scientific method in with these. 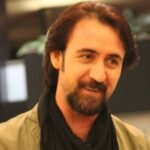 An Interview with Adalet Garmiany – Founder, Curator, and Chief Executive of ArtRole 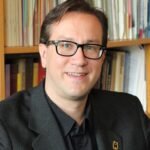