Donald Trump’s equal condemnation of violence on ‘both sides’ following the protests in Charlottesville  highlight the inadequacy of such denunciation. Similar considerations apply to Jeremy Corbyn, who generically condemned ‘violence’ by ‘both sides’ in Venezuela, failing to distinguish between the government and opposition. If there is an asymmetry in wrongdoing, power, or the wrongness of the cause being advanced, it should be recognised.

Recent events have put US President Donald Trump and the UK Leader of the Opposition Jeremy Corbyn in difficult positions. The collapse of Venezuela’s Chavist regime into outright autocracy and tyranny exposed Corbyn, an outspoken fan of Chavism, to pressure to condemn what he has long regarded as a noble socialist experiment. Protests by far-right/alt-right white nationalists in Charlottesville led to violent clashes with counter protesters, culminating with the death of 32-year-old Heather Heyer in what is rightly being described as an act of terror by a right wing extremist.

Given the nativist theme of Trump’s Presidential campaign, and the support he explicitly received from white supremacist group, Trump has needed to distance himself from the fringe of his base. In fact, it took two days and two official statements before Trump managed to specifically condemn racism and violence caused by it. His previous statement was merely a non-descript condemnation of violence. Asides from being utterly toothless, it also suggested a moral equivalence between bona fide fascists and those protesting against them. And, indeed, that the only problem with what happened was that violence was the result.

The protest initially concerned attempting to prevent a statue of the Confederate General Robert E. Lee from being taken down. Some have argued that this is a respectable position. Arguably, Lee the man was quite distinct from the Confederacy as a whole, and should be remembered as such. This characterisation is, at best, an exaggeration. It also somewhat misses the point about what’s objectionable about the statue. Whatever his personal merits and feelings, Lee fought for the side that would have preserved slavery. There is a stronger argument that we should maintain unwholesome memories of our past as a reminder to not repeat its mistakes, although moving such memorandums to museums, rather than maintaining them in a location implying reverence, may better serve this goal.

Regardless, the protest was not an academic debate. It was a far-right gathering under the heading ‘Unite the Right’. Chanted slogans included “The Jews will not replace us”, which refers to the fantasy that the Jews are engineering “white genocide” through encouraging mass-migration and race mixing. Nazi salutes and Swastikas were brandished brazenly.

The difficulty for Trump is that not only did a lot of the far right support him, but any explicit condemnation of white nationalism also runs the risk of undermining his broader nativist agenda. In any case, Trump circumnavigated this issue by not condemning racism at all until he was quite clearly forced to by relentless media, and probably internal White House, pressure. He has since watered down his condemnation by insisting that there were “some very fine people on both sides”.

Now, it is true that there are legitimate criticisms of the ‘Antifa’ (anti-fascist) movement. They have a record of labelling anyone they don’t like as fascists, particularly defenders of free speech. Recent smears of the American Civil Liberties Union as Nazis may well be the nadir of regressive leftism’s barrel scraping. And it is true that there are many instances of Antifa leaping to and revelling in violence at the first opportunity. Likewise, the agenda of left-identitarians is symbiotic with, fuelling and feeding off of, right-identitarianism, so they can only be understood and opposed as two sides of the same debased coin.

Nevertheless, condemning both sides equally, as Trump seemed to do in his first statement and has since explicitly stated, was still entirely wrong in the circumstances. Antifa do not represent the vast majority of people who, entirely reasonably, counter protest far right gatherings. It was a far right activist who drove a car into the counter protestors, killing one person and seriously injuring many more. Further, it was a far right protest where a full display of what “white nationalism” means was on parade. If you hadn’t realised, it’s fascism. It means fascism.

‘Nevertheless, condemning both sides equally, as Trump seemed to do in his first statement […] was still entirely wrong in the circumstances. Antifa do not represent the vast majority of people who, entirely reasonably, counter protest far right gathering.’

Perhaps more importantly, the existence of a possible conflict for Trump only made it more imperative that he made a clear and unambiguous (and undelayed) denunciation of both the violence and the ideology behind it. If you have enabled or have benefitted from something morally repugnant, you have an additional duty to distance yourself from it and help to combat it. Trump has not only received the votes of the far, he has, by their own admission, empowered them. Steve Bannon, the alt-right former editor of Breitbart, is still his chief strategist. This failure is not his first. During the election campaign he attempted to dodge disowning the endorsement of former KKK leader David Duke by pretending he did not know who Duke was.

Meanwhile, in Islington Twinned with Caracas

Similar considerations apply to Corbyn’s fudge of a Venezuela statement, which generically condemned ‘violence’ by ‘both sides’, failing to distinguish between the government and opposition. In his defence, he did manage to specifically condemn the move towards explicit autocracy by President Maduro, though this was highly tempered by his continued praise of the Chavist record. It is also true that elements of the opposition have been violent.

Still, much as with Trump and the far right, Corbyn needed to do more than condemn violence. He needed to strongly dissociate himself from and vigorously condemn the Chavist regime that he has long been a proud cheerleader for. By restricting his condemnation to Maduro’s blatant power grab, he failed to make any criticism of the endemic economic mismanagement and corruption, and years of creeping authoritarianism that inevitably led to this point. He also made no admission of, let alone gave an apology for, his own championing and promotion of the ideology and the people who have taken Venezuela to the brink. As with Trump, he had to do more than most, and failed to even do that.

‘Still, much as with Trump and the far right, Corbyn needed to do more than condemn violence. He needed to strongly dissociate himself from and vigorously condemn the Chavist regime that he has long been a proud cheerleader for.’

It’s worth noting what distinguishes Corbyn’s relationship with Venezuela with the UK government’s, also repugnant, enabling of the House of Saud. This is usually brought up as a ‘whataboutery’ tactic by dishonest individuals when the issue of Corbyn’s unsavoury associations is raised. It is true that the UK government does have a duty to cease arms sales to Saudi Arabia and to be explicitly critical of its regime. Nevertheless, unlike Corbyn and Chavism, the Wahhabist reniter state has never been held up by Conservatives as a model for the UK to follow. As such, whilst the UK government is responsible for a morally bankrupt policy that is founded on a poor realpolitik strategy, they do not have the particular burden that Corbyn and Trump do of needing to distance themselves from those they inspire and are inspired by.

To be clear, there is absolutely nothing wrong with condemning both sides when both sides are in the wrong (as the perceptive reader may have noticed). But if there is an asymmetry in wrongdoing, power, or the wrongness of the cause being advanced, this should be recognised. And if one side is your side, you need to make any criticism especially harsh to be convincing. 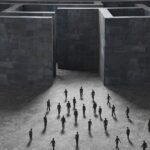 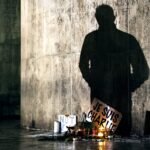 Do Europeans Need to Relearn the Necessity of Violence?