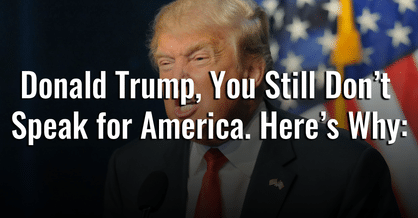 59,204,408 Americans voted for Hillary Clinton to be their next president. 59,058,307 voted for Donald Trump. 146,101 more Americans voted for Clinton than Trump. So why, then, is Trump scheduled to sit in the Oval Office as the United States’ 45th president come January 20th, 2017? The United States does not select winning candidates based on popular vote.
In the United States, presidential candidates are elected based on the electoral college. Electoral votes are those a candidate wins when the majority of people within a state vote for them. The bigger a state’s population is, the more electoral votes are counted toward one candidate when they win the majority of that state’s vote. In many states in which Trump won, Clinton was only behind by one or a few percentage points. In the states where Clinton won, the electoral votes were not enough to match the amount of votes for her that were counted throughout the entire country. The last time that a candidate won an election due to the electoral college rather than popular vote was the first election of George W. Bush in 2000.

Another aspect of this year’s election is that candidate Bernie Sanders dropped out of the race after the primaries due to the fear that if democratic vote between himself and Clinton was divided, Trump would win. It may surprise many to learn that Bernie Sanders had more electoral votes in the primary election than Trump did. So, why did many citizens who voted for Sanders not vote for Clinton in the final election?
Sanders and Trump are surprisingly similar in some ways. Both promote anti-establishment narratives, the idea that the current economic and political systems have failed the American people. People supporting Sanders and Trump both view Hillary Clinton as an elite who does not care about the needs of the American people. This feeling of disenfranchisement caused some would-be Sanders supporters to vote for Trump in the final election.
The differences between Trump and Sanders are their proposed solutions to such issues. Sanders has proposed solutions that would grant more Americans greater opportunity, such as making undergraduate education tuition-free. Trump, on the other hand, has resorted to blaming minority groups such as Muslims and Latinos for America’s grievances. Due to many Trump supporters’ overt lack of education, Trump was able to sell his fear-inspired narrative.
Had Bernie Sanders remained in the race until the final election, some are suggesting that Donald Trump may not have won. The fact that only 55.6 percent of people in the US voted indicates that apathy may also be a large factor in the election results. Clinton got far fewer votes than she was predicted to get, so many Americans who did not vote may have voted for Clinton if they were invested enough in the election to vote.
If the US is to become a true democracy, then we must allow popular vote to be the only vote that counts. This means dismantling the Electoral College. If we fail to make this change to the American political system, history will repeat itself. Candidates who do not represent the majority vote will continue to “win” US elections. Making such changes will require well-organised protests in which citizens specifically demand an end to electoral voting. It will require petitions and propositions.
But for now, I will conclude by personally addressing Donald Trump.
Mr. Trump, you did not win a fair fight. You “won” because the voting system does not accurately represent the wishes of the majority of American citizens. You won because you took advantage of legitimate concerns over economic issues and terrorism, and provided hatred and bigotry as a solution. When you step into office, know that more thanhalf of Americans are against you.  More than half of Americans deplore your hate speech, the fact that you are accused of sexually assaulting nine women, your lack of experience, and frankly, your sheer stupidity. Know this, Mr. Trump; that the majority has a voice. America has a voice, and let me tell you, you’re gonna hear it.

Interview with Rebecca Hale – President of The American Humanist Association 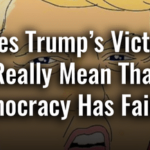 Trump is To Be Feared… ​But Should We See His Victory as a ‘Failure’ for Democracy?