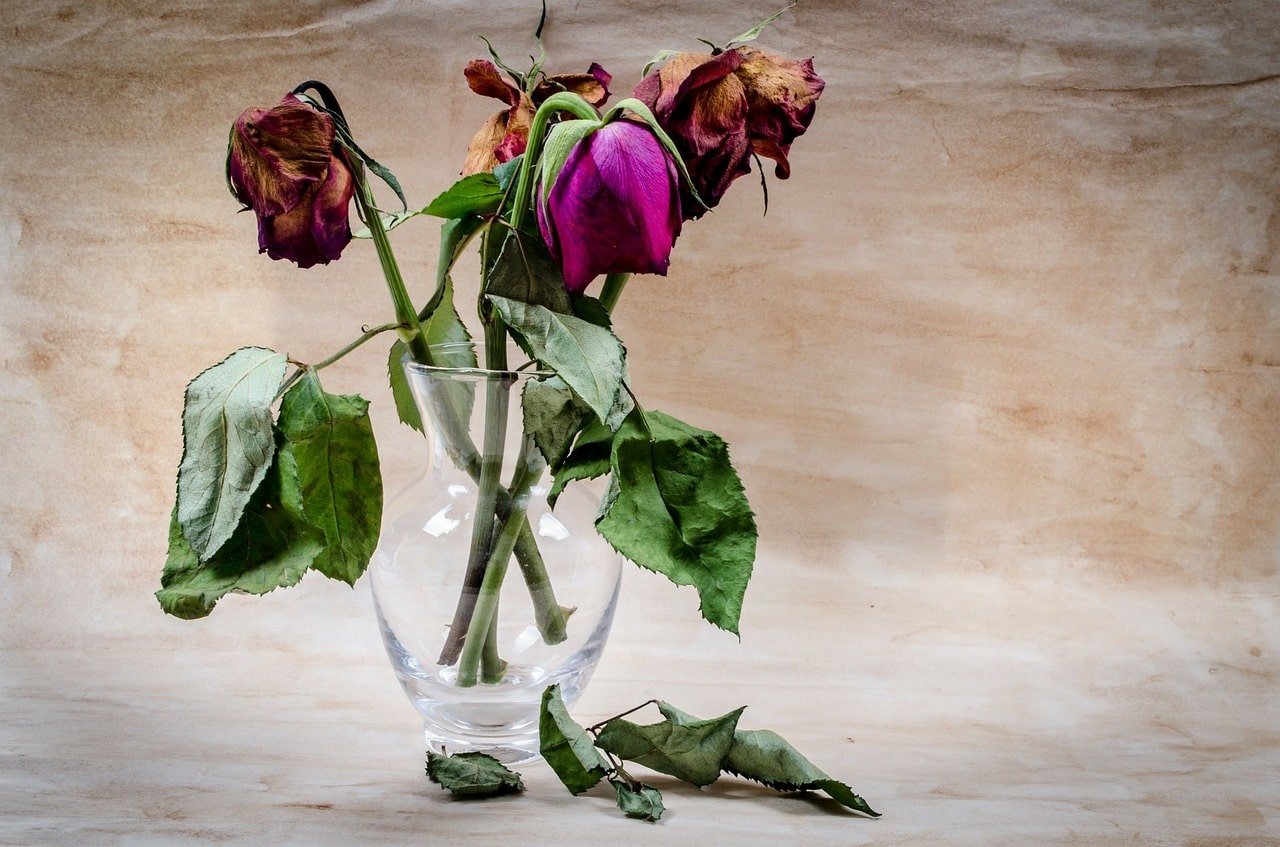 Love and death have been entangled for a long time in the lives of many gay men.

In Greek myth a young man named Leander fell in love with a priestess of Venus named Hero; the problem was that they lived on opposite sides of the Hellespont. Undeterred, Leander swam across each night to be with Hero, his journey guided by a lamp lit by the priestess atop her tower.

They became lovers but, this being Greek myth, tragedy was not far behind. During winter a storm churned the sea as Leander swam and extinguished Hero’s lamp; he was lost and drowned, and upon discovering this Hero cast herself off her tower to be with him in death.

Whether in Greek myth or Shakespearian tragedy, Eros and Thanatos have often been entangled. Love and death, from Hero and Leander to Robb and Talisa Stark, occur together throughout our literature and culture. One of the most poignant manifestations of this theme is to be found in Mary Renault’s sublime fictional trilogy retelling the story of Alexander the Great. The conqueror’s right-hand man and greatest love, Hephaestion, dies unexpectedly, and this sends Alexander himself into madness, grief, and, of course, untimely death.

Renault’s poignant portrayal of homosexual love brings me to my main topic; I want to briefly survey the persecution of gay men in the modern world, specifically the manifestation in reality of the relationship between love and death which many gay men face. The dreadful relationship between Eros and Thanatos is not confined to fiction. The AIDs crisis taught us that love and sex can incur a heavy cost. But that was not deliberate persecution; it was death from below, not from above. It is a sad fact of life for many gay men today that simply by pursuing love and desire they can be killed.

The vulgarly wealthy Sultan of Brunei recently instated the death penalty for gay sex in his country. International pressure has forced him to reconsider; he now says the penalty will not be enforced. A victory, perhaps, but homosexuality is still illegal in Brunei, as it was before this debacle, and as it still is in many places.

(Incidentally, the Sultan called for ‘tolerance and understanding’ in his defence of the penalty, a shrewd move that, turning muddled postmodern multiculturalism upon itself- not that the postmodernists would notice or care about this uncomfortable inconsistency; too fearful to criticize other cultures they will continue to focus their ire on the west and ignore the tyranny perpetrated by, and imposed upon, people from poorer countries and backgrounds).

Several countries punish desire with death, including two of the world’s most enthusiastic nations for the death penalty, Saudi Arabia and Iran. All countries with the death penalty for gay people are areas where strict Islamic law is upheld, though in many cases it is not used in practice despite being on the books. The sight of gay men hanging in Iran and the imprisonment and occasional stoning of gays in Saudi Arabia ought to make us nauseous. Love, sex, and death intermingle constantly for gay men; but Saudi Arabia is our ally, and too many of my fellow liberals and leftists have their heads and hearts muddled with cultural relativism, and so these things go on, rarely noticed, the dead men forgotten.

Thanatos bares his teeth against Eros elsewhere too. Few countries have the death penalty for gay men, but many more outlaw homosexuality or discriminate against gays, lesbians, transgender people and others in a variety of ways.

Take Russia for one. Same-sex love is not criminalized there but sexual minorities are hated by many people, given no rights or protections, and their harassment is ignored by a government which, in 2013, passed a law against the encouragement of homosexuality to children which has in reality proved to be a legal mask for the arrest, harassment, and persecution of gay people. Once more the forces of faith are complicit; the Russian Orthodox Church is a willing partner in Russian homophobia. With all this, and the Russian Orthodox Patriarch proclaiming that same-sex marriage is an apocalyptic omen, it is no wonder that between 2013 and 2014 the country’s largest gay club was subject to attacks by gun and gas, no wonder men suspected of being gay have been attacked and even murdered.

And then there are the even more horrific events in Chechnya, where since 2017 gay men, and some women, have been abducted, imprisoned, tortured, and even extrajudicially killed in what a Russian opposition paper called a ‘prophylactic sweep’. Ramzan Kadyrov, the Muslim leader of Chechnya (which is part of the Russian Federation), was insulted by accusations in the media of gay men being thrown into concentration camps. This was impossible, he said, because Chechnya was too pure to contain any homosexuals and, anyway, they would be killed by their families before the state could get their hands on them. Well, that is that then.

That persecution and death follow on the heels of gay love in so many places throughout the world and is justified by the vilest of social and religious doctrines, and that this is so often ignored or derided, should be enough to bring despair and shame to any decent person’s heart.

This is only to take a glance at some of the mayhem and death brought on sexual minorities in the world. To consider the plight of lesbians, bisexuals, and transgender people, never mind giving a full picture of the horrors gay men alone face, would necessitate too many more words and too many more tears.

But what of us in the west? Are we perfect? Of course not. Whilst many western countries have long since decriminalised same-sex love, while some have enacted protections for gays and others against discrimination, and while some have even instituted gay marriage, there is still cause for some despair, for much social and even legal persecution still exist here in the ‘free world’.

One of the standout Democratic candidates for the 2020 American presidential election is Pete Buttigieg. A veteran and mayor of South Bend in Indiana, Buttigieg is also openly gay and married to a man; gay marriage was legalised in the USA by the Supreme Court in 2015. Yet Vice President Mike Pence signed a ‘Religious Freedom Restoration Act’ into law in Indiana in 2015 when he was governor of that state, one of a rash of state laws fought for by religious lobbyists to allow them to discriminate against sexual minorities. So, if America, and Indiana, can produce a credible gay candidate for the presidency and institute equal marriage, it can equally be influenced by the resurgent forces of religious fundamentalism and conservatism (for a taster of the depths to which American conservatism is prone to descend just take a look at the laughable entry on Buttigieg on Conservapedia, that bastion of paranoia and absurdity, which puts the word ‘husband’ in quotation marks when referring to Buttigieg’s spouse and which, of course, states that he is a secret Marxist/communist).

The USA is just one of the ‘free world’ countries where, despite great advances, hatred and persecution of gay people is socially and sometimes legally encouraged. In the UK recently, Muslim parents have protested sex education, fearing the encouragement of homosexuality. In Scotland a poll showed that one in three men believe same-sex relationships to be wrong.

Why does hatred of gays persist so? The reasons are familiar; insecurity about masculinity, repressed same-sex desire, and above all religious faith, which, whenever powerful enough, whether in Christian, Islamic, or Jewish form, will always seek to impose upon society a sexual morality set down by unlettered desert men millennia ago. Thanatos does not just come in the form of execution and murder but in the form of stifling persecution too; Eros is constricted and deformed into a living death for gay men the world over.

Imagine, if you will, being gay in, say, Iran. A lifetime of shame and disguising your sexuality. Your parents and religious teachers, your friends and your schoolmates, drumming into you day after day that being gay is a sin punishable by death, a disgusting, dirty, evil thing to be persecuted and defeated in the name of holy righteousness. Perhaps you succeed in finding some courage and hope when you meet another man the same as you. You talk, furtively and fearfully, about your desires and experiences. Perhaps you fall in love. You dream of escaping the stifling repression of the country and make plans to flee abroad, to live and love in openness and happiness. But then someone spies you kissing. Soon, sinister men drag you to jail, and the even more sinister clerics, robed in black, sentence you to death. As you are led to be hanged from a crane you cry, and people spit at you.

This is the reality that too many people face. Love punished by death, desire strangled by repression, conservatism, and faith. It is a wickedness and a shame upon our species that this vileness persists.

But let us not forget that there is also reason for hope. The western world has made great advances in social and legal attitudes to gay people, and across the rest of the world, particularly in the Muslim world, dissenters, liberals, moderates, and reformers bravely fight for the rights of all types of minorities.

In them hope for change must rest, and all that can be done here is to raise our voices against injustice at home and abroad, and to support those around the world who resist persecution and tyranny. We cannot rest, despite great progress; it is only by continuing to fight that Thanatos can be disentangled from Eros and cast away, allowing love, sex, and desire to be openly and healthily expressed with no ghastly, deathly shadow lurking over them.

Freelance writer. President of the University of Edinburgh Atheist, Humanist, and Secularist Society. 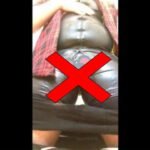 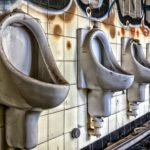 Flushing Women’s Toilets down the Pan – a Backwards Step