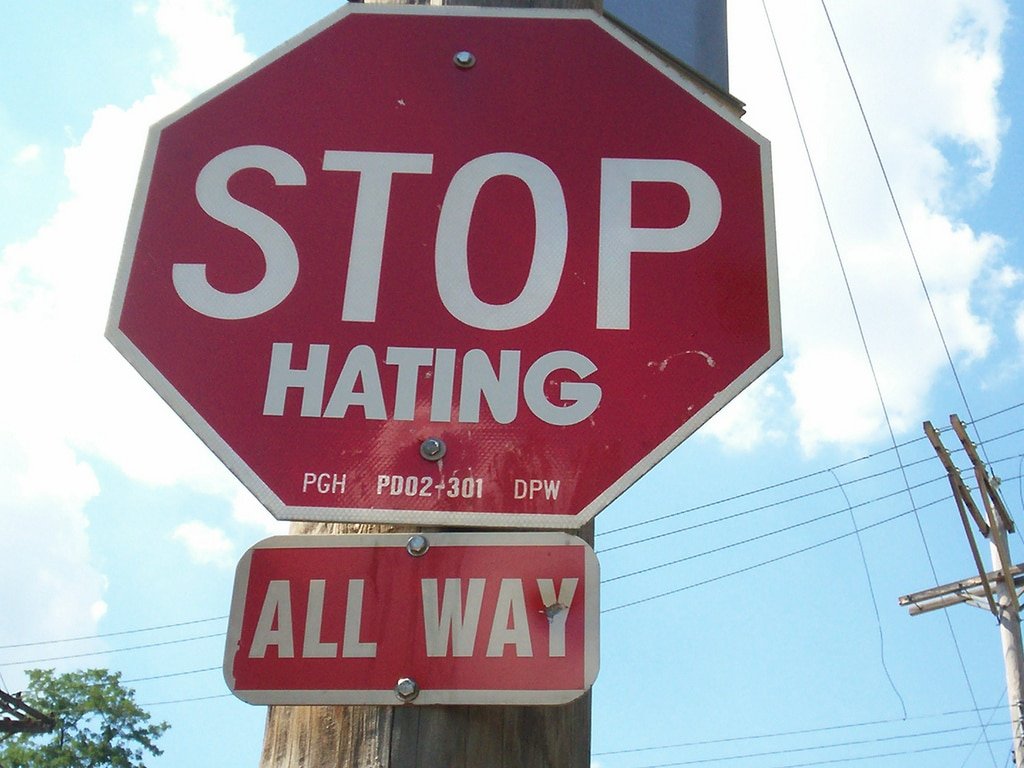 Conflating terms and diluting language to turn prejudice or even genuine criticism into phobias does a disservice to victims and critics alike. We need to be much more precise in our use of language.

It is natural that, as we come to adopt a particular term, especially one for something harmful, people would seek to use similar terms to draw parallels on both an intellectual and emotional level between the initial concept and the new one being described. But we should be wary of such attempts. The fact that something can be described with similar terminology does not mean it is necessarily a similar phenomenon.

A fairly harmless version of this is the transformation of every scandal into a “something-gate” – gate in this case becoming a term for something which has been exposed. This had its origin in the Watergate scandal, named after the hotel in which it occurred. There is no rational reason to describe a scandal as a ‘gate’, but the use of the word immediately draws parallels with something we already understand. Any time you want to present something as an exposure of wrongdoing, you can just call it a ‘gate’ and everyone knows what you’re implying.

However, this dilution of language has the potential to actively harm peoples understanding of the original term, by conflating it with things that are less severe or even entirely different.

Let’s take, for example the use of the term ‘fake news’. This was originally adopted to describe literal fake websites designed to imitate existing, real news sites and bring in views from people duped into believing the articles were real. But in the process of describing this, the term fake news was appropriated–first to describe any news story of dubious origin, and then to merely describe any reporting the speaker disagreed with.

The term has been so widely disseminated across popular culture that now, mainstream media cannot express concerns over deliberately fabricated news stories without critics arguing that ‘the MSM’ has always been ‘fake news’.

In my ‘New Left‘ series, I have discussed the distinctions between ideology, prejudice, and so on. One of the trends I find concerning is the dubbing of everything into a ‘phobia’. The only phobias I recognise are homophobia and xenophobia because they are genuine psychological phenomena involving fear. They are not merely descriptions of a dislike or even a prejudice, but a psychological reaction to a perceived threat.

Prejudice is much more complex than simply being in fear of what you dislike. Overly pathologising your opponents represents a failure to understand the multitude of complex potential reasons for their beliefs. What, for example, is the proposed psychological mechanism for ‘Russophobia’? It’s disgraceful to compare what one could reasonably argue to be warmongering rhetoric and blaming foreign powers for internal problems, and the violence and alienation experienced by victims of homophobia. This is particularly jarring given Russia’s current homophobia crisis.

The concept of ‘Islamophobia’ similarly detracts from our exploring, understanding and combating xenophobia and racism, along with making it more difficult to distinguish between criticism of a belief system and attacks on the individuals who may or may not actually subscribe to it.

There are actually some criticisms of Islam which are wrapped up in ignorance and prejudice – and, indeed, phobias, but in those cases we can describe them as what they are – not invoke a term used to protect religious privileges and distract from the real victims being human beings, in favour of evoking sympathy towards a belief system. A tactic which has proven surprisingly effective in persuading the left to endorse misogyny.

In a similar fashion, ‘transphobia’ exploits the fight against homophobia and sexism in order to focus in on a small group of individuals amongst those who may be perceived as ‘gender non-conforming’. All of us who step out of society’s imposed roles for males and females face potential discrimination and even violence. This does not prove that people who believe their ‘inner’ gender does not match their ‘social gender’ are correct in their beliefs, or that they are targets of a special kind of prejudice. As with ‘Islamophobia’, the purpose of this term is to enshrine not human beings but a belief system.

Finally, there is the shift in understanding of the word ‘hate crime’. The concept of hate crime was supposed to involve an aggravating factor in the course of committing a crime which caused the victim to be targeted because of a protected characteristic. The reason this was considered important was that a crime conducted in order to target someone with a certain characteristic represents a threat to all those who hold that characteristic. But now, hate crimes have begun to be understood as an act interpreted as hatred towards a protected characteristic, and for that reason considered a crime. That is, things which would not normally be considered a crime, but, when interpreted as an attack on a protected characteristic, become a crime. The West Yorkshire Police, for example, confusingly call for the reporting of a hate crime ‘even if a crime hasn’t taken place […] e.g. name calling and offensive gestures‘. Note that there is no mention of misogyny as a potential motivator of hate crime. If the police had to make a record every time a woman experienced street harassment, it’s possible they would never get anything else done.

This same police force has allowed itself to be used as the personal army of transactivists such as Dr Adrian Harrop and the CEO of controversial charity Mermaids. This has seen them interview individuals such as Posie Parker and Graham Linehan for critical comments made online. In possibly the most bizarre case, a 70 year old woman was investigated under suspicion of hate crime for honking her horn at another car driver who turned out to be black. Thames Valley police would go on to conclude that this was not actually a hate crime – merely a ‘hate-related incident’.

Much of this is made possible by misunderstandings and a failure to get to the roots of the issues at hand. Sometimes these misunderstandings are deliberately promoted, such as the dilution of the concept of ‘fake news’ and often with ‘phobias’. We must be incredibly careful with such terms when we come to implement laws and legislation regulating activities defined by them. The entire history of human law is a picture of rules put in place ostensibly to protect the vulnerable and used instead to enshrine privilege. Those of us motivated to improve society must bear this in mind and not allow their brushes to paint too widely.

The Art of Deceit: How Russia Manipulated America into Electing Donald Trump

How Did Populism Capture the Heart of the People?