Anyone familiar with the Canadian rock band Idle Eyes would undoubtedly be familiar with their greatest hit, “Tokyo Rose.” After all, it spoke to many men out there who fell in love with a femme fatale, only to be seduced into heartbreak and dejection. The choice of that particular song title, however, was not random. Indeed, Tokyo Rose was the codename for a group of female Japanese propagandists, all tasked with broadcasting demoralizing radio messages to American soldiers during World War II. What’s more, their propaganda attempted, with some success, to evoke homesickness and jealousy in those American soldiers, implying that their wives back home had already moved on to other men.
It wasn’t a sophisticated act of hypnotherapy; it was a simple and successful attempt to destroy the morale of their enemy and distort their vision of reality. Propaganda plays on the most basic of human instincts. The point of propaganda is that the target does not realize they’re being manipulated. Propagandists prey on human weaknesses, fears, and insecurities, to achieve their goal of subduing their target into despair and submission.
The 2016 US presidential election saw a repeat of that tactic—this time by subversive Russian propagandists. Their propaganda was carried out not through radio broadcast, but through social media, leading up to the election of their preferred candidate in 2016, in multifaceted cyber warfare that exploited the emotional involvement of the American people in values and causes they cared about the most. They manipulated both the right and the left. From immigration to social and economic injustice, the Russians exploited the Achilles’ heel of the American public, giving rise to a candidate that was antithetical to both, all with the ultimate goal of destroying America from within.
The History of Russian Propaganda Follows A Predictable Pattern
To understand why anyone in America should be troubled by the Russian interference in US election, one needs to examine the history of Russian propaganda; that the propaganda instrument Russia has used to influence politics other countries since 2007 can be summarised in one word – discord.
Yes, that is their tool. The Russians capitalize on discord—mostly ethnic and political discord—of a target country to advance their agenda. Most importantly, they invoke the victim mentality in their target population, providing a narrative that justifies false grievances, to wield their influence. It follows a familiar pattern seen in other countries.
For example, in 2007, Russian operatives engaged in cyberwarfare against Estonia at the height of a political calamity. Indeed, the Russians capitalized on the removal of the so-called Bronze Soldier, a symbol of Soviet sacrifices against the Nazis, to trigger massive riots in the capital city of Tallinn. They took advantage of a simple relocation of a statue, from a busy and loud part of the city to the more solemn resting place of fallen Soviet soldiers, and portrayed it as “desecration” of the fallen. The Kremlin promulgated this rhetoric to stoke the anger of the then 30% Russian and Russian-speaking population (forcibly put there by Joseph Stalin in 1940 after the Soviet occupation following the Molotov-Ribbentrop Pact), who did face discrimination as they were ineligible for Estonian citizenship since they didn’t know the official language.
Coordinated cyber attacks and the instigation of the Russian-speaking population, who felt that moving the statue was a desecration and an affront to their ancestors who had sacrificed their lives fighting the Nazis, put Estonia in disarray. Expounding on this bone of contention, the Russians engaged in cyberwarfare against Estonia that same year, targeting Estonian government institutions and organizations, thereby exacerbating the volatile political climate.

A similar tactic was carried out in the former Soviet Republic of Georgia in 2008, to help the Russian-speaking, pro-Russia minorities achieve independence in the regions of Abkhazia and South Ossetia, laying the ground for a Russian military incursion there. Using Western media, the Kremlin advanced their propaganda by using pro-Russian Georgians from South Ossetia as props. One particular case was Amanda Kokoeva, a 15-year-old girl from South Ossetia, who appeared on Fox News with Shepard Smith. Supporting Russia, she criticized the Georgian government and, indeed, what she perceived to be anti-Russian bias in Western media. In addition, rogue online Russian operatives targeted Georgian government websites, while the Russian government publicly supported the autonomous aspirations of Abkhazia and South Ossetia. Russia supports the independence of these entities, while the Georgian government sees these territories as Russian-occupied. While the war was primarily militaristic, the cyber warfare was far from negligible.
And the same thing happened with Crimea in Ukraine in 2014. Inhabited predominantly by ethnic Russians and Crimean Tatars, who mostly only spoke Russian, the Kremlin used propaganda to push for a referendum in Crimea to achieve independence from Ukraine. However, Crimea was later annexed by Russia in March 2014. What was interesting was that this, too, involved a cyber pro-Russian campaign to influence public opinion. One of the primary platforms the Russian operatives used was “Vkontakte,” a Russian language, Facebook-like social media website whose users were primarily from Russia and other former Soviet republics.
These operatives, to quote the US Military’s Special Warfare magazine, vol. 28, issue 4, are “[A] state-sponsored team of commentators, using false identities, that participate in blogs, internet forums and social media to promote propaganda with the intention of swaying opinion, undermining dissident communities or changing the perception of what is the dominant view.” This troll army’s primary purpose was to disseminate false news to stoke ethnic grievances, and in doing so, influence public opinion in Ukraine and facilitate the annexation of Crimea by creating unwitting agents who would campaign for Russia’s aspirations.
As with Estonia, Georgia, and Ukraine, the Russians capitalized on similar ethnic and political grievances in the US to manipulate US politics and, in particular, promote Donald Trump by attacking his opponents through cyber warfare during both the GOP primaries and the 2016 US general election. Faced with changing demographics, coupled with the announcement of Trump’s candidacy where he called Mexicans “rapists,” suddenly the American far-right found a golden opportunity; a darling leader that aligned with their goals, who can be entrusted to advance their agenda. Simultaneously, out of the blue, social media networks were flooded with pro-Trump accounts using thumbnail pics of pretty, young people (along with poorly made memes), who were blindly defending Trump. Invoking nationalism, disinformation, and pro-Trump propaganda, they started to gain influence.
Their racist rhetoric gradually went from fringe to mainstream, under the name “Alt-Right.” Their goal was to normalize racism, to make the average (white) American feel like the victim of the establishment, and that their concerns are legitimate (and in many cases, they are). They took advantage of their economic anxiety in a global market and reframed it through racism. With the “nostalgia” of the “good ol’ days,” the message spread by Trump and the alt-right was fertile ground to sow the seeds of racism and xenophobia. It was quite effective: these operatives made right-leaning Americans feel like their country was slipping away, due to globalization and the influx of immigrants, which was exacerbated by the Syrian refugee crisis. They knew that a lot of prominent, right-wing pundits, like Ann Coulter, who boasts a huge audience and promote anti-immigrant rhetoric, would be prime for manipulation.
The Left Was Not Immune: They, Too, Fell For The Anti-Hillary Propaganda
The 2016 presidential election saw the rise of an unlikely candidate: Bernie Sanders, a Senator from Vermont. Bernie Sanders fashioned himself as an anti-establishment populist, focused on the working class against the tyranny of the corporate elite. What’s more, he promoted socially progressive ideals, traditionally held by the left. He was pro-LGBT, anti-war, pro-equality, and pro-BLM (“Black Lives Matter”). For all intents and purposes, he was the anti-Trump. It was no surprise, then, that he had gained popularity as he and Hillary Clinton fought for the DNC nomination.
Many of his ideas were popular; universal healthcare, higher minimum wage, and tuition-free college.
But he had a certain segment or ardent supporters that were primed for manipulation.
Out of the blue, his Facebook page was inundated with anti-Hillary memes. She was depicted as a corporate elitist, a “Republican-lite,” a racist, and a homophobe. She was falsely portrayed as antithetical to everything Bernie Sanders stood for. They targeted populists, LGBT people, and BLM supporters, with the goal of influencing them to stay home and not vote by implying that both Donald Trump and Hillary Clinton were the same.
And those memes were effective. On some.

While 80-90% of Bernie Sanders primary supporters ended up voting for Hillary Clinton in the general election, there were enough Bernie Sanders supporters who voted for Donald Trump and Jill Stein, the Green Party candidate, in the battleground states (Pennsylvania, Michigan, Wisconsin) to give Donald Trump the presidency.
And beyond online Russian trolls, certain prominent left-wing pundits, like Glenn Greenwald, Raina Khalek, and Cassandra Fairbanks (the latter two work for Russian government news outlets, RT and Sputnik, respectively), began to rail against Hillary Clinton. To them, Donald Trump was the lesser evil.
And it makes sense: Both Donald Trump and Bernie Sanders had a message of isolationism and protectionism. Both approaches would make America take a back seat in global affairs, allowing the rise of Russia as the dominant power that will fill the void of America’s status. In a way, to the Russians, a Bernie presidency or a Trump presidency would be a win. Anyone but Hillary Clinton.


Why were they successful?
Making the target audience feel like a victim and telling them they’re justified in their anger is a classic approach. Thriving on emotion to persuade someone is a classic move. If you tell someone that they’re the victim and that you “get” what they’re going through, they’ll fall for you immediately. No wonder, then, that a lot of people saw a “saviour” in Trump; he capitalised on the “forgotten”; the so-called “silent majority,” if you will. This is called “PSYOP,” or Psychological Operations; a form of online psychological warfare, with the sole goal of influencing public opinion in a way that is beneficial to the warring party. This is how it worked out here. Spreading discord and stoking nationalistic sentiments is a classic move by Russians to influence the internal affairs of a foreign nation to its favour. The Russian influence in the US election was more significant than many could imagine. But it doesn’t matter – Russia got what it wanted, and to hell with the rest of us.

An Arab who stands for liberal values and believes that no idea is immune from criticism. In my free time I love learning about foreign cultures and languages. 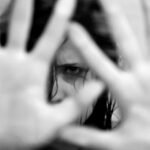 Sexual Assault: We Know the Problem. It Is Time for a Solution 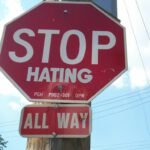