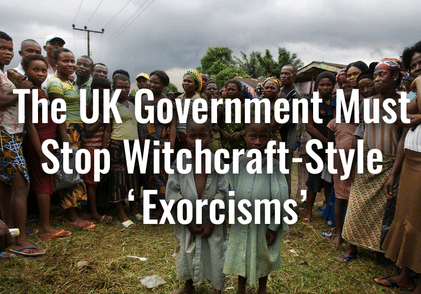 Some weeks ago I urged the UK authorities to halt a Nigerian pastor visiting London.
D K Olukoya is a church minister with a sinister mission – to eradicate witchcraft. He was scheduled to perform deliverance and healing services at an event that was organized by the UK branch of his church, the Mountain of Fire and Miracle Ministries (MFM). I made it clear that sanctioning witchcraft exorcists was crucial in preventing and eventually eradicating witchcraft-style exorcism in a number of UK black communities.

Apparently, nobody heeded my warnings because the event sadly went ahead. However, it was encouraging to know that a small group of atheists, under the umbrella of the London Black Atheists (LBA), understood the potential risks involved in providing a platform for Olukoya to recharge and re-infest UK black communities with the virus of witch-hunting and exorcism. Some of its members suspended their atheism for a night, went undercover and participated in this dusk-to-dawn program. They have issued a report on their experiences at this church event. In fact, they raised some issues which the UK authorities should seriously consider with the utmost urgency. First of all, they drew attention to the state of the venue where the program was held:

The service took place at the ExCeL Centre, London, which is a huge exhibition  and convention centre. MFM used part of the centre that looked like a warehouse  or a very large sterile space for the service. We were told that the section used by  the church had a capacity of 15,000 people.  It was difficult to estimate how many,  but there were indeed thousands of attendees.

It is important for the authorities in the UK to pay attention to the kind of places churches use for their programs because these ‘sterile’ locations probably play a role in conditioning attendees to imagine evils, demons and witches. LBA members were particularly concerned about the time of the event and the impact on children:

It was an all-night service, from 11pm to 5am.  One would think this would be an adults-only event, but many parents came with children of various ages, including babies and toddlers.  It was very unnerving to see so many hundreds of children in such discomfort.  On one side of the arena, prams and buggies were lined-up in a kind of static convoy. It was quite distressing seeing children spread out on stiff folding chairs, trying to sleep, covered by coats, shawls, and for those whose parents had some forethought, pillows as well. It really looked almost like a place of refuge from a war or a natural disaster.

This is an issue that should be looked into by the relevant agencies. The UK government should investigate how these all-night church services are conducted and the impact on the health and wellbeing of children. Just imagine that. Children are taken to these church programs and made to sleep on chairs and covered with coats and shawls at a time they should be lying on their beds. How could one possibly not consternate over such a thing? Shouldn’t parents/caregivers who subject children to this form of treatment be somehow reprimanded?

The LBA members narrated what they described as a mind-boggling experience:

We witnessed a deliberate invocation of mental-derangement and enslavement of a mass of black people. The most mind boggling moment was when the pastor ordered the congregation to hit or slap themselves on the head. Almost everyone started hitting themselves on the head. We had no choice as ‘undercover agents’ but to join in. It was synchronised madness, humiliation and denigration. There can be nothing more disturbing than seeing thousands of people hitting themselves repeatedly on the head for several minutes for no other reason than a Pastor merely telling them to do so.

My question is this: considering practices done in the name of ‘religion’, at what point do we say “enough is enough”?

What took place in this church has inevitably subjected the attendees to some serious health risks The challenge in this case. as in other matters, regarding religiously-influenced abuse (let’s be honest with ourselves, this is abuse) is that people deem harmful religious practices condonable in virtue of the fact that people have the right to exercise one’s freedom of religion and conscience. This erring notion has to be corrected. The scope of one’s freedom of religion ends when that very freedom incurs harm to others.

Focussing again on the service, the much-expected hour of deliverance from witchcraft finally arrived a few hours after midnight:

By 3am, we were wondering about the witch-hunt, the horrid witchcraft allegation by the pastor. We thought that maybe he would not be so bold as to do this in London.  But, Pastor Daniel Olukoya started to preach acquisitions of witchcraft by inheritance. He preaches that people whose ancestors, parents and families practised witchcraft or African traditional religions will automatically inherit witchcraft. The church is fully aware of what is acceptable in the UK, and finds a way not to directly call people and children ‘witches’. People were made to feel they were possessed by evil demons and they were summoned to come forwards for exorcism (called deliverance). The pastor called out for people whose ancestors and families practised witchcraft. The pastor promised them deliverance and that he would break the yoke of witchcraft. People streamed forwards to the altar in their hundreds, some of them with their children in tow!

Apparently, some people would say: ‘There is nothing wrong with this’. ‘This is a benign form of deliverance. After all, nobody was physically hurt’. Well, this is what the LBA members had to say:

We are concerned that this is going on in the UK.  It is worth bearing in mind that most of the witchcraft related abuses takes place in people’s homes, behind closed doors, when they have been convinced during these services that a woman or a child is a witch. Calling people witches must not be allowed to go on in the UK, and pastors that do this should be banned from the UK. We do not have the words to convey adequately the extent of the distress, hysteria, mind control and delusion that took place at this event.  Under the cover of ‘freedom of religion’, this mass abuse is allowed in the UK, and these churches are encouraged with tax breaks and charitable status.

The UK government should take this concern seriously if they are really committed to fostering a society that readily deters institutionalized abuse. This abuse is becoming increasingly institutionalized in black-communities, particularly those deeply religious, and it’s abuse that is being disgustingly safeguarded by an erring argument regarding one’s ‘freedom of religion’. The UK government must shatter this safeguarding, and accordingly thwart ‘witchcraft exorcism’ for the very sake of protecting those who inhabit one of the most underprivileged and vulnerable communities in Britain. This can only be done by establishing effective preventive measures that ensure that what happened to Victoria Climbie and Kristy Bamu does not happen to any other child. However, the UK government cannot achieve this goal when they give witch-exorcising pastors and churches a free-pass, or provide them platforms to call out and exorcise witchcraft. LBA members suggest that black-churches rethink the role they play:

Outsiders often talk about black churches as being filled with singing, joyfulness, and happy, clappy people. Nothing could be further from the truth in many churches. We must not forget that these churches are the breeding grounds of what caused the horrendous abuse and ultimately the murder of Victoria Climbie and Kristy Bamu. Hundreds of children are at risk in the UK!

And finally, they suggested:

The UK authorities have to stop the likes of Pastor Daniel Olukoya from entering the UK, and churches involved in witch hunting and witchcraft allegations should be monitored closely

Well, I couldn’t have stated it better myself. 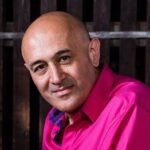