Skip to content
Africa • Opinion  »   How to Decriminalise Homosexuality in Tunisia 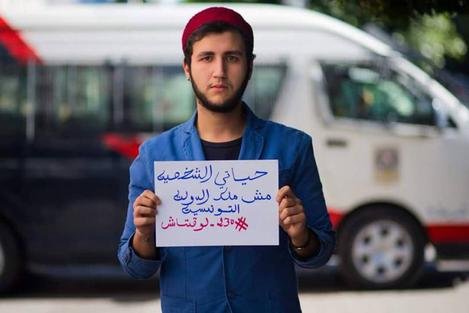 In July, Tunisian lesbian, gay, bisexual, and transgender (LGBT) activist Ahmed Ben Amor attempted suicide for the second time in one week. He was left in a coma after attempting a drug overdose. What motivated Amor to do this to himself?

Amor’s mother and father threw him out of their house after finding out about his homosexuality. When they heard about Amor’s suicide attempt, they drove from their hometown of Mahdi to the hospital in Tunis, where Amor was recovering. According to one of Ahmed’s good friends, his parents have now “accepted the fact that their son is gay.’”

Amor is Vice President of Shams. It is Tunisia’s first LGBT organisation to receive official authorisation from the Interior Ministry. Front Line Defenders (FLD), a human rights organisation, states that Shams members have been subject to “systematic smear campaigns by religious actors and conservative political groups,” including death threats.

Homosexuality is illegal in Tunisia. According to FLD, “Article 230 of the penal code criminalises ‘homosexual acts’ for both men and women in the Arabic text and ‘sodomy’ in the French version.” The punishment for homosexual acts is three years of imprisonment.

Daily death threats against Amor, which his friends say motivated his suicide attempt, might be part of a rising tide of homophobia in Tunisia.I contacted Shams president and human rights lawyer, Mounir Baatour, to learn more about the origins of Tunisia’s homophobia. I asked if Tunisian homophobia is rooted more in culture or religion. Baatour believes that both culture and religion are to blame.

I asked if only Muslims in Tunisia are homophobic, or if homophobia exists among other religious groups as well. Baatour said, “Tunisia’s religious minority groups are so small that there are not statistics on them. Jews tend to be homophobic, as well. However, their voices are not powerful enough to influence society. The main origin of homophobia is a retrograde understanding of Islam.”

I asked which holy texts are used to justify homophobia. Baatour said, “The Surah in which men who are sexually attracted to men commit an abomination.” Due to this widespread belief that homosexuality is an abomination, Tunisian families often react very violently when they learn that a family member is LGBT. Consequently, many LGBT become homeless due to violence by their families.

Homophobia is present in Tunisia’s society and its political landscape. American journalist Conor McCormick told me via Twitter that Tunisia has never had laws against LGBT discrimination. I asked Baatour if this meant that it was legal to fire an LGBT person from their job due to their orientation.

“Work dismissals are very common. If an LGBT person wants to make a complaint about discriminatory work dismissal, they must take their case to court, since there are no official laws protecting them. Their case falls within the discretion of a judge. Many LGBT people, however, don’t report work dismissal because they are ashamed to report their cases to judges”.

Violence against LGBT Tunisians also often goes unreported. Baatour says, “Violence in general is illegal, however many LGBT people worry about what will happen if police find out about their sexual orientation.” I asked what would typically happen. “If the police discover their sexuality, they risk humiliation, insults, torture, and imprisonment.”

Until April 2016, Tunisia’s LGBT population was under the radar. “The situation was hidden and silent in the male demographic. Women are worse off than men because their families often pressure them into arranged marriages. Lesbian women often marry gay men. This way, there is a mutual understanding that neither person in the marriage is attracted to the other, yet they can also avoid coming out as LGBT to their families.”

In April 2016, the silence was broken. On April 14, Tunisian actor Ahmed Landolsi made homophobic comments on a talk show called El Hiwar Ettounsi. Landolsi was asked about his views on homosexuality. He replied saying that homosexuality is a “sickness.”

According to McCormcik, Landolsi also said that homosexuality is against Islam and therefore against Tunisia’s constitution. Amor appeared on the show to condemn Landolsi’s comments and debate a singer and an Imam about homosexuality. He stated that Shams’s goal was to have Article 230 of Tunisia’s penal code repealed.

Shortly after the episode was aired, homophobic backlash erupted throughout Tunisia. On April 26, a Shams member under the pseudonym ‘Mohammad Shams’ told France 24 about increasing levels of LGBT discrimination. Restaurants, cafes and grocery stores displayed signs declaring “No homosexuals allowed.” Photos surfaced with messages calling for homosexuals to be killed.

Mohammad said, “They appear to have been taken by the police, the National Guard, and the army.” McCormick says that several violent attacks were carried out against LGBT community members and activists, including one against Shams member Bouhid Behadi. Another LGBT activist, Ramy Ayari, was beaten and kicked in the face by off-duty police officers outside of Wax nightclub in Gammarth, a suburb of Tunis, on April 29.

Mohammad asserts that some Tunisians voiced their support for LGBT people. “Some policemen and soldiers have reacted with positive messages, for example: ‘We’ll protect everybody. We have called on the authorities to intervene and put a stop to this hate speech, which is becoming really disturbing.’” While homosexuality is “still very frowned upon in Tunisia” and thought of as ‘unnatural’, Mohammad has hope that “mentalities are evolving.” He says that three years ago, 94 percent of Tunisians were against homosexuality. Today, 64 percent are against homosexuality.

(Mohammad used his pseudonym due to concern for his safety).

I asked Baatour what Tunisians and non-Tunisians can do to empower LGBT Tunisians. Baatour replied, “Tunisians must speak about LGBT rights in the media to convince the public of the seriousness of the situation (drugs, AIDS, suicide, expulsion from families). Europeans and Americans must pressure the Tunisian government to decriminalise homosexuality. Pressure can include boycotting tourism in Tunisia until homosexuality is decriminalised.”

Non-Tunisians are also welcome to donate to Shams and do activist work with the group. “As [the] President of Shams I declare that we have no limits as to who can help us, we are willing to work with all national and international organisations.” 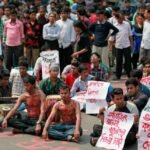 Bloggers in Bangladesh Are Being Attacked, Imprisoned or Executed 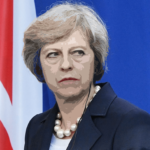 We Should be Worried about ​Theresa May’s Conference Speech