Almost everything in Theresa May’s conference speech deserves condemnation. It was a populist pitch to xenophobia and a call to ignore economic reality and charge headlong into the disaster that will be Hard Brexit. The Prime Minister has turned the Conservative Party into a slicker, less comedic, and much more dangerous UKIP.

Alongside the frightening anti-immigrant posturing at the conference, and May’s embrace of economic policies borrowed from such luminaries as Ed Miliband and Joseph Chamberlain, May’s comments on citizenship could pass under the radar. However, her affirmation of nationalist identitarianism and her attack on a rootless ‘international elite’ was extremely revealing of an intellectually bankrupt and destructive worldview.

For the Prime Minister, people who think of themselves as citizens of the world are actually citizens of nowhere and have no understanding of what citizenship is. This contrasts with virtuous nationalists who value members of their own community more than other people. Importantly, cosmopolitanism was framed as the preserve of globetrotting international elites whose interests align with one another and diverge from those of ‘ordinary’ people.

In strategic terms, May’s alignment with this perspective is relatively savvy. Such sentiments are not uncommon, and are a major part of the backlash against globalisation; underpin the difficulties faced by the Euro project; and, in particular,  informed the vote for Brexit. She has been able to favourably contrast herself with both the purportedly unpatriotic retro-socialism championed by Jeremy Corbyn’s Labour Party and the supposedly dislocating and atomising neo-liberal globalism that defines an unpopular establishment consensus.

Regardless, May is appealing to and promoting something ugly and dangerous. It is worth noting that a long-standing anti-semitic trope is the characterisation of Jews as ‘rootless cosmopolitans’. Whilst May’s brand of nationalism is a far cry from outright racism, the parallel revealingly points to the limits to and problems with any crude communitarian approach to identity.

Simply put, why is it better to identify more with someone who lives next door than with someone who lives in another country? If anything, having such a biased circle of sympathy is the more ethically problematic stance. It is probably true that most people do have limited and partial circles of sympathy. It may also be true (and I sympathise with the view) that our concerns for others are and ought to be sensitive to personal relationships and networks of reciprocity and connectedness.

The problem lies with arbitrarily selecting the nation as the primary and most appropriate unit of loyalty and identity. Whilst there may be some particular value in local community ties based on a shared language and identity, there is no reason to treat this as superior to any other kind of bond, network, or sympathy between people and communities.

Personal and business relationships and exchanges across borders have as much validity as those formed within them. Indeed, allowing people to make varied, spontaneous, organic, and individualised connections you create the opportunity for more economic efficiency and a richer, more vibrant cultural environment. By contrasting ‘true’ citizenship with world citizenship, you promote a nationalism defined by exclusivity and restricted horizons.

This difference in values speaks to the heart of what is ‘wrong’ with globalisation. Broadly speaking, the net effect of reducing barriers to the movement of people, trade, and capital has been positive overall and, in particular, for the poorest people globally. However, it may also be true that poorer people in richer countries have seen smaller (direct and visible) benefits, or have lost out. For the nationalist, the losses of ‘their own’ trump even more significant benefits to ‘the other’. For cosmopolitans, this is arbitrary at best.

The real issue with the nationalist perspective is the solutions it offers. Attacking international students, chasing away talented workers, and sending foreign doctors home would result in a haemorrhaging of talent and lost contributions. Protecting industry in one sector can mean higher costs for other sectors and higher prices for consumers. Aside from damaging the economy as a whole, even unilaterally employing protectionist policies and restricting migration will actually cause the most harm to the poorest people within your own country.

Nationalism’s narrowness makes it self-defeating. If you pursue policies that protect your own at the expense of ‘the other’, you are likely to perversely make everyone worse off. In the context of Brexit, taking a hard-line by refusing to compromise on free movement and playing with using resident EU citizens as a bargaining chip will not only result in the loss of access to the Single Market but will also provoke further retaliatory measures from other EU countries. Similarly, adopting economic nationalism is the perfect way to create a hostile environment for foreign businesses and investment.

This is not to say that more should not be done for those who have been, or perceive themselves to have been, ‘left behind’ by global integration. Whilst trade and migration do not result in job losses and wage depression overall, they can do in certain sectors. The government should promote and invest in making retraining more accessible, and/or even introduce a basic income, to mitigate the harms of structural unemployment and to compensate the losers of a flexible labour market.

Nevertheless, turning away from globalisation and championing narrow nationalism in the name of populism can only be destructive. Even if cosmopolitans do not understand citizenship, the only way to further a nation’s interests is through an open, tolerant, inclusive, and laissez-faire perspective that transcends borders.

But then, as a rootless cosmopolitan and a member of the international elite, I would say that. 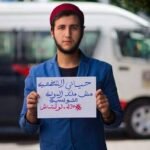 How to Decriminalise Homosexuality in Tunisia 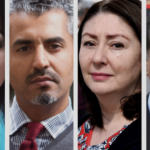 The Vilification of Ex-Muslims and Islamic Reformers