The paranoia among India’s Hindu Right about ‘Love Jihad’ reflects age old patriarchal notions of women as the property of men.

The planter class which had entrusted its wives and daughters to male slaves when the masters went off to fight the Civil War was now in near hysterics over the slightest interaction between white women and black men. It did not seem to matter that the danger to white women of rape by a black man, according to the white South Carolina-born author Wilbur Cash, “was much less, for instance, than the chance that she would be struck by lightning.”

Isabel Wilkers, ‘The Warmth of Other Suns’

Throughout history, all patriarchal societies have treated female sexuality as a commodity. The first laws against rape in the civilised world were a form of “property crime” against the man who was supposedly in charge of the victim. A woman’s sexuality was everything from a political barter by way of marriage between monarchies to a tool of humiliation and subjugation when violated by invading armies; everything except hers to exercise of her own free will.

It is, therefore, no surprise that India’s incumbent Far-Right quasi-theocratic ruling party the Bharatiya Janata Party (BJP) which aims to bring back ‘Ram Rajya’ (the era of Lord Ram from the mythical epic Ramayana) has passed the Prohibition of Unlawful Conversion of Religion Ordinance in Uttar Pradesh, the most-populous state in India. This is also known as the anti Love-Jihad law. The Hindu-Right justifies the law as a means to protect the probity of nubile Hindu women against the alleged lascivious malintents of Muslim men who will supposedly ‘trap’ them for the sole purpose of spreading Islam by way of conversion. So far, the Uttar Pradesh police have invoked this law – the likes of which haven’t been seen by the world since the end of Nazi Nuremberg Laws – on five occasions. In one case, the cops interrupted a wedding in Lucknow  and asked the couple to take permission from the District Magistrate to get married. In the latest case, Muskan Jahan became the first woman to be arrested under the law for marrying a Muslim man and converting to Islam. She miscarried while in police custody.

The Chief Minister of Uttar Pradesh, and militant Hindu monk, Yogi Adityanath’s crusade against ‘Love-Jihad’ has been inspired by early 20th Century militant Hindutva ideologues, like Savarkar and Golwalkar. Both wrote extensively on the bogey of polygamous, rapey Muslim man preying on Hindu women. Golwalkar praised the Nazi anti race-defilement laws in his writings and implored Hindus of the time to take cue from their “Aryan” cousins in Germany.

India’s secular Constitution allows intermarrying couples to opt for the Special Marriage Act of 1954 when the bride and groom subscribe to different religions. But in a culture steeped in conservatism, the couple is often made to jump through hoops by overzealous government officials and asked to provide consent of both the families. The State machinery does everything in its power to make the ordeal cumbersome, and treats the couple like criminals for daring to defy India’s bronze-age patriarchal ethos.

Marriages amongst Hindus are rigidly confined by caste and gotra. However, they are hardly the only ones. All Indian communities are dogmatically conservative in this regard. Arranged marriages form the overwhelming majority of unions, where families decide the fate of two people who are complete strangers to each other, and the brides seldom have a say. I have known colleagues from the hinterlands who were married as recently as 2015, and didn’t meet their prospective spouse until the ceremonies began. Even seemingly progressive communities such as the Parsis (descendents of Zoroastrian refugees who arrived in India circa 1000 CE), with the highest education and per capita income in the country, were rigidly orthodox for centuries. Some renegade groups have tried to pull the community out of its collective neurosis over intermarriages. The Muslim community is itself quite rigid in this regard. The non-Muslim spouse is usually expected to convert to Islam; something that the Hindu-Right has used effectively to propound the boogeyman of love-jihad.

‘Indian culture’ broadly sees women in two avatars – the homemaker or the hooker. Women are expected to aspire to the former from the day they are born, and those that dare to deviate from the plan by exercising agency are branded as the latter. Any single woman who has ever tried to rent an apartment in an Indian metro, or heaven forbid – a hotel room with a male companion – knows this all too well. She must either be affluent enough to afford a 5-star hotel and escape the fetters of sanskari scrutiny, or be able to stomach seedy joints that explicitly cater to Johns. Anything in between and she will be subject to grotesque uncomfortable questions from the reception staff about her “relationship status” with the male guest, under the pretext of “complying with the city’s law enforcement guidelines”. Expat white women are never subjected to such treatment. However Indian women must be kept inoculated from such abhorrent “western” practices.

The historic price of woman’s protection by man against man was the imposition of chastity and monogamy. A crime committed against her body became a crime against the male estate.

The boogeyman of love-jihad serves multiple agendas: it paints Muslim men as deviants, prevents inter-community mixing (much like the Southern whites did to African-American men in the Jim Crow era), and ensures that Indian women don’t dare to have the teremity to exercise choice in matters of love and sex. To enforce this dictat, the Sangh Parivar’s militant outfit, the Bajrang Dal, reportedly scouts marriage registration offices to find inter-religious unions, threatening the families with violence to dissuade them from going ahead with the wedding. The Bajrang Dal is the same outfit whose members burned Australian missionary Graham Stains and his children alive in the state of Odisha in the 90’s.

In 2014, when Narendra Modi was set to become the Prime Minister, wealthy and seemingly liberal Hindus who supported him dismissed the Bajrang Dal as “extreme fringe”, and laughed at critics of Hindutva (a Far-Right ethno-religious ideology that aims to establish a Hindu theocracy on the sub-continent) who pointed to the fascistic roots of the Sangh Parivar (an umbrella term for various Hindutva organizations of which the ruling BJP is the political arm) and its Nazi-fanboy founders. Since then, the Bajrang Dal has morphed into an SA style parallel police squad, terrorising minorities in the parts of India’s cow-belt where the BJP is in power at the state level.

Women’s rights will be the biggest casualty in Hindutva’s culture war to take India back to its medieval past, as it has been with every Right Wing conservative religious movement. For a society where ‘clan honour’ is eternally bound to female genitals, a woman exercising agency in matters of marriage and sex will always be an existential threat to its culture and social fabric. It may be decades before Indian society can exorcise the regressive edicts that shackle women to its bronze-age patriarchal ethos. Until then, the only recourse consenting adults have is a shaky judicial system obligated to protect their fundamental rights guaranteed by India’s secular Constitution.

Political commentator on all things India, History and Religion. 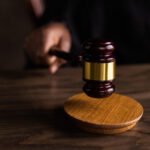 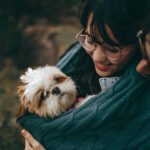 What is Our Moral Responsibility Towards Animals?