Skip to content
Opinion • World  »   “Interpretation!” Is Not an Acceptable Reply to Criticism of Religious Texts 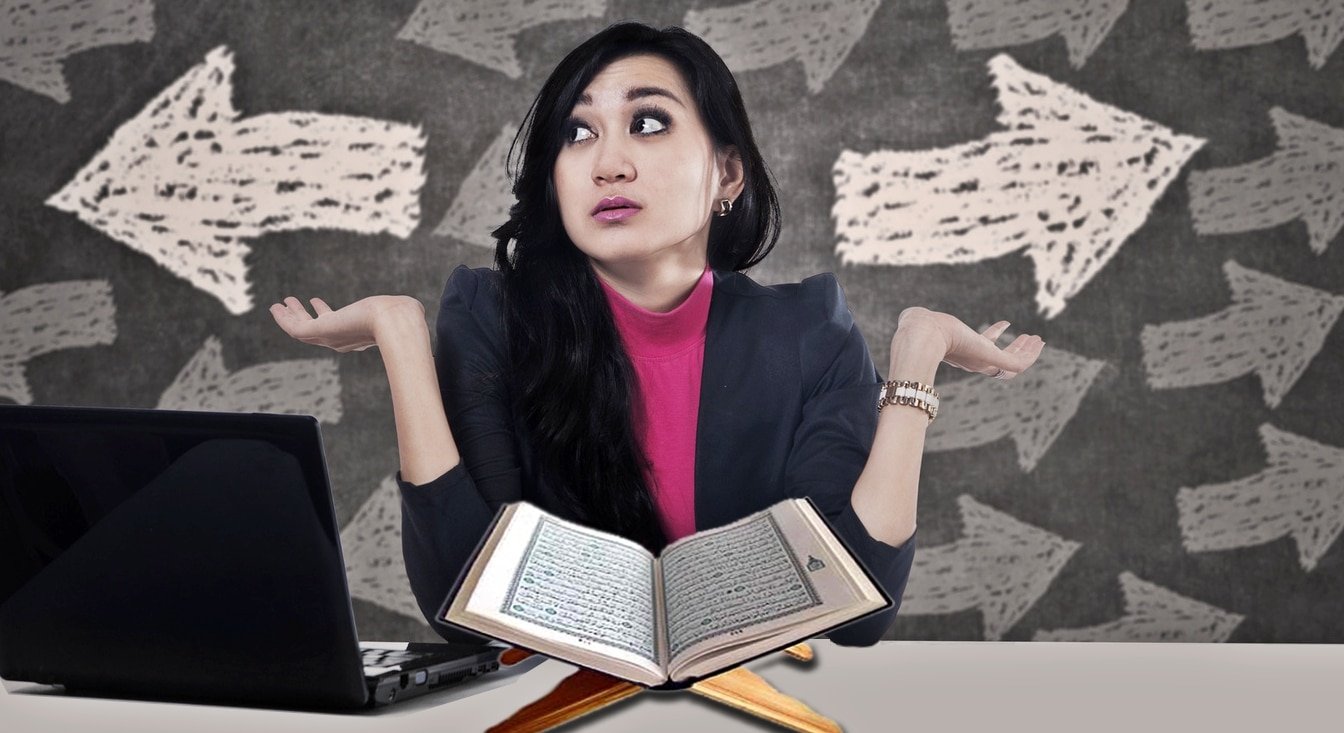 Religion, its role in society, its importance and the liberties it is accorded are in the news again. Particularly when it comes to matters of social equality, the argument that a given religion or ideology is fundamentally skewed against socio-cultural progress meets with swift denial and the insistence that religious import depends on interpretation. This is not an indirect attack on Islam. In fact, followers of every single institutionalised religion in recent history (particularly in the past century) have made this argument at some time, with varying degrees of emphasis and plaintiveness. When confronted with problematic statements, or lessons in their fundamental texts, they argue that the underlying message is the point to be absorbed. This argument is fundamentally untenable. That a statement can be interpreted in a positive sense does not detract from its inherent harmfulness. There is a surfeit of historical evidence that proves this to be a sound assumption, and yet people continue to insist that interpretive miracles can cleanse a skewed doctrine from being so.

A fitting example to demonstrate this is the legal system, which also attempts to regulate human behaviour, based as it is on a constitution in most countries. Among countries that have a constitution, or a fundamental text laying out the individual’s rights vis- a-vis the state, many also have a judicial organ vested with the authority to oversee that the country’s laws are not in violation of such basic individual rights. In these countries, a first or second year law student will come across ‘tests’ that the courts use to assess a country’s laws. Chief among those tests is the idea that the law should not be too vaguely worded, or its elements too imprecisely defined, or major aspects riddled with uncertainty. This test is applied with particular vigour when assessing criminal laws and taxation laws, both of which can have dire consequences for an individual. The reason? Those who draft constitutions, and indeed judges, are only too aware of the dangers of a vague or imprecise law that leaves too much up to interpretation. ‘Interpretation’ is essentially a double-edged sword. Which side is used depends on the user, and visionaries who participated in State-building are only too aware of this fact. They are also plainly aware that, given the chance, ‘interpretive’ conflicts will lead to oppression of the individual. Remember also that even such institutions have developed, over a period of time, a set of principles (principles of statutory interpretation) that must guide their own interpretation of a law – as a limit to their own capacity.

The entirety of human history is rife with instances of abuse whereby powerful authorities, insufficiently constrained, interpret vague norms in ways that are favourable to them. In the 21st century, a vague law is susceptible to harsh or lenient interpretation depending on the interpreters’ interests, but it will almost never be uniform, equitable, or consistently in deference to fundamental individual rights. Repeatedly, freedom fighters, constitutional scholars, celebrated judges, and indeed, nation-state builders, reiterate the need for laws and structures that deal with the public to be as clearly defined as possible, with as narrow scope as possible for interpretation, simply because they are aware of the immense threat interpretation poses to an individual.

The consequence of a law being vaguely defined, or incoherently described, is of particular interest. Constitutional courts (or equivalent authorities), when they come across such laws, do not lay down a ‘right interpretation’ and move on; rather they strike down the law as being in violation of basic norms regarding legislation. If that would cause too much disruption, they try to ‘sever’ or ‘expunge’ the problematic aspect. Why can’t these purportedly venerable authorities that preside over our laws, and are expected to be guardians of individual rights, simply lay down what they consider a suitable interpretation? For the simple reason that they cannot be certain it will not be overruled, and that it is not in their remit to do so.

In a democracy, technically, the people afford the power of law-making to legislative organs, and it is the legislature that has the power to make laws that are not so vague so as to lead to an abuse of power. A court, well-intentioned though it may be, may well provide an interpretation that is entirely out of sync with the population. Moreover, an interpretation by one court could always be overruled by another court later in time. It can thus never be fully ensured that the ‘interpretation’ would remain the same. In such a scenario, who is to say what such a law will be used for, and can those who consider themselves ‘guardians’ leave that to the whims of human nature and thirst for power?

Examples of the limitation of power are present throughout the public structures in most democracies. Administrative law, for instance, is an entire body of law that is primarily concerned with the control of power, a system devised and reinforced by scholars and leaders who were only too aware of the risk posed by human authority. Similarly, when elected legislative bodies delegate the process of making subordinate legislation to executive (un-elected bodies), it is considered imperative that their instructions to the executive are clear and detailed, so that the executive bodies do not overstep their limits by ‘interpreting’ the scope of their task. At the international level, there is even a greater concern about such issues. Diplomats, lawyers and scholars argue and negotiate over every single term in a text that may be susceptible to interpretive uncertainty.

Shortly after 9/11, a spate of resolutions by the United Nations Security Council turned out to be unpardonably vague, endangering lives and livelihoods, and rendered almost fruitless due to interpretive conflicts. At the opposite end of the scale, current measures against ‘extremism’ are often difficult to implement because of the variety of interpretations, a phenomenon that justice systems and governments are finding crippling. All of these trends in the sphere of public law sphere circle back to the simple fact that, when it comes to norms regulating human behaviour, it is a terrible idea to leave much up to ‘interpretation,’ since inevitably, the most harsh or draconian version will gain power and acceptance.

It is also worth noting that in this game of ‘interpretive superiority,’ it is not just a religious text that is at issue, but the actions of authoritative figures within the religion. Religions sometimes become the source of extremely harmful notions or practices not through their texts, but through the proclamations of their champions. The lives and words of prophets and gods are frequently used to infuse a chosen interpretation with legitimacy. There is an important reason why the politicians, community leaders and religious figures are held to such a high standard of behaviour: it is well known that their supporters and adherents are bound to emulate them in many aspects of their behaviour. Almost every religious figure has, perhaps bound by the circumstances of their time, said or done things that are undeniably inconsistent with progressive values of today. But their doings are still held as laudable examples, their every word recalled when interpreting religious texts. In such a scenario, the legacy of religious figures forms an intrinsic part of the basic normative framework that is interpreted, and are also susceptible to being twisted and manipulated by the powerful group that controls the narrative at any given time.

This plain reality is often overlooked given the sway religion holds over society . Feminists, LGBT individuals, activists that represent groups disadvantaged by religious edict, all sidestep the core issue of what the religious ideology says. Attempts to justify varied interpretation often take two forms: those in power have either poorly interpreted the more regressive norms or oppression also exists in non-religious paradigms and must thus have little or nothing to do with the religion itself. The second argument is fallacious. That one form of oppression has its origin in, and is reinforced by, a particular religious doctrine does not logically preclude oppression from being justified through other normative systems. Thus, the fact that a certain form of inequity also exists in the absence of a religious ideology does not imply that the religion is incapable of giving rise to and sustaining an unequal social dynamic.

The first argument fails to function as a sufficient defence because of the dangers of relying on interpretation as a method for mitigating the effect of harsh terms used in religious texts. The usefulness of interpretation as a bulwark to protect basic rights is determined by the interpreting authority. The wildly oscillating function that ‘interpretation’ serves reveals its limitations as a vehicle to argue that a particular religion is actually compatible with contemporary views of gender equality. One cannot adopt an interpretation that is specific to an individual, and thereby extrapolate said understanding to be a universally acceptable one. Application of a rule, whether borne of society or of the government, is not always subjective – to argue so would be both disingenuous and in flagrant denial of actuality.

Norms regulating human behaviour, therefore, whether religious, cultural or legal, can only properly function as valid signposts for human conduct if they are capable of presenting a single meaning that is universally agreed upon and immediately apparent to anyone. If a particular standard, for example, were to be construed in vastly different ways and if all of these were to be defended as equally valid, the standard would have no value in guiding people’s behaviour. A religious text is an obvious source of standards for our daily life. If we must rely upon it, the meaning that is universally inferred from a text should be taken as the core of the text / statement. This is imperative even if it means the text or edict is reduced to its most simplistic meaning. Otherwise, the slope of uncertainty that contextual interpretation leads to is indeed slippery. Unlike laws, where there are structures and authorities in place to give unassailable explanations, and where the common man rarely attempts it on his/ her own, a religious text is today accessible to most people, and each has the ability to understand it and apply it in light of their own background. Giving in to all interpretations is tantamount to declaring there is no certainty in the norm itself.

Hence, assessing the compatibility of a doctrine with the contemporary understanding of human rights requires that the doctrine’s most obvious meaning be taken into consideration. To select the most favourable interpretation in a bid to alter the original doctrine is as dishonest as it is a waste of time, since that will not be how said doctrine is being applied to people. Obvious statements engendering discrimination and unequal treatment therefore, should be seen as such. Sleight-of-logic arguments that use interpretive tools to twist the plain text are just that – an attempt to camouflage the true intent of the words in a fight to preserve their legitimacy. When assessing a text / norm, we shouldn’t be asking ourselves if it can have a positive light – we should be wondering how it can be used to affect a vulnerable section of society in the hands of a group that bears them no good will. 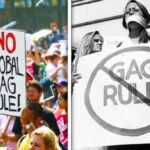 Reproductive Health is a Human Right and is Under Attack 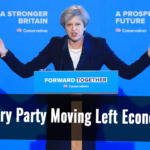