We bring like-minded people together by organising monthly lectures, social nights and guided discussion groups. We support other related local groups in western PA and try to coordinate our activities with them. We try to get our views into the public sphere by working with local media and thought leaders.
We have a great annual canoe/kayak trip on a local river followed by a family style shrimp boil picnic. Not to be missed!
We celebrate small victories – one of our local members just had “ATHE1ST” vanity licence plate denied by PennDot (PA Dept. of Transportation).  The plate was issued after Freedom from Religion Foundation (FFRF) attorneys reminded PennDot that issuance of such a plate does not violate rules prohibiting “offensive language or slogans” and that the individual(s) who may have denied the application could not allow their own religious beliefs to infringe on the applicant’s right to free speech.
More important than the issuance of the single license plate was the local media coverage that educated the public about church-state separation, helped normalise atheistic worldviews in the community and informed readers of the existence and activities of CFI and other secular organisations.
What are the important of science, reason, and secular humanist values?
I think of science and reason as merely the means to the end – secular humanist values.  I think the idea that any belief not based on reality is either useless or harmful is kind of an a priori proposition, so I can become overly excited when trying to explain. Let me propose an I.T. analogy:
(Science) in this analogy is a valid database.  The nature of science is observation, and the identification of truth, facts. Testing hypotheses results in the validation of the existing truth/facts and the rejection of falsehoods. This both refines and expands the database – it becomes an ever-larger repository of truths/facts.
(Reason) is the computer program we use to analyse the database.  It is the program’s capacity to apply logical rules that insure correct and reproducible output when we manipulate data.  A program that doesn’t have correct logic, or that introduces random instructions (dogma) we would call “corrupted” and unsuitable for any use.
(Humanist Values) is the output when we run our database (Science) through our program (Reason) with the query “how should human beings behave and act within society to maximize human happiness including social justice…etc.”
All good things flow from the act of critical thinking. To improve the critical thinking skills of humanity would promote science, reason and secular humanist values exponentially.
Sunday Assembly Pittsburgh (unaffiliated with CFI) is a 501(c)(3) non-profit corporation, one of 70 worldwide affiliated with the UK registered charity Sunday Assembly. You call yourselves “A Secular Congregation that Celebrates Life.” What is a typical secular congregation gathering like on Sundays?
We strive to live out our motto: Live Better, Help Often, Wonder More. Two descriptions of Sunday Assembly that quickly describe the nature of the event are “Atheist Church” and “TED talk with karaoke.”  While putting those two together may best evoke an image of the physical event, it’s what’s happening below the surface that provides value to the human community.
Assemblers are “good without god.” But they recognise that traditional religious congregations provide value based on community. Assemblers come together to learn ideas that enable them to live more fully and wisely. They celebrate their shared values with readings and music. They support each other as needed and do perform charitable works within the community.
We have an Assembly filled with young families with children, it’s probably most rewarding for me to see these children grow up free from the horrible guilt and prejudices imposed by organized religion, while being exposed from an early age to critical thinking, science, reason, tolerance, and encouragement to live this “one life that we know we have” to the fullest.
What has been the experience for the “congregation” from reports to you?

So many people have come forward to thank our group for providing a safe place, a welcoming place, for letting them know that others share their worldviews and experiences. For putting them together with others that inspire and empower them to leverage their talents to stand up for their belief in a society in which currently about 75% (but declining!) of people hold worldviews in strong opposition.
I think there is a real parallel with the LGBTQ movement of some years ago where it took a real act of courage for many people to come out of the closet and share their orientation with family, friends, co-workers, community. And with the advent of social media, “the world.”  It’s empowering to know that others have the same orientation or worldview, and once a critical mass is reached real social and legislative changes follow in our society.  Without minimizing the challenges still in front of the LGBTQ community, it seemed (at least before the recent election) that critical mass had been reached and changes were forthcoming; we still have a way to go with the secular humanist cause.
Can you sum up your own experience with both CFI and Sunday Assembly?
On a personal level, I have found great reward in helping to promote and advertise the both local secular organisations such that people who have left (recently or long-ago) a faith-based support community can find an alternative supportive community of people who share their values.  Most want to promote their secular worldview; they just need encouragement and sometimes mentoring to recognise how they can support the mission that we share.  As articulated by Aristotle’s statement “Give me the child until he is 7, and I will show you the man” and best explained by Richard Dawkins’ writings on evolutionary biology, there’s a reason dogmatic religious beliefs and harmful prejudices become so deeply ingrained.  It’s inspiring and rewarding to help fellow members of my community abandon old beliefs in favor of embracing critical thinking and humanist values, and it’s exciting to create a community and institutions which enable a new generation to be brought up with those values from childhood.
Thank you for your time, Dana.
Scott, thanks much for this opportunity to share my views and thanks for the work done by Conatus News through its coverage of social progressivism. 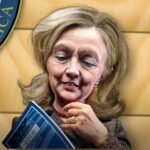 Clinton’s Failure to Confront Islamic Extremism Contributed to Her Loss 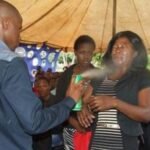 Prophetic Christianity and its ‘Doom-contents’ in Africa