Yemen’s Iran-backed government arrests Baha’is, even sentencing one to death. Conatus News spoke with the brother of one imprisoned Baha’i.

In April, arrest warrants for 25 Baha’is in Yemen were issued by the country’s Shia Houthi authorities.

As a religious minority, Baha’is have been persecuted since the founding of their faith in Iran in 1844. This is because they believe that their prophet, Baha’u’llah, and not Mohammad, is the latest divine messenger, causing them to be viewed by many Muslim clerics as apostates of Islam. Baha’is have been murdered, executed, and tortured for their faith.

Despite persecution, the Baha’i Faith has spread to several countries throughout the world, including Yemen. Human Rights Watch Reports there being roughly 1000 Baha’is in Yemen. Now, however, it appears that Iran’s political influence in Yemen is increasing Yemen’s persecution of Baha’is.

Conatus News spoke with Baha’is and human rights activists in the US and Yemen about the current situation of Yemeni Baha’is. The activists in Yemen have chosen to remain anonymous due to safety concerns.

In 2014, the Iranian-backed Shiite Houthi rebel group Ansar Allah (‘Partisans of God’) overthrew Yemen’s Sunni president Abdrabbuh Mansur Hadi in an effort to compete with Yemen’s Saudi Sunni influence. Ansar Allah began in the 1990’s as a Shiite youth movement. In the years following the 2014 overthrow, Yemen has seen a rise in the persecution of its country’s Baha’is.

Baha’i representatives to the United Nations accuse Iranian politicians of involvement in the persecution of Baha’is in Yemen. A June report by the Baha’i International Community said that Rojeh Zayed, a member of Yemen’s Prosecution Office, as well as high ranking officials in Iran’s national security office, were “repeatedly reported as receiving instructions from Iran to persecute the Baha’i community.”

In 2015, a Baha’i man named Hamed Kamal Muhammad bin Haydara was sentenced to death. Charges included ‘apostasy,’ ‘insulting Islam,’ ‘an act that violates the independence of the republic, its unity, and the integrity of its land,’ and ‘working for a foreign state’s interest.’ There have been no reports, however, of an official execution date.

Sanai’s brother, Badi Sanai, who lives in Sanaa, Yemen, was arrested and imprisoned for one week in 2016. He was recently arrested again on May 23.

In addition to Badi, orders were made to arrest 24 other Baha’is. Rezvan said that most of these Baha’is were advised by lawyers to not show up in court, as they would likely be arrested. He also mentioned that one Baha’i did show up, and was indeed arrested.

Prior to the Houthi takeover, Yemeni Baha’is mostly lived comfortably. Rezvan said, “the government knew of the existence of Baha’is but never gave them a hard time.”

Very little is written about Yemeni Baha’is. According to Rezvan, however, the first Baha’is traveled from Iran to Yemen in the 1950’s to teach people of their faith.

This is not the first time the Iranian government has used its influence to spread persecution of Baha’is throughout the Islamic world. In 2001, a Baha’i in Tajikistan was assassinated. A report made by the US state department said “Police made no arrests, but militant Islamists aligned with Iran are considered likely perpetrators.”

Though no official sources can confirm it, Rezvan said that many Baha’is believe the Iranian Embassy of Tajikistan was involved in the assassination. Rezvan said, “Iran always denies such things.”

According to Rezvan, there are currently seven Baha’is, including his brother, imprisoned in Yemen.

Rezvan adds, “In the prison where he is staying, 60 people recently died due to Clorox poisoning. The water quality is bad.”

The fear of being arrested has impacted the lifestyle of Yemeni Baha’is, and particularly of Baha’i women. According to Rezvan, many wives of imprisoned Baha’i men are now wearing Islamic face coverings (niqab) in order to not be recognised by police. Baha’i women are not used to wearing the niqab, as it is not required in their faith, yet the fear of being arrested has forced many Baha’i women to cover their face in order to hide their identities and remain safe.

Despite persecution, many Yemenis have defended Baha’is. On May 15, Yemeni tribal leaders lead hundreds of protesters in a demonstration against the arrests of Baha’is.

Baha’i International Community News reported that while authorities fired shots, the crowd “remained peaceful, and no one was hurt.”

Rezvan said that the Yemeni people appear to be very accepting of Baha’is. Many Yemenis, he said, have written articles for Yemeni newspapers defending the rights of their Baha’i countrymen.

Conatus News spoke with a Baha’i man involved in the Yemeni Initiative for Defending Baha’i Rights, an activist group that formed in April. He kept his name anonymous for safety reasons. The Baha’i told us that most of the activists in the initiative were not Baha’is. On the group’s Facebook page, the group states that it not only seeks to defend Yemeni Baha’is, but also to denounce extremism and promote universal tolerance and human rights.

Conatus News also spoke with a Muslim man involved in the initiative, who also remained anonymous. When asked why he joined the initiative, he replied saying that diversity of belief and thought has always been an integral part of Yemen. He explained that Yemeni society has historically been tribal, and members of tribes are often very protective of one another. Therefore, many Muslims feel very protective when they see Baha’i members of their tribes being oppressed and persecuted. He added that while some Yemenis are not as supportive of Baha’is, many others “go beyond differences and stand for the higher values they believe in.” 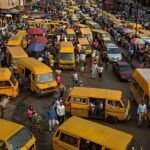 An Interview on Humanism and Superstition in Lagos, Nigeria 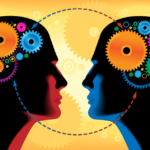