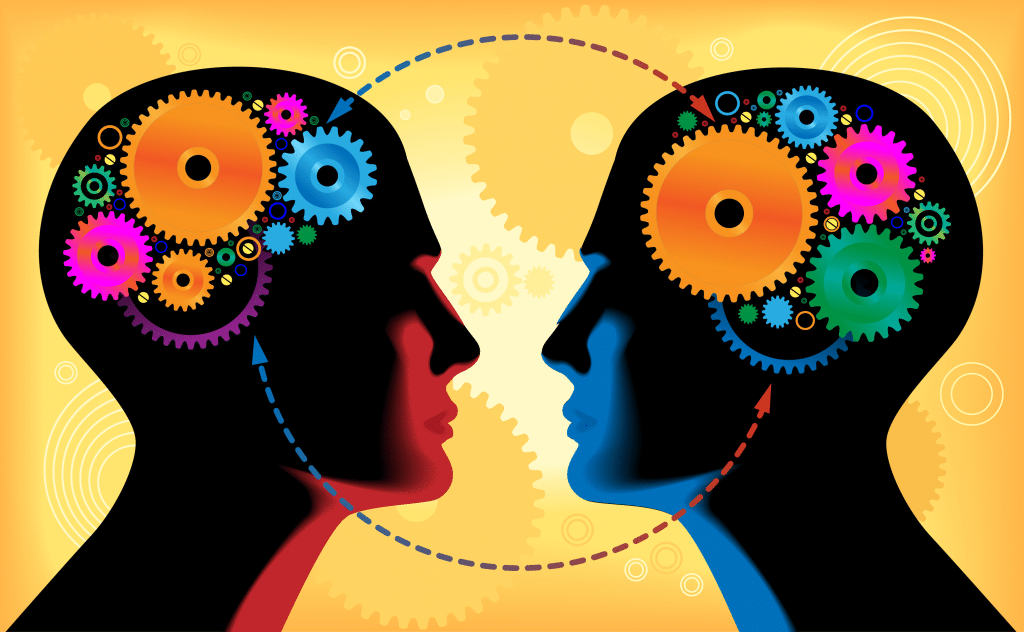 Can the Theory of Mind help us foster more empathy and drive us out of our bubbles? How can we achieve a world governed by facts in an era of polarisation?

In developmental psychology, the term Theory of Mind (ToM) refers to “the ability to explain, predict, and interpret actions and speech by attributing mental states – such as beliefs, desires, intentions and emotions – to oneself and to other people” (Astington & Hughes, 2013). In short, ToM explains how we make inferences about the behaviour of others by attributing mental states to them. Typically, children are considered to develop a ToM after 3 years of age. That is, before 3 years of age, children are substantially impaired in fully recognising that other people have mental states, and that those mental states might be different from their own. They deduce that whatever goes on in their minds, applies not only to the state of things in the world, but also to the minds of others. Children, however, eventually grow out of this state of mental polarisation.

In a classic experiment by Baron-Cohen et al. (1985), known as the ‘Sally-Anne test’, 3.5- and 4-year old children were presented with a scenario that required them to attribute mental states to dolls, mental states that they knew were wrong. 3.5-year old children had difficulty attributing beliefs different from their own to the dolls, but 4-year old children were able to successfully do so. This was a demonstration of ‘false belief’. Not only were some children unable to understand that mental states may diverge across situations and among different humans, but they also had difficulty in realising that humans could have beliefs that were in fact false and did not correspond to reality.

Sadly, ToM research mostly focuses on children- specifically, on the mere ‘understanding’ of children that others have mental states and, more importantly, that those mental states might be different from the children’s mental states. Research to subjects after the age of 4, the age at which it is theorised that children ‘fully’ acquire a ToM, is very limited. What is more, research on adults has been focused on subjects with addiction disorders, such as alcoholics and cocaine addicts, or subjects with disorders, such as schizophrenics and autistic people.

The fact that there is limited research regarding ToM on ‘average’ adults is worrying. In fact, terminology that aims to explain how adults misattribute mental states to others often falls under cognitive psychology, allowing limited space for research similar to that carried out when researching ToM on children. In cognitive psychology, the term ‘false-consensus effect’ is used to describe the fact that people tend to overestimate the extent to which others agree with them regarding their beliefs and opinions. What is more, when people change their beliefs, they tend, at the same time, to think that others do as well. In case evidence that supports the contrary is presented to them, they often sustain that the beliefs of others are, in some way, defective and have not been reached through the ‘right’ means. Is this what could be leading to the phenomenon of polarisation we are currently witnessing?

Failure to understand that others have mental states different from ours does not only have an impact on interpersonal relationships, but a major impact on a global level, especially in the political scene. There is an increasing polarisation wave, sweeping across the US and Europe, as populism and right-wing nationalism are, once again, considered major parts of government agendas. The rise of, what one could call, ‘fear politics’, in the US and Europe leaves the majority of left-wing and progressive groups astounded. How could they employ fear to gain votes? How can they not believe that climate change is real, posing ‘alternative facts’ as possible explanations for the phenomenon? How can European countries allow the rise of right-wing nationalism when, less than a century ago, Europe itself was tormented by it? Most importantly, how can anyone think that polarisation is conducive to harmony or accord in any context? Shutting ourselves off from those who think differently cannot be the answer. And yet it is, for so many of us.

We can never imagine how people could regard racism and discrimination as government policies, deny climate change, or support Neo-Nazi groups. Yet they do. By the millions. Those on the left might be tempted to call them ignorant, easily swayed, conspiracy theorists. But the issue does not and must not end there. The way these groups operate is familiar to us. These people have their own groups, organise their own marches, have their own news media that support their viewpoint, mock us, ridicule us and, for them, we are ‘stupid, misinformed, and ignorant’. They are part and parcel of the polarisation problem. 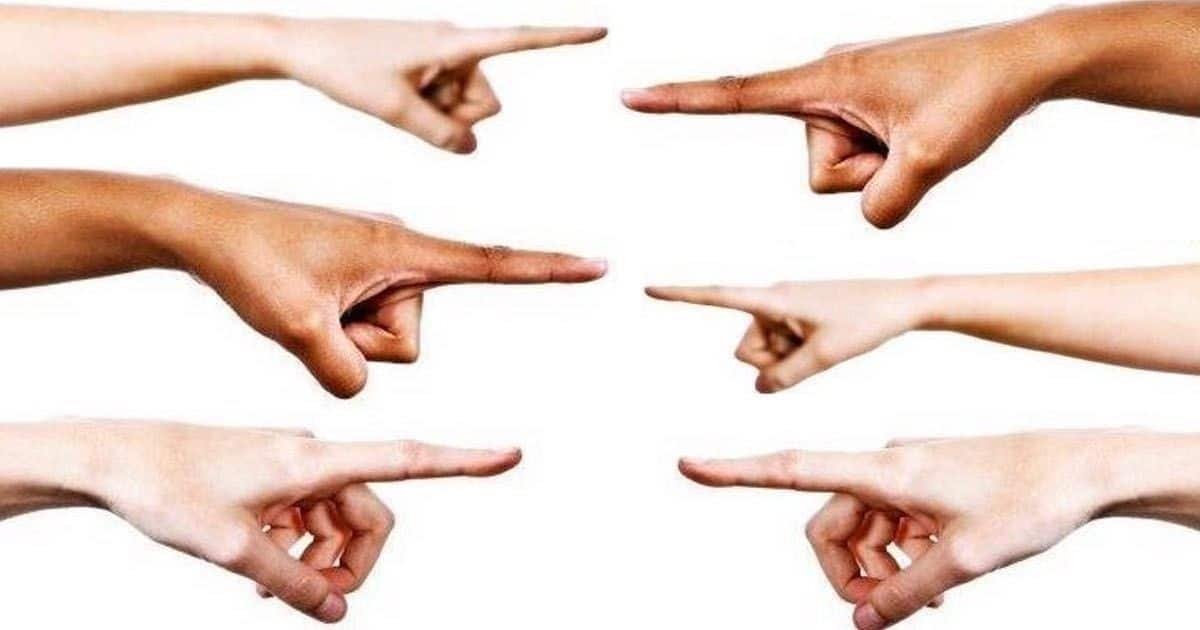 Their presence, however, is almost non-existent in our everyday lives. We don’t listen to them because we don’t join their groups, we don’t befriend them, we block them from our social media accounts, we don’t watch their T.V. channels. And they do the same. We effectively contribute to polarisation as we criticise it. We narrow down our news feed on what we agree with, helping, in this way, our social media to target us with what they think interests us. But targeting only helps increase polarisation.

How do we deal with that? As you may have guessed, we should expand the Theory of Mind. ToM, as adults, is not just about merely realising that others simply have mental states. It’s about realising that others have opinions, viewpoints, and beliefs radically different from ours. Mental states that have their own underlying mechanism to explain their existence. Mental states held by people who believe, on every count, that they are correct, with their own strongly held reasons supporting their beliefs.

Expanding ToM as adults, however, should be done with great caution. Similarly to the cases of children acquiring ToM, attributing mental states to others is simply that: Realising that others have mental states different from ours and understanding how they reached those particular mental states. It says absolutely nothing about the logic behind their beliefs, or if they are right or wrong. Understanding, for example, why Nazis committed horrendous atrocities and realising their mental state does not, in any way, lessen the seriousness of their actions nor does it provide the slightest justification for them. It greatly helps, however, in battling this damaging ideology. Without expanding ToM, battling Nazism, and polarisation/radicalisation in general, would be substantially more difficult.

This is vital to understand. Contrary to what intuition says, we are not entitled to our opinion, beliefs, or viewpoints. These are weak parts of our mental states. They are subjective and subject to change. Facts, on the other hand, are strong parts of our mental states in that they are objective, backed by concrete evidence, and are only subject to change in the light of further, stronger, evidence. Therefore, expanding ToM does not involve including ‘hate speech’ under ‘freedom of speech’, nor justifying violence by right-wing nationalists just because they believe this is the way to bring about their causes, nor allowing politicians to back government policies that deny facts such as evolution by natural selection and climate change. Slightly misquoting Wittgenstein, the world is a totality of facts, not of opinions. And it is for facts we should aim for, not for opinions.

Locking ourselves in our own safe bubble in which everyone agrees with us is dangerous for us but also for the progressive movement. Enclosing ourselves in our own secure space only radicalises and contributes to polarisation. Trying to get out of our bubble would be beneficial for us, for the progressive movement, and for society in general. The discovery of facts and the discarding of ungrounded opinions is what we should continuously seek. Proving the facts to others, however, cannot be done inside our bubble. We need to get outside our bubble and, possibly, visit the bubbles of others.

As children, we managed to understand that others have mental states. Now, as adults, let’s aim to understand why others have the mental states they have, by expanding the Theory of Mind. Perhaps, then, we will finally stop calling each other ‘stupid, misinformed, and ignorant’ and manage to create a world that is driven by facts, not by opinions. 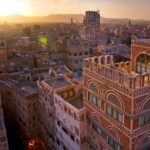 Iran’s Influence in Yemen is Bad News for Baha’is 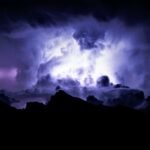 An Argument for God’s Existence – Why It Fails