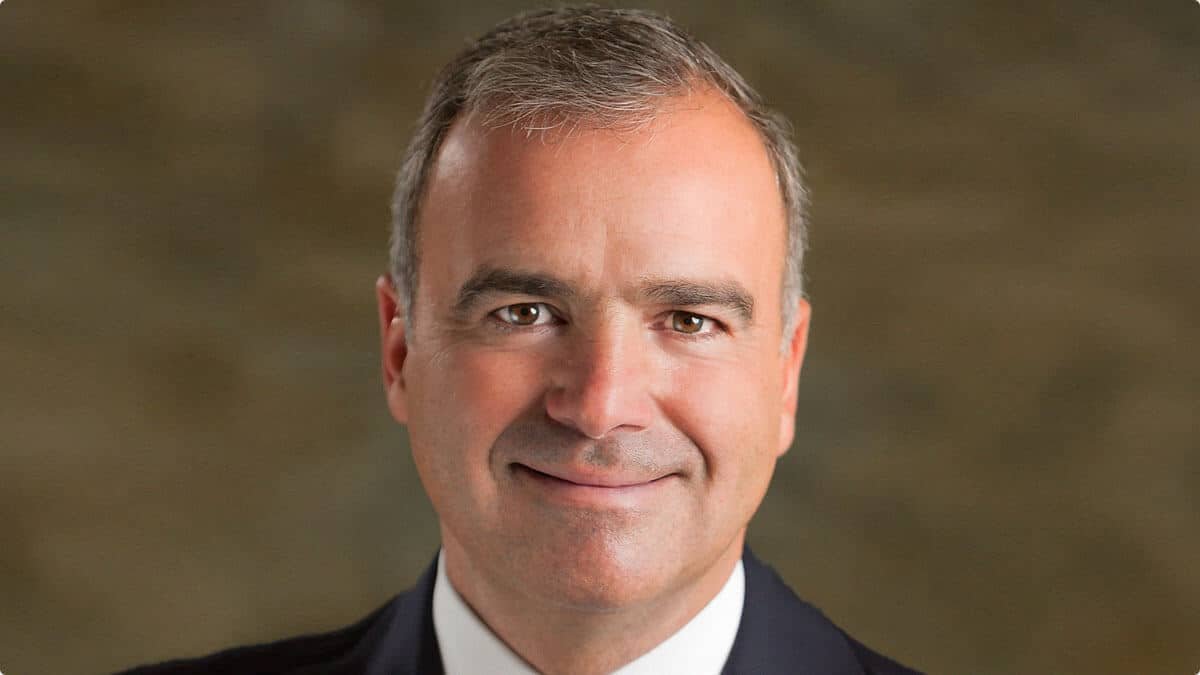 J-P Conte shares his dreams and fears for the US and the world. “We need a system for dealing with all these people who are displaced over the next century.”

I didn’t know what to expect when I stumbled, 10 minutes late, into one of the most auspicious breakfasting spots in London. “Jean-Pierre”, I muttered, three or four times, trying, hopelessly to get my accent sufficiently French without exaggerating. Unwilling to compound my lateness with an inability to pronounce my host’s name properly, I tried one more time.

“Hello, I’m J-P,” came an unmistakably American introduction. You see, J-P Conte is particularly American. Like countless others throughout history, his French mother and Cuban father came from around the world to become Americans; in the course of this, they produced the quintessential American child. That American family lived the American dream. J-P went to school in the US, attaining his MBA from Harvard, and quickly rose to the top, joining Genstar Capital in 1995. Now, through philanthropy, he seeks to enable others to do the same. Whilst he contributes enthusiastically to a variety of causes – ranging from climate issues to fixing neurodegenerative diseases – I was able to discuss with him his views on where the US is currently on education and immigration.

J-P’s commitment to education is visible at all levels, from enabling scholarships and helping first-generation students attend and fit in at major universities, to trying to enact positive change at high schools. “For me, educational equity is critical,” he says. “When someone shows up in the States, I would love to feel that they can follow their dreams. I think it would hurt the States long term if we lose that.”

Yet J-P doesn’t believe that public high schools are achieving this. “The quality of a lot of these institutions isn’t great,” he explains. While it’s is true that the US spends less on public institutions than most other economically developed countries, it’s not clear that the quality of public high schools in the US is actually declining. However, what is clear is that the American public is losing confidence in them, and compared to these world-class universities, the public education system has a lot to do to catch up.

“We have the best universities in the world, both public and private,” J-P added. “The US historically had an extremely strong secondary school system for public schools. And it was public school for all, meaning it was free and part of the public obligation. What we need is more accountability and more objective teaching reviews.”

However, education is not just for education’s sake. Whilst it is a valuable end in of itself, during our discussion both J-P and myself expressed concern about how education contributes to the economy. With an increase in automation, and the scope that artificial intelligence presents for automating tasks which were previously carried out by humans, I wasn’t sure that the public education system stands to be able to empower people to contribute meaningfully.

“I tell my kids, robots can do repetitive tasks fast and they never need a break, so working hard isn’t the savior. Working smarter is the savior. So I think the future of workers, the people who are going to navigate the future best, are the people who are capable of creativity, design, engineering, thinking out of the box – and not just repeating functions.” Unsure that everyone would have the means, either intellectually or financially, to navigate the changing technological landscape, I challenged J-P on what to do about the people left behind. He replied: “It’s all about design and creativity. If you can design something, not necessarily in a technical way, to be faster, more aesthetic, to feel better, you’ll be okay. I think almost anyone is capable of moving the needle on the design creativity front.”

Unsure that the US was currently doing enough for those who are currently being left behind, I wanted to gauge the urgency of this with J-P. Has a generation of people whose jobs have been automated away paved the way for Donald Trump? “What’s going on is that you have a segment of the population who have been affected by globalization,” he observed. “A lot of jobs have left America. Neither party up until Trump spent time with these people. These people are Wisconsin, Illinois, Ohio, Michigan. Hillary Clinton didn’t take care of these people. No one took care of these people, Trump, the reality TV star, was able to tie into these people and spew their grievances. They feel hurt. If you are worried about robotics and automation, there are going to be more and more people displaced. We need a system for dealing with all these people who are displaced over the next century.”

However, what really stands out when discussing philanthropy with J-P is his boundless, infectious enthusiasm for immigration not only as economically valuable, but as something that the United States does better than anywhere else in the world. “Immigration is one of the engines of economic growth which makes America great. That’s been at risk under the current administration. I fund efforts to keep the dialogue rational, rather than emotional or political. Over the last 20 years, it has been an emotional issue.” He’s certain that, in spite of much of the misguided rhetoric surrounding immigration under the Trump administration, the American public knows deep down that immigration is good for the country. “President Trump is just pandering to his base. It’s pretty well understood by people in America that legal immigration is a good thing.”

However, beyond being just an economic success, J-P sees immigration as a cultural feat. “I like to talk about is what we share,” he explains. “The rhetoric is really set up to battle at the moment, but I do think, what is unique about the US is that everyone has an aspirational ancestor. You can pull someone off the street in the States, and say: “Tell me about your aspirational ancestor,” and he’ll tell you: “My great grandfather came over from Poland in 1903, he came here to make our lives better and he took a big risk in coming here. Everyone has a story like that, and I try to promote that as a way of bringing people together rather than separating them.” However, J-P isn’t simply determined to challenge much of the misguided rhetoric, he’s putting his money where his mouth is and funding the J-P Conte Taskforce at Stanford, which produces good economic arguments in favor of immigration.

In fact, J-P is so certain of the benefits he’s committed to more than overcoming the populist hysteria, especially surrounding H1B visas which allow those with a bachelor’s degree to come and work. “I’d like to see it ramped up,” he says. “H1B Visas need to be doubled and tripled in terms of size. It’s indisputable economically.” In his vision for the future, he wants to see a resolution to the problem with undocumented people. “DACA kids, who were brought here as literal infants, have done extremely well. Some of these kids are top of their class but are hiding from the government. They need to be given legal status. I do think that if you poll people, Americans think that they should be able to remain in the US. Maybe not citizenship initially, because the people who have gone by the law should get it first, but maybe these people go to the back of the line.” When asked if he thought that there was any argument that this may be a security risk, he says: “There’s a law enforcement problem, but there are bad apples everywhere. We need to vet them to make sure they’re not the terrible people that the right wing likes to pretend they are. However, rather than focusing on an inflated and mis-characterized security risk, he focused on a very real risk for millions of Americans. If we were literally able to send home 11 or 12 million people, do we think that that would be a good thing for America? I would argue that a big chunk of the economy would go to hell.

“There’s a misnomer in the US people think Mexican immigrants come to the US and stay Mexican. Within three generations they don’t even speak Spanish, they marry and non-Hispanic and boom. My parents didn’t even speak their native tongue to us, they wanted us to immigrate immediately. So I think the right answer is somewhere in the middle. Keep some of your culture, but integrate.”

I realized that I agreed with a lot of what J-P was saying, and I hope that more Americans would start to see things his way. It dawned on me that for him, these were not just words or ideas, but that he’d put his money where his mouth was to the tune of millions of dollars. I wondered how he mustered the commitment to invest so much of his own personal wealth into the solution. “When did you take it upon yourself to solve the problem?” I asked. He laughed. “Help solve the problem!”

“It happened in 2010, a couple of things going on personally and globally. Globally, we had entered into the largest economic recession that I have ever been through. It was not a healthy environment. I was blue and wanted to do something positive in the world.”

Considering the amount that he was personally responsible for, I wondered, if he felt that others should be pulling their own weight a little more. “Could this be fixed through better taxation policy, or through more effective government spending?” I asked, “Or can philanthropy save the world?”

“I think a lot of people in the States are reluctant to see the government do anything. I think that philanthropy can help change the world. I don’t think it can be the single driver. What I think changes the world is economic engagement. People feeling that they can economically take care of themselves and their families. They’ve got jobs and opportunities, but not where all they do is work and they have no time to spend with their families. There’s got to be a balance. They need not only to have the resources but also to have the sense of pride that they are taking care of themselves.”

I was moved. J-P Conte is able to act on his political convictions, to palpably make the United States a better place and make the conversation surrounding a heated topic more rational. So much of the manufactured nostalgia about how the US used to come off the back of populism and xenophobia. Yet, I found myself wondering if J-P had managed to sell me some nostalgia, not for backward and racist policies, or inadequate social care, but for the generations of Americans who integrated immigrants with passion and take great pride in our immigrant backgrounds. Of course, this cannot be detached from the problems of the past, but given the hateful rhetoric of the current administration, it seems rational to yearn for leadership that believes that together we can make our countries better only by working together and taking pride in uniqueness, as well as our similarities.

Perhaps bringing on a President who can stand up and say this is the secret to Making America Great Again. 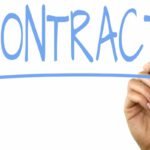 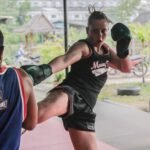