Skip to content
Main Story • Opinion • UK  »   As with Brexit, Labour Finds Itself Caught in the Middle in Scotland 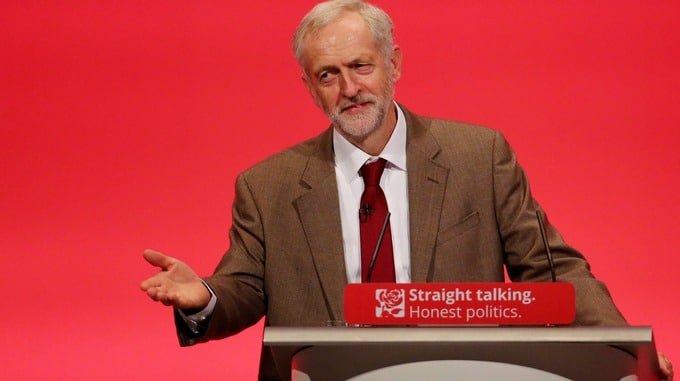 Jeremy Corbyn and Labour have been criticised for failing to tread a strong, alternative unionist path to the Conservatives (Image Credit: PA/ITV)
Tuesday, March 21, 2017 | Written by Ivor Jones | 0 Comments

There was uproar the other week when Jeremy Corbyn announced he was “absolutely fine” with there being another independence referendum in Scotland. MP for Edinburgh South, Ian Murray, tweeted, “Ladies and Gentlemen I give u Jeremy Corbyn. He’s destroying the party that soo [sic] many need.”

Many read his comments, saying that Labour would not block an indyref2 in the UK Parliament, as an undermining of Scottish labour – whose MSPs, councillors and activists have been furiously fighting against another vote on the subject (he later clarified his comments – blaming “misreporting” by the media – whilst maintaining that Labour would not block a request by Holyrood to hold another independence poll).

I can understand why Jeremy Corbyn does not want to be seen to be part of a Westminster effort to block a referendum which MSPs may vote to hold this week. He fears Labour may again be boxed in as part of the “Westminster bubble,” an idea which contributed to many Scots voting to leave the union in 2014, and then contributed to Labour’s wipe out in Scotland in 2015.

Yet a cursory look at the polls reveals that, despite Nicola Sturgeon’s recent sabre rattling on the matter, only about a quarter of Scots want another referendum. Like much of the rest of the country, most people in Scotland are probably suffering referendum fatigue and do not want another heated and divisive independence vote which will split families, friends and communities when wounds are still healing from the last one.

Moreover, the number of those wanting to leave the UK is virtually the same as it was in the 2014 referendum – around 45%. In their 2016 manifesto for the Scottish elections the SNP suggested they would only hold another referendum “if it is clear that more than half of the people in Scotland want independence.” According to the polls, they do not. It would therefore have been very easy for Corbyn to have taken a more supportive stance towards the Scottish branch of his party and simply say that there appears to be no appetite for another independence vote among Scots and that the SNP has no mandate for another vote according to its own criteria.

Instead, his “anything goes” line was a minor boon to Scottish Nationalists, with Nicola Sturgeon tweeting tongue-in-cheek: “Always a pleasure to have @jeremycorbyn campaigning in Scotland”. Afraid of coming across as too hard a unionist, Jeremy Corbyn risks leaving Labour stuck in the middle, between the unionist Conservatives and separatist Scottish Nats, in the battle over Scotland’s relationship with the rest of the UK.

There are signs that Labour is already beginning to be squeezed out of the debate. In the 2016 Scottish Parliamentary elections, the Scottish Tories, in one reporter’s words, “pitched themselves as the clear, unambiguous unionist choice,” and doubled their vote from 2011, jumping from 250,000 to half a million. The Tory’s charismatic leader, Ruth Davidson, probably did them no harm either. The Scottish Labour leader, Kezia Dugdale, on the other hand, dealt a self-inflicted blow when she said during the campaign that she might vote for independence if Britain were to leave the EU – a careless slip which was seized upon by Davidson as proof that Labour’s apparent unionism could not be trusted. With its messaging muddled, Labour lost 14 seats, whilst the Conservatives gained 16, pipping Labour to second place – to universal surprise. To paraphrase Alex Massie, Scottish editor of the Spectator, Labour were unable to out-Nat the Nats or out-Unionist the Tories.

As with Brexit, where it finds itself sandwiched between Theresa May’s fervently pro-Brexit Conservative government and the still passionately Europhilic Lib Dems, Labour may soon end up in political no man’s land on the matter of Scottish independence, making any sort of renaissance north of Hadrian’s Wall next to impossible.

In 2015, when Corbyn first became leader of the party, his supporters said that at the very least he might be able to attract more Scottish voters back into the party who had thought that previously Labour had been too similar to the Tories. I even invited the prospect myself. But after eighteen months as leader Corbyn has disappointed on this point, as he has on pretty much every other point. In fact, because he has destroyed Labour’s chances of government, his mere presence as leader is an argument for independence to left-leaning Scots.

If the Labour party doesn’t manage to tread a strong, alternative unionist path to the Conservatives then it faces becoming an irrelevancy on the Scottish Question as it is in danger of doing so on the Brexit Question. On both questions its leadership appears to have no answers. Yet these are the two biggest questions in British politics today – perhaps the two biggest questions in a generation: How should we keep the union together and what should Britain’s settlement with the EU look like after Brexit?  If Labour’s leadership can’t come up with anything convincing, it might as well throw in the towel. 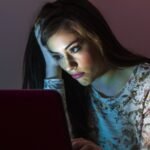 Stop Mocking Those Who Call Out Cruel Commentary 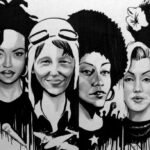 Women’s History Month: Why is It Important?