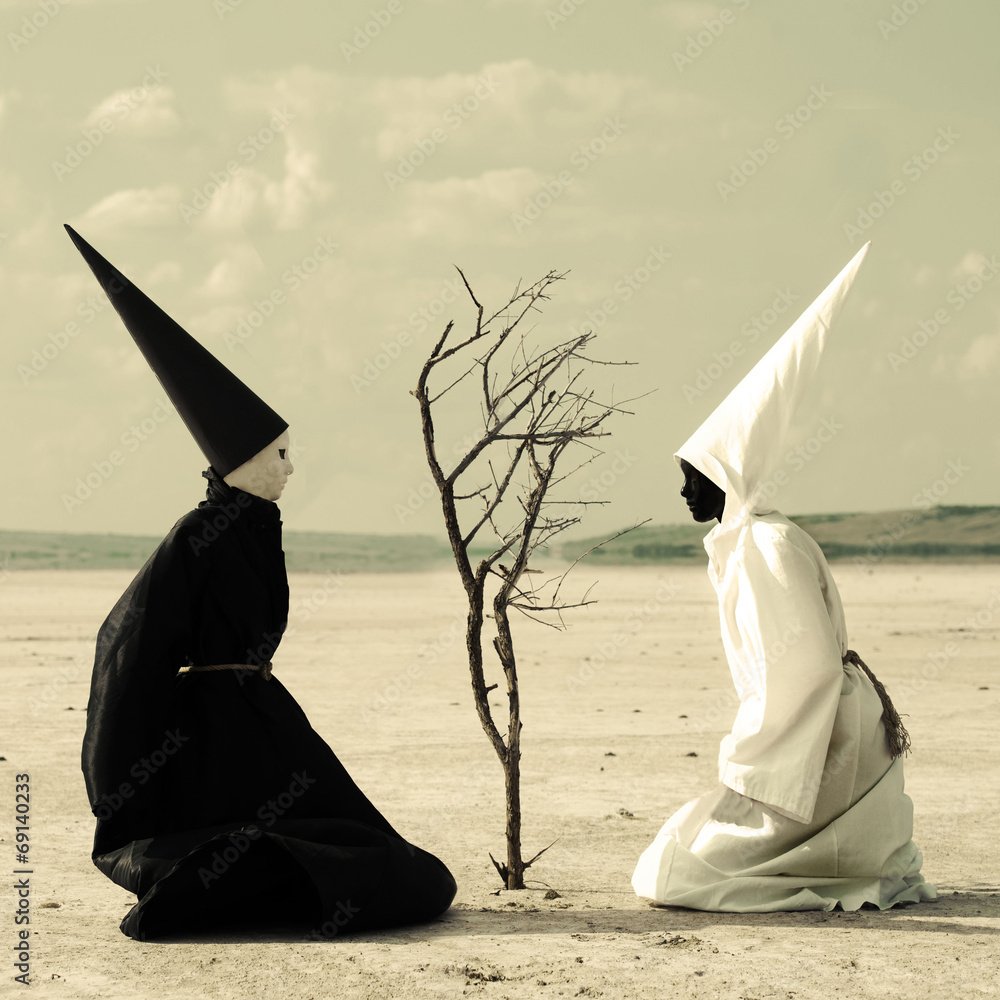 Labour’s legacy means little if they can’t win elections. Identity politics has only furthered the decline of the party. Where does the answer lie?

Almost two years have passed since the general election of December 2019, when the Labour Party suffered one of the most punishing and humiliating defeats in its history at the hands of Boris Johnson’s Conservatives. A multitude of traditionally staunch Labour seats in the Midland and the North of England turned blue, seats including Darlington, Sedgefield and Bishop Auckland which had been red for generations. Why had the working-class abandoned the workers’ party? Outrage over the party’s call for a second referendum on EU membership and towards the figure of Jeremy Corbyn, the previous Labour leader, were seen by some as sufficient explanations. But with Brexit now out of the way and a much more moderate leader, surely now Labour could bounce back?

The inadequacy of this analysis is reflected by the local election results in April this year where the Tories have added Amber Valley, Harlow, Dudley, Redditch, Nuneaton and Southampton to their collection of captured councils, not to mention the dismal approval ratings of Keir Starmer. The fact that a party led by an old Etonian has beaten Labour in the Hartlepool by-election, a seat which was red since its creation in 1974, encapsulates how the opposition faces deep problems which are deeply rooted.

It should be remembered that Labour losing is the norm, not the exception. In its 121-year history, only three Labour leaders have ever won general elections. Michael Young, one of Labour’s leading lights, predicted that as the country drifted towards a knowledge-based economy and embraced equality of opportunity, the party would be in trouble. After all, in a society where parents place more value on their children’s future than on the traditions and interests of their ‘class,’ a movement built on workers’ solidarity would be irrelevant. In The Rise of the Meritocracy (1958) he foresaw that Labour would make “the inevitable compromise with the new society it had done so much to create.” He predicted that they’d have to “concentrate on the middle class, partly to capture new sections of the electorate, more to keep pace with their own supporters who had, in their outlook, moved upwards from their point of origin.”

Almost half a century later after Young’s book was published, Tony Blair’s New Labour marched into Downing Street. Their tenure in government was testimony to the accuracy of Young’s predictions. New Labour politicians distanced themselves from trade unions, dined with bankers and business tycoons and promised not to cut the top rate of tax. Peter Mandelson, the party’s chief strategist, famously said, “We are intensely relaxed about people getting filthy rich.” In a signature speech, Blair praised the growth of “A middle class characterised by greater tolerance of difference, greater ambition to succeed, greater opportunities to earn a decent living.”

Labour were able to speak the language of aspiration and court support from all corners of the country. However, if they were ever to overtake the Conservatives as the natural party of government, they knew they’d have to enact changes that would win lifetime loyalties. And since they wanted a more meritocratic and inclusive Britain, why not focus on improving the prospects of the marginalised?

For the LGBT community, Labour ended the ban on military service, extended adoption rights and created civil partnerships. Because of all-women’s shortlists, the number of female MPs increased by 50%. New laws were brought in on domestic violence which strengthened victim support, maternity pay was doubled and women (who disproportionately work in low-paid jobs) were among the biggest beneficiaries of the new minimum wage.

It seems that since Labour couldn’t rely on the country to return them to office, they also felt the need to import new voters from overseas. Once these immigrants were here permanently and had attained the right to vote, the party would be their natural choice. Afterall, Labour had given them a new home and prided itself on combatting disadvantage and discrimination. Surely their children would have the same affinity and thus, Labour would be creating generations of new voters?

Rules that required spouses to show that “the marriage was not entered into primarily to obtain admission to the United Kingdom” were abolished by Blair in his first year. Sweeping new legislation such as the Human Rights Act made it much harder to stem the flow of asylum seekers, almost 160,000 of whom came to the UK during New Labour’s administration. Some analysts even believe the majority of these were bogus. In 2004, ten new countries joined the EU. The UK was under no obligation to open its labour market but chose to, leading to an inflow of 423,000 migrants from new EU member states between 2004 and 2012. A large part of New Labour’s legacy is the quadrupling of net annual migration to Britain, increasing the population by more than 2.2 million – more than twice the population of Birmingham.

This generous immigration policy proved disastrous as Labour began the process of alienating their white working-class support base. Five million lost votes and four failed general elections later, some commentators have begun calling on the party to turn once more to the demographic for whose interests it had originally been founded. But since the Blair years, the Labour bureaucracy has been set up in a way that voters (and members) are viewed through the prism of distinct ‘victim groups.’ Policies are formulated largely in order to satisfy one or another of these interests. In recent years, Labour has produced Women’s manifestos, LGBT manifestos and Race and Faith manifestos. In their 2020 rulebook, there are 269 mentions of ‘women,’ ‘woman’ and ‘gender,’ 122 related to ‘race’ and ‘BAME’, 76 of ‘LGBT’ but only 4 of ‘class.’

But as bigotry becomes less and less prevalent in society at large, increasingly Labour is looking less like a credible political opposition and more like a campaign group in search of a cause. Since their demand for discrimination has outstripped its supply, they have a perverse incentive to exaggerate, fabricate or misrepresent situations to remain relevant. Take the example of when Dawn Butler, the former Secretary of State for Women and Equalities, was in a car which was stopped by police. The windows were tinted so there was no possible way for police (who were very polite) to have known she was black. Nevertheless, she recorded the interaction and used it to portray the entire police as institutionally and irredeemably racist, fuelling mistrust between police and minorities so she could gain some fame.

Labour’s language in 1997 spoke to the entire country. But their obsession with oppression has morphed into a form of Newspeak, completely alien to the electorate. Talking about the fight against patriarchy as the issue of our time doesn’t resonate when only 7% of British people describe themselves as ‘feminist.’ The British public don’t like to be lectured about ‘systemic’ racism when statistically, they are among the least racist people in the world. However, Brits (from all backgrounds) overwhelmingly have concerns about the influx of immigrants into their country. This is in complete contrast to the views of most Labour members, 80% of whom support mass immigration. The London Labour mayor Sadiq Khan’s description of Vote Leave as “Project Hate as far as immigration is concerned,” encapsulates a party completely out-of-step with a country crying out for stronger borders.

Labour endeavours to represent the rainbow of modern Britain. Their senior politicians march in Pride parades but simultaneously suck up to the most reactionary Islamist groups. They celebrate the dignity and worth of womanhood while making no effort to protect it, being content for any biological man to benefit from the various schemes and initiatives they have set up to support women. Attaching so much to identity has also meant talent has taken a back seat. Diane Abbott was promoted to the front bench under the previous two Labour leaders but has been an absolute liability to the party’s electability, constantly torn apart in TV and radio interviews. But for Labour, being bright and articulate matters a lot less than ticking a box: in her case, being a black woman.

The MP Jess Phillips was able to go from not even being a Labour member to representing Labour in Parliament in the space of a few years, helped by her previous job with the charity Women’s Aid and selection via an All-Women’s shortlist. The 2019 UK elections delivered a Parliament which is the most diverse in history. But this wasn’t enough for Ghanaian-British Bell Ribeiro-Addy, the newly elected Labour MP for Streatham. She used her maiden speech to rant about why reparations were owed to the third world and praised India for surpassing “the UK to become the world’s fifth richest economy.” Ironically, given how rampant anti-black racism is in India, it’s unlikely she’d be trusted to sweep the country’s streets, far less to represent its people in Parliament.

Following Labour’s 2010 defeat, the ideas of the political theorist Maurice Glasman gained traction. He posited that if Labour reconnected with its traditionally socially conservative supporters and reinvented itself as the party of faith, flag and family, it could be relevant once again. Indeed, the polling suggests the British public is left-of-centre on economic issues but right-of-centre on cultural issues. Ed Miliband flirted with some of these positions and made controlling immigration one of five central pledges. But it created a storm and was regarded as “racist” and “shameful” across the Labour spectrum. While Labour activists and institutions remain so out-of-step with public opinion and have proved to be so inflexible, coming back to power anytime soon is incredibly unlikely.

Labour’s history has largely been an honourable one. They created the NHS, built Britain’s welfare state and passed reforms which have improved the lives and livelihoods of millions of ordinary people. As well as tackling poverty at home, they fought for freedom abroad.

Clement Attlee and Ernest Bevin served in Churchill’s wartime cabinet. During the Cold War, Labour in government were committed to countering communism both ideologically and militarily. It was Labour who created NATO and the UK’s nuclear weapons programme. But now the politics of identity has become so dominant, the party’s capacity to develop new ideas and to grow have been severely stunted.

The Conservatives are bound by no such constraints. As seats which were before solidly Labour in the midlands and north have turned Tory, the party of Thatcher has abandoned free market philosophy. It’s this Conservative government which has raised the minimum wage to £8.91, renationalised railways and pledged to spend an extra £34bn on the NHS – a commitment enshrined in law. It’s Boris Johnson who is a Keynesian, who believes in “putting our arms as a country around every single worker” and who is ultimately today’s torchbearer for British social democracy. 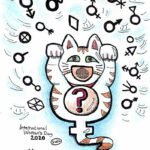 Civil Disobedience and Its Discontents: Julian Vigo and joey brite 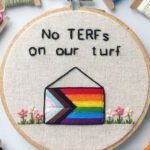