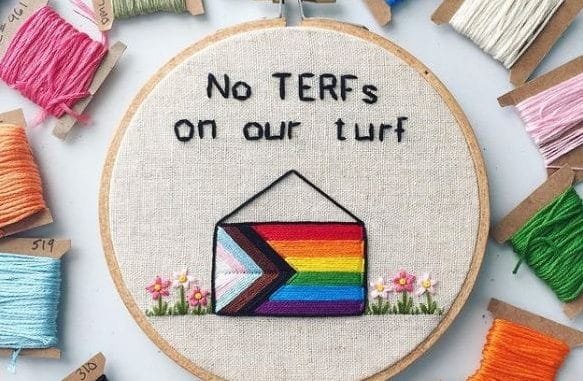 The Royal Academy of Arts in London pledged to avoid stocking art by Jess de Wahls after a social media campaign denounced her as a ‘TERF’.

Who would have thought the mob would come wielding embroidery needles and hoops?

Jess de Wahls is an artist who makes embroidered artworks and she is the most recent victim of a social media death by a thousand pricks. Pinned as a “TERF” by a community of vitriolic thread-based art Etsy sellers. On the command of a small clique of the sewist orthodoxy, the Royal Academy of Arts in London has denounced De Wahls after the crafty cabal called for her artwork to be removed from their online shop. This has been received with elation by the “be nice” crowd who make money from badly stitched aphorisms and trendy slogans about niceness, feminism and… cops being bastards.

“You can’t support pride and TERFS at the same time”, said one commenter on the Royal Academy’s Instagram. Many others chimed in on unrelated posts of other people’s works; “so ya’all feature a transphobe and then smack a pride flag on your PFP?” This sentiment was repeated by reams of avatars who I doubt have ever visited the galleries. Leading the Lazy-Daisy-chain email campaign to spam the RA with complaints about “their partnership with someone who openly and boldly uses her platform to spread misinformation and hate” was the aptly named “Still Bitter Design”. Still Bitter produces hoops of text-art stating “A.C.A.B”, “Kill the cops in your head”, and “There is no ethical consumption under capitalism”. The maker then asks without a hint of irony that you buy their products, ditch your morals and be a patron of their angry, simplistic cross-stitch.

It isn’t just the aesthetics that are infantile, the attitude is too.

School bullies rule the apps and the museums listen to their nonsense yarns. The Royal Academy posted on the 16th on its Instagram story (which is relatively ephemeral, disappearing automatically) and in a comments section on a recent and unrelated post:

“Thank you to all those for bringing an item in the RA Shop by an artist expressing transphobic views to our attention. The RA is committed to Equality, Diversity and Inclusion and does not knowingly support artists who act in conflict with these values. The RA Shop previously stocked work by this artist when we were unaware of their stated views, and their work will not be stocked in future”. This was received with absolute glee from what could be cynically seen as one of De Wahls competitors, wimperisembroidery. They wrote to Still Bitter Design, “DID YOU HEAR THE JOYOUS NEWS? She’s need[sic]dropped”, to which Still Bitter responded, “Heck yeah, go team!”

De Wahls is no stranger to being stitched up by the gender cult. Writing in 2019 on the discovery of the transgender movement and her cancellation she stated “I worry because this notion of ‘wrong think’ and wrong speak’ feels eerily reminiscent of my east German childhood, and that’s actually quite terrifying.”
Since then her art has been thematically tied in with women’s fight for sex-based rights and the ability to speak freely about the realities of our sex and social standing. She illustrates with complex thread patterns the moments of contemporary and historical protest and prominent activist figures.

There is a snag in feminism. The fight for all women doesn’t discriminate against the obnoxious ones. It’s sometimes painful reading the nasty brigading comments from prickly young women who are regularly leading the charge against peers. We can tie ourselves in knots trying to blame men for the behaviour of a bunch of non-binary identifying females and deny them their cruelly applied autonomy. These women who use social media as a voodoo doll to stab textual pins into opponents hoping the curses will be successful. They whisper rumours, pick scapegoats, stirring up a witch hunt whilst they are the truly malevolent force.

It is in a similar thread to the arts and crafts cancellation of Canadian Photographer and sewist Vanessa Vokey, who in 2020 was admonished, harassed and banned from various marketplace websites for her support of JK Rowling. This catapulted her into a new career as an acerbic and controversial YouTube Content creator focussing on radical feminism and transgender ideology, much to the dismay of her detractors, who also got her original channel banned.

Fortunately, I’m sure De Wahls will turn this horrendous situation into yet more artwork. For creative women – like Vokey – severe harassment and institutional bullying spurs them to be even more passionate and expressive. This is another panel in the tapestry of women’s oppression and a distressing clash between forms of women’s protest needlework. There is a growing form of defiance in the women’s movement, the attaching of green, white and violet Suffragette themed fabric to objects, coined as “Hateful Haberdashery”. The name lampoons transactivists’ dramatic responses (sometimes involving the police) to ribbons and thread.

A stitch in time could save nine… court cases. Art institutions will soon unravel if they ignore the recent legal ruling in an Employment Appeal Tribunal which found Maya Forstater’s “gender critical views” “worthy of respect in a democratic society”. Views that were just publicly potentially libelled and used as a reason to cancel a contract and financial impact a woman. The RA should appliqué some ethics and some foresight.

Maya’s organisation Sex-Matters has also just sent the heads of the Royal Academy a stern letter in support of the artist citing her legal rights to free expression under the Equality Act and the European Convention on Human Rights.

The Royal Academy should be ashamed of its behaviour and sets a dangerous precedent for its collection and curators. Will Picasso or Schiele be cancelled for their trespasses and abuse or is it only living women who stand up and speak the truth who are tossed out with the scraps? 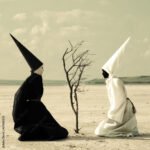 The Strange Death of The British Labour Party 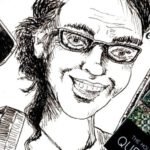