Skip to content
Opinion • World  »   Liberty, Equality and Security – They Must Stand Together or Fall 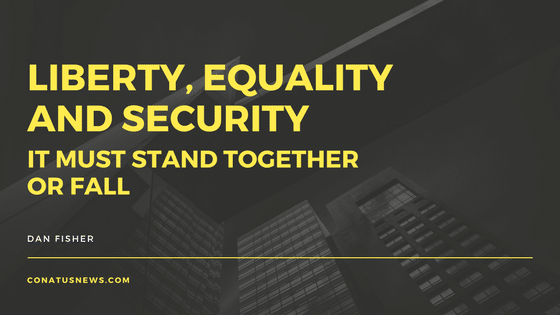 Benjamin Franklin said “those that would sacrifice essential liberty for a little temporary security deserve neither liberty nor security.” John Adams echoes that “Those who trade liberty for security have neither.” Many today consider that liberty is a necessary trade off for security.

I would go further, and argue that the supposed conflicts between liberty, equality and security are illusory. In reality, all three are gained and lost together.

The ever-feared Conflict between Liberty and Security

What does security mean? Generally speaking, when something is secure, it could refer to being protected from unwanted disturbance. When your bicycle is chained to a lamp post, for example, it is secure. This brings to mind all kinds of ideas about restrictions and controls. Liberty is often interpreted as being free of restrictions and controls. In this case, purely by definition, they must seem inherently contradictory.

Security can mean being protected from those who would cause you physical harm. We shouldn’t have to live in fear of violence meted out by others based on arbitrary prejudices. If we have the legal freedom to express ourselves as individuals, but not the security to do so without becoming a target, we cannot realistically exercise that freedom without putting our own life in danger. We may as well not have that freedom in the first place – it is functionally very similar to facing violent repression from the state.

Security can also be considered in economic terms. First of all, liberty means very little if you have no free time to enjoy that liberty. If you are desperate for work  and willing to take whatever job that comes along, you can be trapped in an incredibly unfree situation. Secondly, the anxiety of an insecure job environment can disrupt people’s ability to make rational decisions, undermining the very concept of freedom of choice.

It seems to be fashionable at the moment, particularly on college campuses, to believe that security must be guaranteed by taking away some people’s freedom of speech. But not only does this risk spawning a new generation of reactionaries, the very precedent they establish will be used against them the minute they lose control. If the expression of unpleasant opinions truly presents a threat to the safety of the students, then the repression of those opinions only presents a greater threat.

Restricting essential liberties does not actually increase security. In fact, an authoritarian police state is not very secure at all. Without security, individuals have to live in fear of mobs and street gangs. But without liberty, individuals live in fear of the government. If looking suspicious or saying the wrong thing can get you hauled off at any moment for interrogation, you become permanently on edge. It is impossible to feel truly secure in a society which could turn you into an enemy at a moment’s notice. Only a guarantee of freedom for all can provide the kind of security a society needs to flourish.

We can see from this that security and liberty do not just require each other – they can represent the same concept. Security means having the liberty to make your own choices and express yourself without fear of violent retaliation. Liberty means having the security to do the same.

The so-called Conflict between Liberty and Equality

Let’s dispense with the straw-man of a concept of equality in which everyone gets exactly the same amount of resources. There are much better and more well thought-out forms of equality.

Equality before the law generally implies that nobody gets away with committing crimes because of their social status. Equality of opportunity means everyone gets a chance to make the most of their talents and abilities. I would also call for an equality in which we recognise the inherent worth of all human lives, and help each person achieve independence from others.

Many believe that liberty and equality, particularly in terms of resources are incompatible. They point to the example of the Soviet Union. The Communists promised to deliver a world of equality, and only succeeded in sustaining a great tyranny.

The methodology of the Communists was flawed from the beginning. If you try to impose equality by force, there must be someone wielding that force. The jackbooted thug of the state cannot be equal to the citizen whose face they are stamping on. An authoritarian state is unequal by its very nature, and if it somehow doesn’t begin that way, those with more power will subvert that power for their own benefit. A society can only achieve real equality when we are free of coercion, domination and control – that is to say, when we have liberty.

Inequality is one of the greatest enemies of freedom there is. If others can use their superior legal or economic status to override your own choices, you cannot be considered free. Those who have the least are compelled to obey the wishes of those who are better off and preoccupied with maintaining their own status. Resentment from the bottom and disdain from the top makes for a volatile situation which invites authoritarianism.

The Perceived Conflict between Security and Equality

Although this issue is not often raised directly, many people appear to believe that equality leads to insecurity, or that security necessitates inequality. For example, they claim that the poor in general, and specifically poor countries, are incapable of handling democracy. Supposedly, they require the steady guiding hand of a dictator who keeps them in line, or simply a higher bar to be able to vote.

Similarly, people are deeply afraid of immigration. They worry that immigrants bring illiberal values with them, and that they will ‘outbreed’ westerners. They worry that some of these immigrants will not have the country’s best interests at heart. Many people also believe that we should abstain from helping other countries and that we should rather look after people in our own countries first. In short, they think that we can maintain the security of people in our own country by allowing political and economic inequalities in the wider world to continue.

Inequality inevitably undermines security, because hierarchies are unstable. Those with ambition and skill from the lower ranks will seek to rise, and those at the top without talent will fail in one way or another. Even when this flow is encouraged, people will try to use their power to maintain their position unjustly and suppress competition. What’s more, there will be resentment from those without power regardless of whether they deserve to rise.

For example, the imbalance in living standards, employment rates, respect for human rights and so on between different countries is a primary factor driving immigration to richer countries. And in fear of too many poor people coming in, we maintain border controls and constantly search for illegal immigrants. This drives a wedge between communities and fosters paranoia and hostility on all sides.

If we want to convince people to support equality, we have to address their fears of greater insecurity. That doesn’t mean giving into their demands, but for example, protecting people from the physical threats posed by terrorist organisations and their sponsor governments.

That being said, it is also about promoting peaceful dialogue and interaction between people who would otherwise hold prejudiced assumptions about each other. Developing new forms of prosperity which reduce rather than increase the divide between rich and poor. Unless we can convince people that they will comfortably survive the changes we wish to make, they will oppose any move towards equality.

Real security, therefore, means a state of equality in which nobody can threaten anyone else’s liberty. Real equality means a state in which your fundamental rights are secured.

Liberty, Security and Equality are Complementary

So If we wish for more liberty, more equality or more security, we must work to support all of them at the same time. By providing security, we foster freedom of expression and equality of rights. By promoting freedom, we avoid the insecurity and inequality of tyrannical governments. By fostering equality, we reduce insecurity and coercion. Only a movement prepared to fight for all three values at once can be successful in promoting any of them. 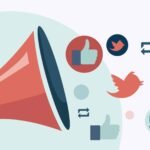 Slack-tivism Is Stopping Us From Tackling Terrorism 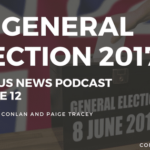