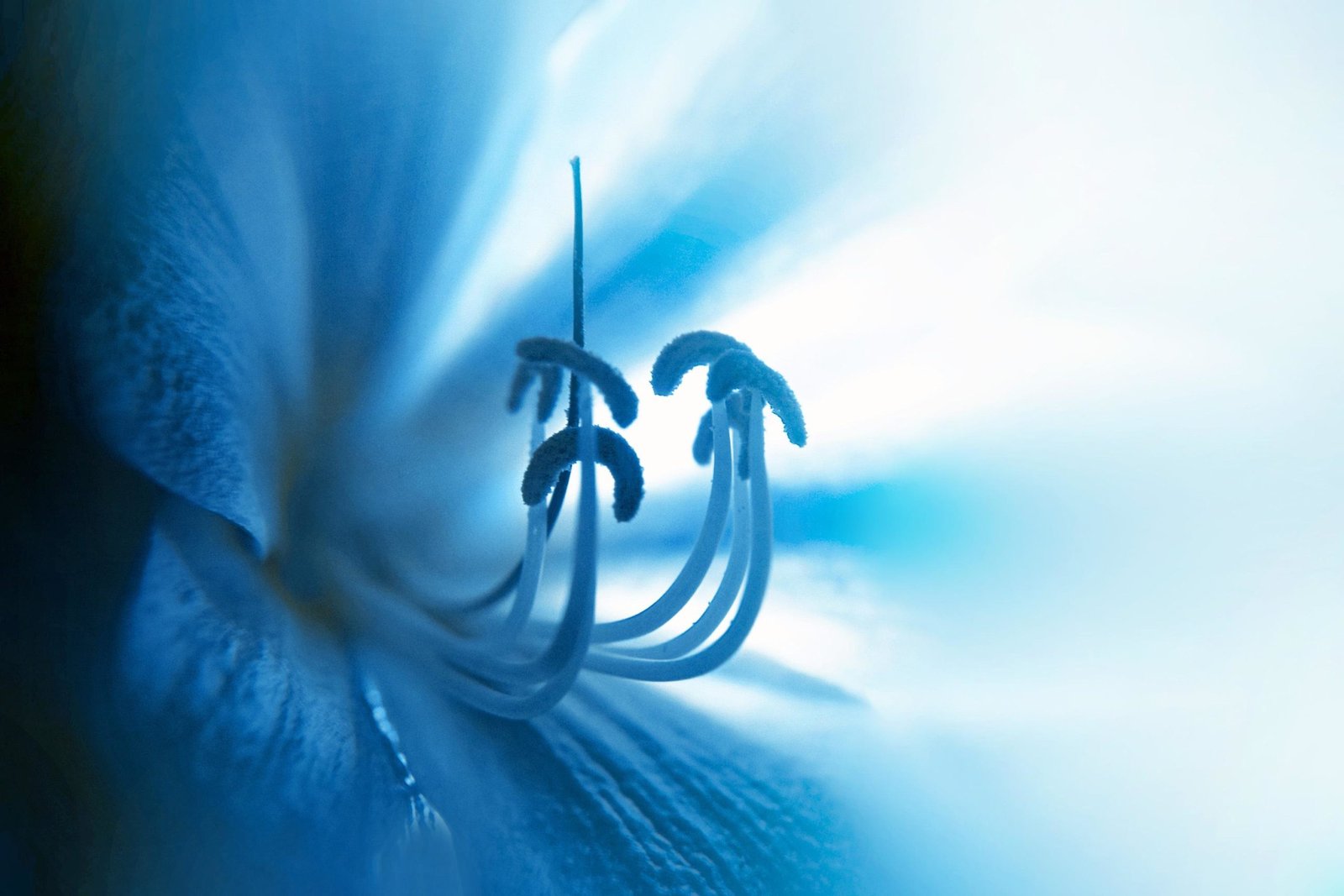 This text is about my recent experiences with mental health services in the UK. Whilst personal it may have a wider relevance: the World Health Organisation reports that 1 in 4 people will undergo mental health difficulties during their lifetime. Of those, 1 in 8 people will experience depression, which is what I thought I was living with for 13 years of my life. Alas, brains are complicated and terrifying and frequently wrong.

Depression is most versatile in its presentation. Whilst people typically understand it as a persistent low mood, there are facets of depression that might be present or absent from person to person. Anhedonia, the inability to enjoy enjoyable things, was the chief prong of what I experienced, along with lethargy, apathy, dissociation, loss of appetite, anger, anxiety and all sorts of other unpleasant words. Since I was 13 I have been offered three main branches of treatment: counseling, medication and cognitive behavioural therapy (CBT). CBT is, for those who might be considering it, excellent. Medicine is – for me – less so. Herein lies the rub.

Andrew Solomon, the author of an excellent book (The Noonday Demon: an Anatomy of Depression), remarks that “the treatments we have for depression are appalling”. That is not to say they are useless, but five different types of antidepressant have been given to and taken away from me; a yield rate largely accountable to the side effects. While not feeling miserable is a tremendous thing, most healthy individuals do not need to suffer nausea, vertigo, anorgasmia, insufferable restlessness or narcolepsy in order to keep depression at bay.

The mother of all antidepressants is lithium. Afterwards, people may think of fluoxetine, sold under the brand name prozac. This was the first drug I was introduced to in order to treat my depression. Whilst I was able to leave my bed and concentrate at school and resume something resembling a normal life, I was struck by episodes of manic disinhibition. I would roll around on the floor giggling, screaming, hysterically during lessons. I will not mention what happened at parties. Regardless, prozac was stopped sharply due to the effects it had on my ability to function in polite society.

Last fortnight, some 13 years later, I was assessed by a psychiatric team. This happened at an inpatient ward for patients suffering acute psychotic episodes in south London. I probably shouldn’t have ended up there, but there was nowhere else for me to go. A&E is not a permanent haven for the desperate, and so after being treated by CBT specialists, my GP, a home-treatment group who visited twice daily, an ambulance crew and A&E staff, I was admitted into a psychosis ward with 20 other men. They all had debilitating mental disorders and many were detained under the mental health act. Beforehand, I was not told what it would be like, nor was I told I could not leave without approval from the ward team. I was just told it was what I needed. On arrival, the sheer horror of the ward gave me two panic attacks and left me rigid and weeping on a mattress behind a door with a sliding window, feeling like there was nothing in that space which could help me.

The perspective I gained from that week in hospital was exactly what I needed.

The patients (inmates?) were, for a good part, recognisably insane.  How much of this was acting is hard to gauge – one elderly resident was continually rebuked for drinking out of the bath taps and shouted in frustration that this was what he always did. Another resident – an Italian goth with schizophrenia – had a tendency towards verbal diarrhea and spent most of my stay asking me to come to his Tuscany villa for a 6 month holiday or trying to order Pizza from an increasingly guarded branch of Papa Johns. They were excellent company. However, one young man who could not be discharged due to his homeless status almost being torn to pieces by an evangelical christian with rage issues and the senior member of the inpatient roster having flashbacks to an incident with police and assaulting ward staff for the entire night shift was less entertaining. The staff were compassionate and the environment was calm, but there was a dread and tension about the ward that came from being confined for months without quite knowing how to get out.

Sleep did not come easy in this place. I got to spend a lot of time thinking, mostly about what I could possibly think about for hours at a time. To begin with it was a novel I had written, which is in sore need of editing. After I realised that was something I was quite interested in doing, thoughts snowballed from there. I had reasons to live which I’d never even known about. By the time of my first evaluation I convinced the doctor that I was no threat to myself or others and that the hospital bed was wasted on me. I was granted leave from the ward. There is no odder sensation of getting a bus back to your flat to do laundry and reply to work emails with the lucid knowledge that you’re on day leave from a mental institution.

The first meeting with the ward’s lead psychiatrist was formative. Having had four hours of interviews during which different doctors took countless pages of notes , the shrink proper asked me about my childhood. Specifically, my manic episodes. “Fluoxetine does not cause mania in depressed patients”, declared the professor of psychopharmacology. My background in biochemistry, as well as my studies of my own life, preempted his alternative diagnosis. Bipolar Affective Disorder. “Fry’s Disease”, insisted one of the inmates. Not bipolar, not manic depression, those words carried undue weight. This philosopher was told in firm terms by Italian Goth to fuck off with his politics. Wales were playing Belgium: it was good football and nothing had sparked off a lockdown yet.

I was kept on the ward for a further five days to monitor my wellness and allow the team a chance to review my case. Ultimately I was discharged with a new prescription and a full diagnosis, plus connections to a primary care provider appropriate for my risk level. I would spend the next few weeks off work, resuming and reestablishing my sleep, eating and exercise routines. The diagnosis was final: atypical bipolar affective disorder, which requires a different treatment plan to depression, and a different set of management strategies. Bang.

My experience was a victory. There need to be more victories in the mental health sphere. The first and most important triumph would be people obtaining the help that they need. Because the NHS sprawls as much as it does, this can be hard to achieve. If you or a loved one are suffering, push hard against the bureaucracy. Demand referral to a specialist (usually a psychiatrist). My GP was reluctant to refer me as she thought I wasn’t ill enough: three weeks later I was lying in a bed, sweating sulphurous metabolites for 12 hours on a hospital ward. It’s not her fault – she specialises in STIs – but we shall be having firm words nonetheless.

The second victory is against oneself: we need to emphasise the importance of self-care. People who live with depression, anxiety, eating disorders and other such millstones struggle to put their thoughts in order and work out strategies to manage day-to-day challenges. Help may be required: CBT can be excellent in helping us to identify our triggers and our pitfalls. Thinking deeply about what makes us feel miserable and why is – whilst painful – tremendously useful. While I have struggled with talking therapy in the past, I can’t recommend it enough.

Mental disease is one of the great looming barriers to quality of life.  It’s common, it varies in its triggers and presentation based on one’s circumstances, and more often than not there is no cure. Whilst pharmacological attempts to fix this problem rumble on in the background, it’s up to us to try and do our best to help one another with our innumerable and disparate problems. I’ve taken as my mantra the aphorism attributed to Plato: “Be kind, for everyone you meet is fighting a hard battle”.

I hope that you are kind, gentle reader, and that your battles are easier than Plato might assume. ​ 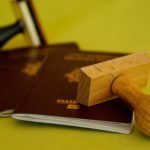 The Home Office is No Background For a Prime Minister

The Evils of Rampant Religious Privilege