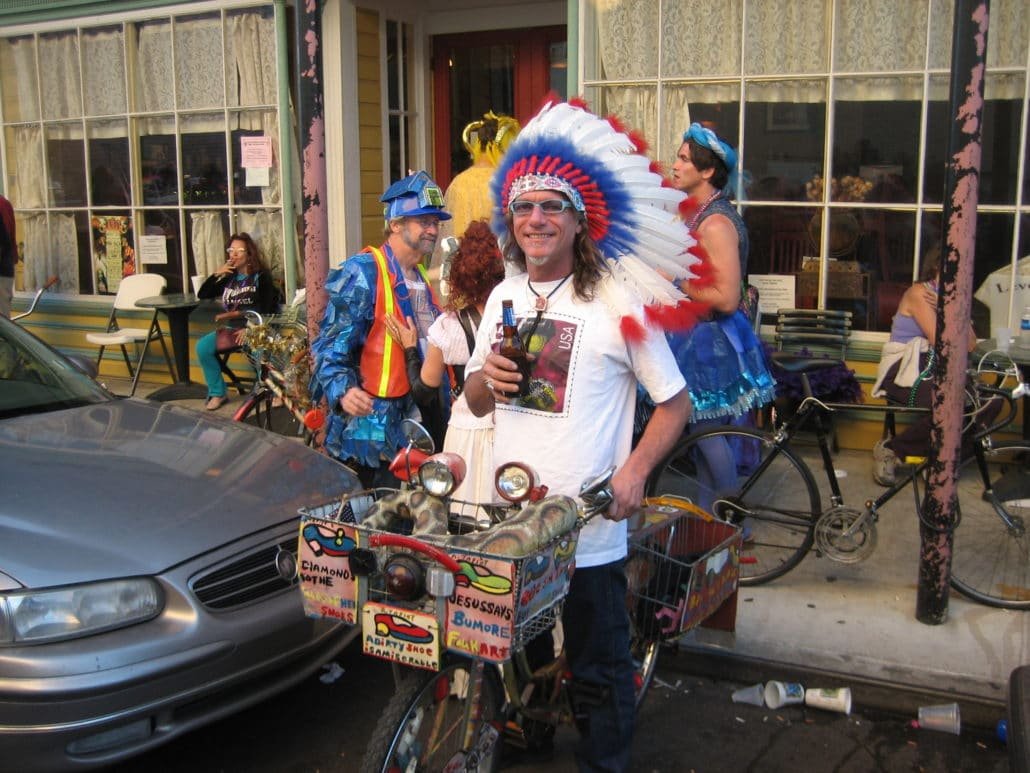 – Opening a Nigerian food stall as a non-nigerian

But hold on! Adopting elements of a culture doesn’t strike out as a bad thing at all, does it? And isn’t it a bit ridiculous to say that you shouldn’t do Yoga or sell Nigerian food just because you’re not Indian or Nigerian? Many would argue that the widespread communication of ideas that we have now is the greatest reason for our unprecedented rate of development.

Though, at the same time, are so many people wrong to care about cultural appropriation? Is the situation so straightforward that you are either a selfish hoarder of ideas or some modern day thieving imperialist of other people’s ideas?

I do truly believe that the sharing of ideas is what takes us forward. It’s easy to see how many people benefit from Yoga and are able to support their families and diversify their local economies because they’ve learnt to make foreign cuisine. And the same goes for Indian people who can support their families inspired by Western ideas. At the end of the day, there’s a fair trade.

In the same breath, we need to understand why “cultural appropriation” is an issue at all. It is not enough to say that it is necessary and then move on. There’s legitimate reason as to why some black people are so sensitive to their music being adapted, or Indians being defensive of the warping of their dress and practices. Maybe there isn’t always a fair trade. However, if we can tackle it as a society, race and class relations as a whole can take a significant step forward.

We’ll deal with the first type of cultural appropriation – the “theft of ideas” – to begin with. Now to understand why people might be so defensive of their cultural ideas, one must understand the nature of their pride. And this actually ties really well into the current theme of Black History Month, so we’ll use it as the running example, though of course the concept will still apply to other non-colonial or working-class cultures.

In the 1920’s Jim Crow America, black accomplishments had been left out of the public education curriculum. The narrative had been that black people were stupid. And if a child only learns about the great things white people had done, without learning what black people had done, can you blame that child for thinking that way? So give him another part of the puzzle. Show him that black people have made great contributions to our modern world. That the Rock ‘n’ Roll that he listens to after school every day was innovated by those black people, or that the fathers of Western Philosophy had travelled to Africa to study. Knowing this, that little boy will grow up to think more of them. Thus you have Black History Month.

From the perspective of black people, those who associate them with violence or irresponsibility (just ask a Fox News anchor) are benefitting from the ideas and inventions of black culture. Or in the case of black music, even stealing them. Rock N’ Roll, just one, was essentially rebranded by white artists. When we think of it, we think Elvis, the Beatles and Led Zeppelin. How many people know that it was innovated by black people? As a given, many would simply assume that their own race came up with those ideas. And because they are in the same education, black people themselves would think that they have no intellectual predecessors. This isn’t exactly a fair trade of ideas, is it?

Here you can begin to see the real life negative effects of the arrogance (manifesting itself into prejudice)  and the silent reasons behind a lack of black aspiration that both stem, in some way, from the “appropriation” of ideas. I don’t blame people for being irritated.

The second dimension of cultural appropriation, a quick run-through
The point being argued is that there is some kind of degradation or accidental mockery of culture. Some would say that in certain cases it is indicative of other deep-rooted social issues, i.e. a superiority complex of certain cultures over others.

Using Native American headdress at Coachella as the running example, let’s imagine the commentary of a foreign historian a thousand years from now. “The Americans of the early 21st Century would, during their yearly festivals, wear the sacred eagle-feathered helmets of the conquered natives. Bare-chested and intoxicated, they would move in an animalistic manner or *rave* to sounds surpassing 120 decibels in their attempt to find a mate. Public urination, vomiting and defecation would, for these few days, take leave from their status as taboo.”

Ignoring the above, it’s not exactly characteristic of a *respectable* person to behave in such a way.

It might be going a bit far to say that you’re boasting your conquest (as some claim). But, even if it’s just an accident, it’s not exactly graceful either. At the very least, it is unlikely that one of these people respects the blood that was shed in order for them to prosper.

To stick with the theme of the example, why do these kids not understand the significance behind the headdresses of the fallen Natives? After all, they would never dream of doing the same in an American military Uniform.

That said you don’t change the way a person thinks by telling them what to wear. This “degradation” of culture, if admitted as a problem, would be symptomatic of a larger issue. It’s up to the individual to decide what kind of person they want to be. This aspect isn’t the focus of this article.

Because it’s the first dimension of cultural appropriation that we can actually combat.

We can easily get past these obstacles, and it would be extremely beneficial for us to do so:
How? We give the innovators of these ideas credit in the public school system.

We need to benefit from one another’s ideas to progress. The main issue that reasonable liberals have is that we seem to be “stealing” or “degrading” the ideas of other cultures. The degradation part is something that individuals may or may not have to work on. But an idea cannot be stolen if credit is given to its founder.

Luckily, credit for the parts their people have played on our day to day lives is a large part of what Black/Native American movements (and their like) want.

And it’s a two birds with one stone deal.

If we want to produce a generation of world-wise young individuals they cannot afford to be arrogant. If small prejudices reflect themselves upon personal relations, why would they not affect business relations? I’m sure trade with Africa and India would benefit from an understanding of their history and how it’s linked to ours.

Regardless, is our education even sufficient if we don’t know where theorems and inventions so crucial to the modern world came from?

We could easily call it “History of ideas class” where we look at the roots of the things most entwined in our current lives and tell people where they come from. E.g. the production of chocolate. Different people from different backgrounds would have been responsible for the innovations behind it. Not just “hindus celebrate this because of X,Y or Z”.

But that this idea or that invention has roots in Indian or Mayan civilisation, from an Ethiopian who lived in Italy or a Jewish woman from Hamburg. I’m sure that even an audience this well-read would be thoroughly surprised to learn where certain inventions have made their way from. It brings home the point that every culture has a stake in our intellectual history.

Still, there will always be those that just want something to fight about. I suppose these are the social justice warriors that everyone keeps talking about.  But there aren’t as many out there as some would like to think, and it’s important not to just brand everyone who’s against cultural appropriation as one of these. That’s the same as burying your head in the sand. It shouldn’t be fine just because we’re the ones burying our heads this time. We all need to realise that if we can get past this-easy-to-deal-with obstacle we would make leaps and bounds as a society.