Scott Douglas Jacobsen: In brief, what is your family story?

The poll numbers suggest we’re making progress. More and more people every year are openly living their lives without religion, and young people are identifying as secular in extraordinary numbers.
But the country is still not ready to elect an atheist president, tax the churches, or take God off the money. We are making headway, though! I wish I could see what things look like in a century or two.
Do secular humanists experience bigotry and prejudice at all levels of American society?
People who live in urban, progressive areas probably aren’t encountering too much bigotry – at least not active bigotry. We still have to endure civic prayer, God references, and make up for the taxes churches don’t pay.
The secular folks in the bible belts (there are many) are another story. Many must maintain a low profile or risk being ostracised. One’s business success or career track might depend on some serious discretion when it comes to revealing religious beliefs.
Why?
Evangelical Christians and fundamentalists in other religions are constantly being told that secular folk are anything from God-haters to Satan-lovers. (We don’t believe in either!) The Pat Robertsons and Jerry Falwells in their world have poisoned minds about their neighbors. Most of us are likeable…I think.
Since 1999, you have been the Executive Director of Center for Inquiry-Los Angeles (CFI-LA). What tasks and responsibilities come with this station?
My responsibilities span from making sure the building and office are in working order to bringing critical thinking to my fellow human beings. We specialise in religion, philosophy, and scepticism and bring a science and evidence-based perspective to issues under those headings.
I get to represent those perspectives everywhere from network TV (Dr. Phil, Oprah, Hannity & Colmes) to a comparative religion class at Ontario Christian High School. I am a free-range evangelist for critical thinking.
You wrote for Free Inquiry and Skeptical Inquirer. What is the importance of these magazines to scepticism?
Ok, I am biased, but I think these magazines are the top of the line resources for great information in the arenas of secular humanism and scepticism. Our editors Tom Flynn (FI) and Ken Frazier (SI) get great talent to contribute to these publications. I always learn something new from reading them – even after years in the business!
You are the Founder and Chairman of the Independent Investigations Group (IIG) in Hollywood, California. What are some of its more notable investigations into the legitimacy of paranormal claims?
We found pseudo-science being taught to California nurses. We’ve tested psychics, telepaths, dowsers, fortune tellers and telekinetics. We learned how TV mediums John Edward and James Van Praagh appear to converse with the spirits of dead people. We’ve investigated ghosts, UFOs, athletic enhancement devices, perpetual motion, and dozens of other claims.
Just for the record, we’ve found zero evidence that the paranormal exists. ZERO.
What demarcates real science from pseudo-science, non-science, and bad science?
I’m not sure I’m qualified to say what good science is, but here goes: Good science is peer reviewed, checked and double checked. It is replicable, transparent, and falsifiable. Good science withstands criticism from those most knowledgeable about the claim, and often enjoys a clear consensus of experts in the field. Good science is evidence-based and is provisionally thought to be the best current explanation until – if and when – better evidence comes along.
Science is both knowledge and process. Knowledge about the natural world through empirical methodologies. Process to attain empirical knowledge. What is the best way to teach both of these at the same time – because science can be seen as the Periodic Table of Elements, the names of species, the names of minerals, the traits of different astronomical bodies, and so on, alone?

Yes, science has accumulated great gobs of knowledge over the last few centuries, but it’s the process part that carries over to other areas. Once we learn the best proven ways to get reliable information, we can point those methods at any question and know that we’ve done our best to get a good answer.
What is your favourite scientific discovery ever?
The expanding universe and all the exoplanets are pretty mind-blowing. Let’s find some life out there!
What is your favourite debunked pseudo-science?
I find the cryptids – Bigfoot, Loch Ness monster, Chupacabra, etc. – kind of funny. I hate to see people waste their money on psychics and alternative medicines or faith healers. They’re all debunked, by the way. ☺
You offer 100,000 USD prize through IIG. Has anyone ever won it?
Not even close.
Who has been the closest?
Once during a rehearsal for a test, one of our people guessed a bunch of Zener cards correctly, but it was a fluke. His final score was average, though he scored real well early in the test.
What was their failure?
Telepathy.
What is your current work?
Teaching others to test and investigate.
Where do you hope it goes into the future?
A serious reduction in the belief in things that are apparently not true. Is that too much to ask?
Thank you for your time, James. 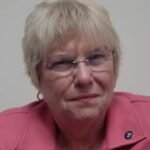 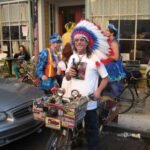 On The Recent Phenomenon of Cultural Appropriation