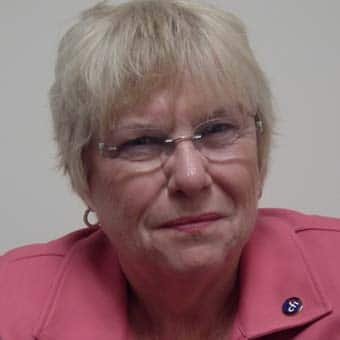 I organise social and educational events and do advocacy work on issues involving separation of church and state and promoting public policy based on the scientific outlook on life
Do you consider yourself a progressive?
Yes.
Does progressivism logically imply other beliefs, or tend to or even not at all?
See Affirmations of Humanism here:
How did you come to adopt a socially progressive worldview?
From being a history major, reading history, observing life.
Why do you think that adopting a social progressive outlook is important?
It promotes more opportunity for more people.
As a progressive, what do you think is the best socio-political position to adopt in the America?

Secular Humanism.  I am not committed to one political party and grew up with a father who was active in the Republican party.  However, in today’s politics, the Democrat party represents my world view in most cases.
What big obstacles (if at all) do you see social-progressive movements facing at the moment?
Lack of scientific literacy in the general population.  Anti-intellectualism, biased media which spreads fear and unfounded claims.
How important do you think social movements are?
Very important.  That is how change happens
What are your religious/irreligious and ethical beliefs?
Secular Humanism
Do atheists and secular humanists experience bigotry and prejudice at all levels of American society?

Yes.  I think it is changing for the better at some levels as more people leave religion but it is still there.
If so, why?

Lack of understanding of Secular Humanism.  Religious indoctrination.
Who is a living women’s rights activist that impresses you?
Hillary Clinton
Who are other personal heroes throughout history?
Eleanor Roosevelt. Ruth Bader Ginsburg. Madeline Albright.
What is your favourite scientific discovery ever?
The birth control pill.
Thank you for your time, Reba. 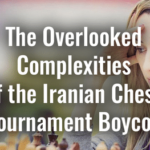 The Hidden Complexities of the Iran Chess Tournament Boycott