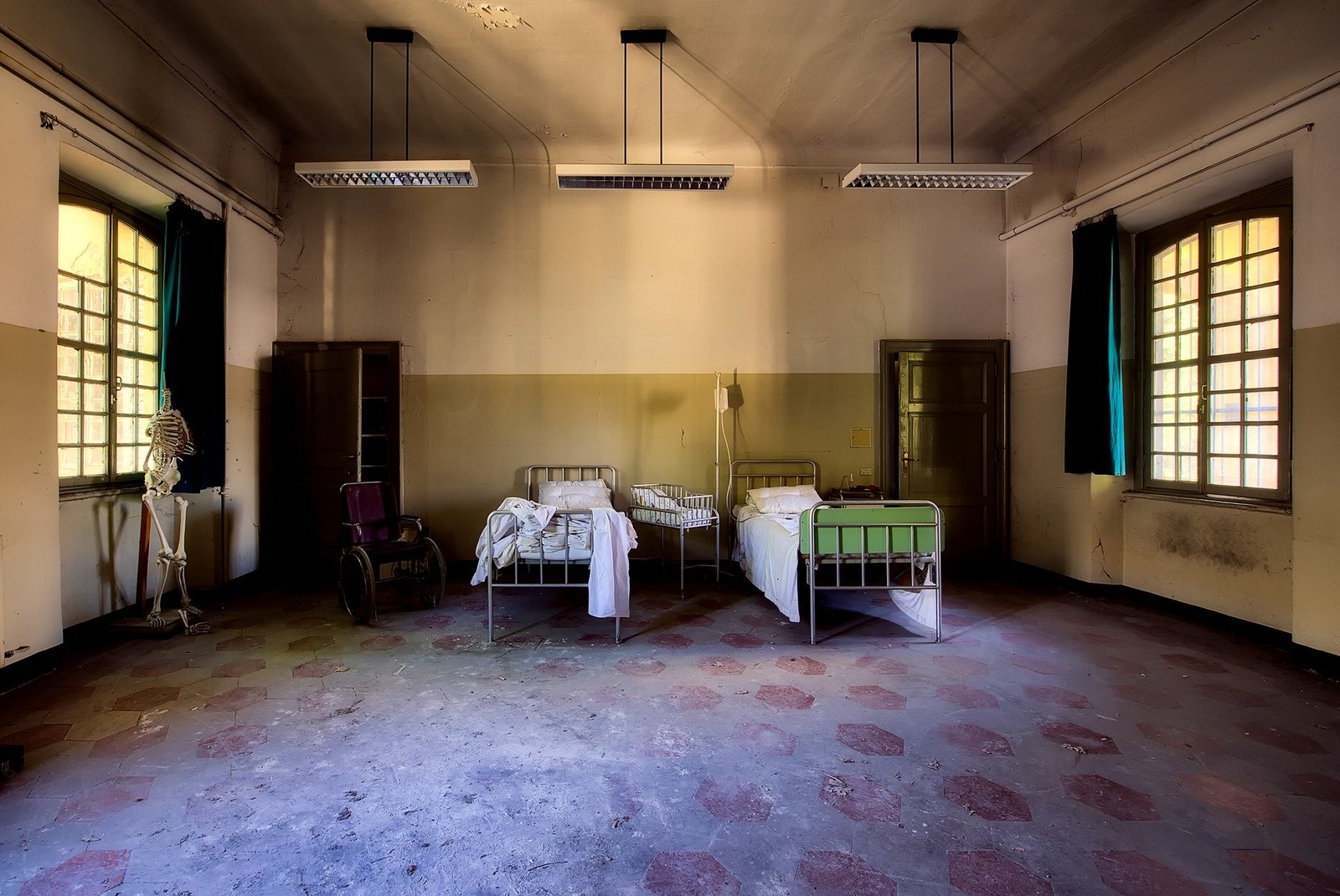 As a matter of urgency, the government must take action to protect vulnerable prisoners from the health and social impacts of the COVID-19 virus.

**** URGENT UPDATE: THE PAROLE BOARD HAS JUST ANNOUNCED ALL FACE-TO-FACE HEARINGS ARE CANCELLED TILL FURTHER NOTICE. OVER 1600 WOMEN IN ENGLISH PRISONS ARE CURRENTLY WAITING FOR A PAROLE BOARD DECISION AND ABOUT 400 ARE WAITING FOR ORAL HEARINGS****

Prisons are the remaining spaces within British society denied the protection of infection control standards. Prisoners are forced into a possible site of contagion with no choice over the prison facility, or cell-mates with whom they will be detained. Imprisonment should not involve forced subjection to a deadly infection. Overcrowded prisons are simply incapable of quarantining people. Policies need to be directed to releasing prisoners, and laws governing policing, prosecution and judicial discretion need to be changed to prevent further imprisonment.

The Secretary of State has the discretion to release almost all determinate sentenced prisoners who can be safely released. The elderly, the sick and the vulnerable could be offered release under the discretion afforded to the Secretary of State for Justice  under Section 36 of the Criminal Justice Act 1991, which provides for the release of prisoners under exceptional circumstances. The Prime Minister Boris Johnson has described the Coronavirus pandemic as “the worst public health crisis in a generation” with a high death rate for vulnerable and elderly populations, and this may well constitute exceptional circumstances. Yet the prisons minister, Lucy Frazer, has merely stated: “We are not planning to release prisoners in response to the COVID-19 outbreak”.

Reducing visits risks prison order. The likelihood of reduced or cancelled visits is both concerning and dangerous. Family visits are precious, and both the direct and indirect impact of limiting these can be significant. In Italy, when significant restrictions were placed on visits as part of measures to limit the spread of coronavirus, this contributed to riots within the prisons, which resulted in the death of 12 people (The Independent, 13 March 2020). The risk of instability inside the prison is yet another concern for those in prison and their families.

We the undersigned are seeking your immediate action to reduce the risk of transmission of COVID-19 in the English criminal justice system, especially women’s prisons and youth detention centres. A report (2017) by the Prisons and Probation Ombudsman found that the average age of male prisoners who had died from natural causes was 56, while for female inmates the average had fallen to 47. In the UK, the average age of death for men is currently 86.9 years,  and 89.2 years for women. A prison sentence is supposed to mean a period of isolation away from the community, it is not supposed to prescribe a certain death sentence for the women entering the UK prison system who are already vulnerable and fragile, whose immunity is already weakened.

The Case for Women

“Women who end up in prison are among the most powerless and disadvantaged in our society, largely due to traumatic life experiences such as sexual and physical abuse, mental and physical ill health, racism and discrimination, underpinned by poverty and inequality. Since the publication of the Corston report in 2007, a total of 104 women have died in prison. Many of these preventable deaths raise serious concerns about the impact of imprisonment on both physical and mental ill health. They raise questions about human rights violations – not only the failure to provide a safe and dignified environment, but also the failure to act to prevent future deaths.” Debra Coles – Inquest

A report by Prof Richard Coker, of the London School of Hygiene and Tropical Medicine, for Duncan Lewis Solicitors  warns of the substantial risk of the virus spreading at a particularly fast rate in locked establishments such as prisons and detention centres, in a process he refers to as “cluster amplification”.

We know that COVID-19 spreads quickly in closed spaces and prisons are commonly epicentres for infectious diseases. This is particularly a concern where there is overcrowding, with most English  prisons operating at over 100% of their design capacity. The Prison Reform Trust calculates that around 20,000 prisoners – almost a quarter of the total – are held in overcrowded conditions. Women are being held in  twos and threes in single cells at HMP Eastwood Park, HMP Downview, HMP Send, HMP New Hall, HMP Bronzefield, as of today, 20 March 2020. The World Health Organisation (WHO) has identified overcrowding as a structural problem that contributes to the spread of infections in prisons. Some groups are particularly adversely affected by prison overcrowding. For example, the needs of women and children in detention – already often given little attention – tend to be even more neglected in overcrowded and overstretched prison systems. Overcrowding exacerbates the risk of suicide in women’s prisons. BAME women suffer from ‘double disadvantage:’

The distress of black women is too often disbelieved and viewed as a discipline and control problem, rather than requiring care and support. The role of race in the dehumanising treatment these women received cannot be ignored.  – Debra Coles – Inquest

Overcrowding has a corrosive effect. It is, in the words of Lord Woolf, the author of a report on the Strangeways prison riot that left two dead and almost 200 injured, “a cancer eating at the ability of the prison service” to deliver effective education, tackle offending behaviour and prepare prisoners for life on the outside.

In addition, many people who are incarcerated also have chronic conditions, such as diabetes, cardiovascular disease and asthma, which makes them vulnerable to more severe forms of COVID-19. Prisons healthcare is killing women whose needs are often ignored and who cannot access the most basic healthcare in prisons. Research on other diseases, such as tuberculosis (TB) and hepatitis, shows rates of infection among incarcerated populations are up to 100 times higher than outside of prisons:

“Women in jail had a higher burden of chronic medical disorders, psychiatric disorders, and drug dependence than men, including conditions found more commonly in men in the general population. Thus, there is a need for targeted attention to the chronic medical, psychiatric, and drug-treatment needs of women at risk for incarceration, both in jail and after release.”

The first cases of COVID-19 have been reported at HMP Strangeways and it appears prison officers are also affected, with over 75 in self isolation or ill with symptoms at HMP Berwyn.

COVID-19 has broken out in our prisons and youth detention centres. This will then have a substantial flow-on effect to the community, including community health services. People are continually churning in and out of prisons and then being released to their communities. Significantly, In 2017, 62% of women remanded into prison by the magistrates’ court and 39% remanded by the crown courts did not go on to receive an immediate custodial sentence.

Failing to deal with COVID-19 in the criminal justice system will also have a disproportionate effect on vulnerable populations over-represented in prisons, namely black and Asian women whose health needs are unmet in prison and who are disproportionately represented; people from low socio-economic backgrounds; people experiencing homelessness; and people with disabilities.

Prisons experience a daily influx of prison staff, health care workers, lawyers, educators, non-governmental support workers and visitors — all of whom can carry viral conditions at the prison back to their homes and communities and return the next day carrying them from home. In the current circumstances, it is unviable to preclude incarcerated people becoming infected with COVID-19 and spreading the virus beyond prison walls.

Healthcare in prisons is already overstretched, which creates a risk that people living and working in prisons will not be monitored regularly enough. Symptoms need to be addressed quickly. Isolating people suspected of having the virus will also be a major challenge.  The government’s stated intention to cluster people infected, or suspected of being infected is not a humane way to deal with people in our criminal justice system in a pandemic. This approach will potentially cause further problems within the isolated population and eventually, in the community when they are released.

We are hearing reports of prisoners not being able to regularly wash their hands, which may promote the spread of disease. Hand sanitiser, which contains alcohol, is  considered contraband. Prisoners share bathrooms, laundry and areas where food is consumed. Prison toilets do not have lids. Many cells are doubled-up and prisoners share rooms and dorms in low security prisons. Air circulation can be poor, as many windows do not open. Soap may only be available at a cost and many prisoners have no prison employment and no money for this.

To prevent prisons becoming COVID-19 hotspots, the only logical response is decarceration. This emergency measure is necessary to protect the health and well-being of prisoners and the wider community. As the pandemic has widened, international measures have included Iran’s release of 85,000 prisoners, Ireland’s proposal to release prisoners with less than 12 months to serve and the proposed release of high-risk inmates from Rikers Island and elsewhere in the United States and United Kingdom to a very small degree, a proposed 600 of a prison population of over 88 000.

The Reform think-tank estimates there are 2,305 “low risk” prisoners currently serving sentences for crimes such as shop-lifting and should be released into the community. Clearly, by releasing a large proportion of these inmates, the strain will be eased on both overcrowding in British prisons and on the prison workforce during the outbreak of the virus. Reform adds that in the short-term aid the fight against coronavirus and significantly reduce the cost of holding offenders in prisons – with a price tag of £3,601 a month.  The organisation said the cost of monitoring an offender with Home Detention Curfew tag is around £166 a month, while a full community sentence, including unpaid work and probation meetings, would cost around £368 a month.

We are therefore calling on HM Government to, as a matter of urgency:

• Ensure all prisoners are informed on the status of COVID-19 and their rights;

• Adopt, to the extent possible, best-practice sanitation (including alcohol-based sanitisers if necessary) and social distancing techniques to promote prisoner and staff safety;

• Support not-for-profit and government agencies to work with prisoners and their families to find them safe accommodation when they are released as a result of this call for decarceration;

• Minimise the impact of restrictions on prisoners (e.g., frequent opportunities to communicate with family online, in the absence of face-to-face visits; increased access to and availability of  subsidised phone calls; judicious approach to the use of solitary confinement);

• Minimise the use of resources on the detection and prosecution of non-violent offences that do not pose a significant risk to the community;

• Support bail and non-custodial penalties for all defendants who do not present a very high risk that cannot be managed in the community (e.g., through electronic monitoring), noting that stringent restrictions on daily movement are likely in any event;

• Legislate to require bail and sentencing courts to consider the risk that a current pandemic will present to the prisoner and their community upon release, with a view to promoting community-based options;

• Provide additional support to victims, noting the likely increased risk of family violence for those in home quarantine conditions;

• Provide for the early release of prisoners, including: 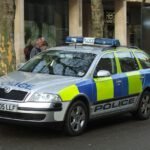 The Washington Post Grossly Misleads its Readers on WoLF