‘Very Important Pedocriminal’ was the slogan painted on one protester’s back at the museum of cinema, Cinémathèque Française, as the venue attempted to host a retrospective of Roman Polanski’s cinema history. The 84-year-old French-Polish director’s films include Rosemary’s Baby, Chinatown, The Pianist and The Ghost Writer. Polanski had been invited to present his latest film ‘D’après une Histoire Vraie‘ (Based on a True Story).

In January, Polanski had been forced to step down as host of the French equivalent of the Oscars, the César awards, after a petition opposing the appointment accumulated over 61,000 signatures.

Roman Polanski has been a fugitive from US justice since 1978, wanted on six felony counts after allegedly sexually assaulting a 13-year-old girl. Four other women have made similar allegations against Polanski, including two this month after the Weinstein revelations. Former model Renate Langer said the filmmaker raped her when she was 15, and artist Marianne Barnard alleged that Polanski molested her when she was 10 years old. As a French citizen, he has been protected from extradition, even though charges against him in the US are still pending. After fleeing to France in fear that the judge would sentence him to 50 years in prison, Polanski claimed the reason for the media attention on the story was that ‘everyone wants to f**k young girls!’

Although public opinion is in favour of his extradition, Roman Polanski has consistently been defended by many in the film industry. Cinémathèque director Costa-Gavras released a statement defending the decision to invite him, calling Polanski a ‘great filmmaker’ and going on to say that they ‘don’t give out prizes or certificates for good behaviour.’ A longstanding supporter of Polanski, Costa-Gavras had declared in 2009 that ‘There was no rape in this story […] You see a picture [of the victim] and she looked twenty-five.’ Meanwhile French culture minister Françoise Nyssen said ‘It’s about a body of work, not about a man. It’s not for me to condemn a body of work.’

The campaigner Laure Salmona had organised a petition calling for the event to be cancelled, gathering nearly 28,000 signatures. In it, she argued that the celebration was ‘an insult to all the women who mobilised around the #MeToo and #BalanceTonPorc hashtags, and an affront to all rape victims, particularly Polanski’s victims.’ After this petition was ignored, feminist organisation Ozez le Feminisme (Dare to be Feminist) called for a protest outside the building, while activists from Femen took their opposition into the event itself. Dozens of demonstrators chanted slogans such as ‘No honours for rapists!’ as Polanski was escorted inside through a back door.

On the previous Sunday, hundreds of women had poured into French streets as part of the #metoo campaign against sexual harassment in the wake of allegations against movie mogul Harvey Weinstein. 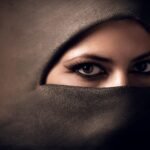 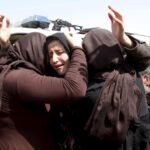