A photograph of an atheist meet-up group in Kuala Lumpur organised by the Atheist Republic went viral, prompting death threats from members of the public and threats of prosecution by police and officials.

Last month, a Malaysian government minister said authorities would investigate a local atheist meet-up group after a picture from their meeting in Kuala Lumpur went viral.

News coverage led to many Malaysians also calling for apostates to be fired, jailed, and even beheaded.

Describing the targeting of atheists, secularists and humanists by the Malaysia government as a “witch hunt”, IHEU director of advocacy, Elizabeth O’Casey, referenced Prime Minister Razak’s comments a few years ago when he described humanism and secularism as threats to Islam and the state and labelled human rights based on secularism, humanism and liberalism as “deviationist”.

“Advocating secularism means supporting a system where freedom of religion or belief and expression for all is respected. Humanists defend human rights and promote values grounded in a concern for all people over that of ideology or dogma. If doing these things is “deviant” then we’re proud to be “deviationists” and stand by all those in Malaysia who are doing the same thing.”

“Atheists are one of the world’s most persecuted minorities, and yet they are also one of the least defended. Atheists need to know that their countries care for and welcome them and that they are not ignored by the international community when they are being hunted down by their governments.”

“Our atheist members in Malaysia are very grateful for the attention the International Humanist and Ethical Union has brought this issue.” 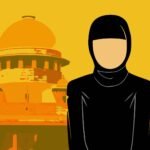 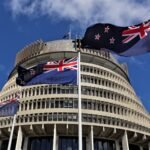