Skip to content
Interviews • World  »   Q&A on the Philosophy of Economics with Dr. Alexander Douglas – Session 4 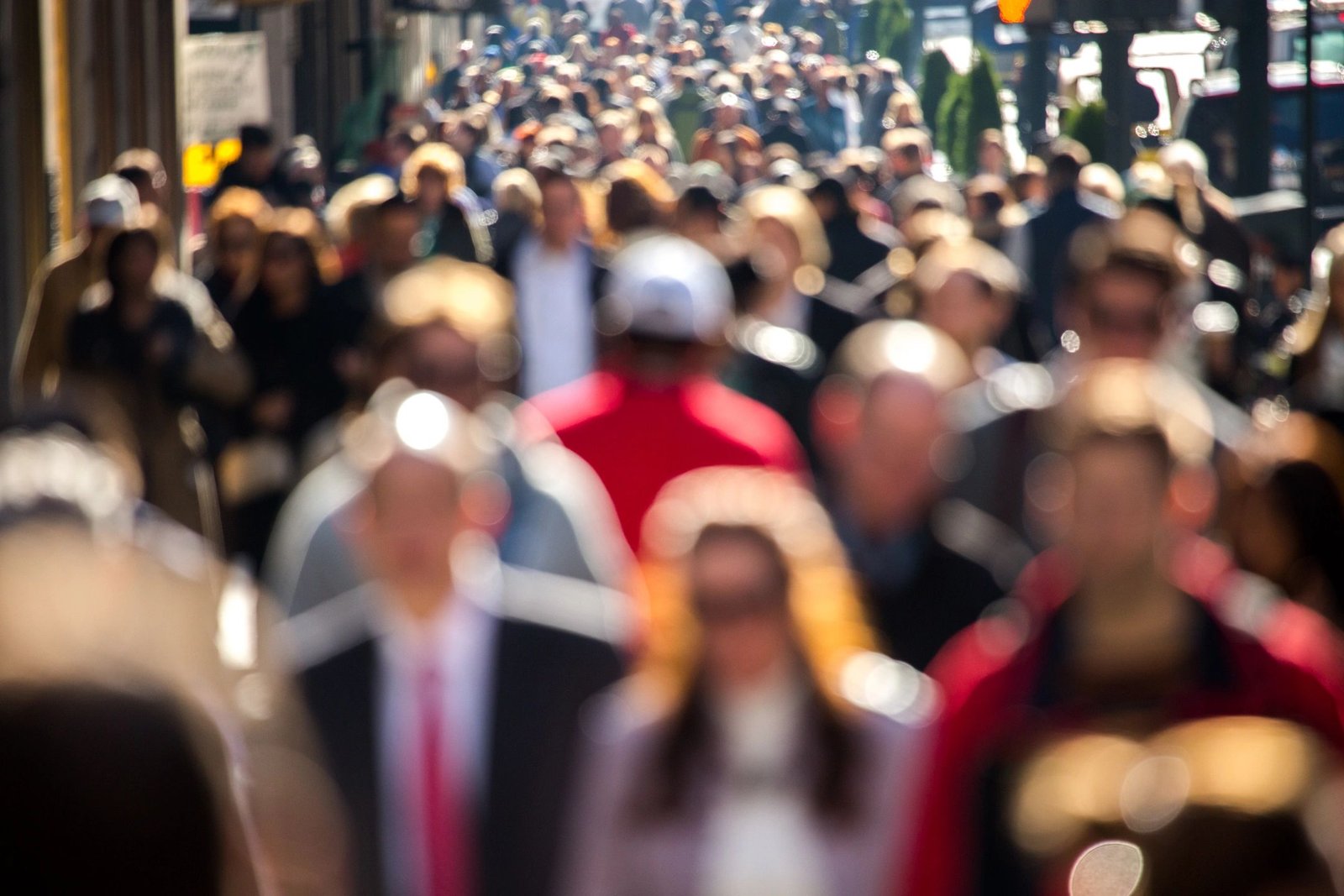 Dr. Alexander Douglas specialises in the history of philosophy and the philosophy of economics. He is a faculty member at the University of St. Andrews in the School of Philosophical, Anthropological and Film Studies. In this series, we discuss the philosophy of economics, its evolution, and how the discipline of economics should move forward in a world with increasing inequality so that it is more attuned to democracy. Previous sessions of our Q&A can be found here, here, and here.

Scott Douglas Jacobsen: Dr. Douglas, as previously discussed, a gap in knowledge, theory, and predictable consequences have developed in economics. When did this occur?

Dr. Alexander Douglas: Economics didn’t always seek status as a precise empirical science. Adam Smith famously declared disinterest in what he called “political arithmetic”. He might have been thinking of William Petty’s Political Arithmetick (1690), which attempted to advise the king on the specific economic effects of various policies. Smith, at least as I read him, was more interested in the moral psychology of economic activity, such as the sorts of motivations that drive people into economic interaction and the psychological effects of being engaged in it. I think he was closer to a novelist than a scientist. He sought to dramatize capitalism and present the sorts of character that inhabit it. There is a world of difference between this, and the ambition to use economic theory to forecast the specific effects of various policies or institutional changes.

The mania for the latter sort of calculated forecasting took off with the innovations in national accounting statistics that began with the development of the National Bureau of Economic Research in the United States, and in other similar departments around the globe, in the middle of the twentieth century. Now economic aggregates are treated as the report card for the standing government. The government takes credit when the numbers look good. The opposition blames the government when the numbers look bad. Both agree to propound the illusion that the government somehow controls these numbers.

Jacobsen: What might be the upper limit in predicting human choices?

Douglas: I don’t know. Neuroscience might one day discover some algorithm that predicts precise behavioural outputs from easily-sorted classes of inputs. We’d then have a precise method for predicting behavioural responses of human agents to environmental changes. But, again, even if this were possible, who knows whether it would be of any predictive use. Huge differences in behavioural outcomes might be made by differences too small for the instruments to measure.

At any rate, I don’t see why we should be trying to predict human behaviour – or what I’d rather call human action. The eighteenth-century materialist Baron D’Holbach dreamed of a day when the government could “hold the magnet” to move its citizens around like iron filings, after having developed a complete science of psychological “magnetism”. He was, in other words, an early advocate of governance by manipulation of incentives – perhaps an ancestor of today’s proponents of “nudge” theory. I find this idea disturbing. I believe that the unpredictability of human action is a precious thing that should be preserved, and instead of trying to render human action predictable and thus controllable, I’d rather we strove to develop an ethics and a politics that fully embraces uncertainty. Maybe if we stopped trying to control each other so much, we’d find that the world is becoming less dangerous rather than more.

What really worries me is that in developing a theory that treats people as cipher-like “pleasure machines” – to use Geoffrey Hodgson’s term – and in designing our institutions on the basis of that theory, we will end up reducing people to what the theory treats them as being. Economists often say that their theory is value-neutral, that they aren’t telling us how people should be, but merely telling us how people are. They treat opposition to their project as a superstitious reaction against scientific enquiry. But they don’t consider that the prevailing theory of human nature can end up transforming human nature. For example, if you regard humans as little more than consumers, you might cover the landscape with advertising, seeking to tap into this lucrative monomania. Then when the advertising becomes so abundant that people have nothing else to look at, they really do become the monomaniacal consumers they were assumed to be. This is, I think, what Ruskin was getting at in the first part of Unto This Last. A key job for philosophers is to fight this tendency that degrades the human spirit in practice by underestimating it in theory.

Jacobsen: Could the rules for economic behaviour – exchange of products and services – become looser with weakened social ties, and thus loosen the Wittgensteinian view on “rules”?

Douglas: In the ‘Wittgensteinian’ view that I proposed (which may not really have much to do with Wittgenstein), rules are instantiated at the level of communities, not individuals. Certainly we could explain the exchange of products and services by identifying the various social rules that drive these exchanges, beginning our analysis at the level of the community rather than the individual. But in doing so we would be giving up a crucial principle of mainstream economics, namely methodological individualism: the principle that the unit of explanation for economic behaviour are individuals. Individuals, in mainstream economic theory, are supposed to have preference-orderings, which are rules governing their behaviour (“swap one apple for two or more oranges, but not less”).

The ‘Wittgensteinian’ argument I hinted at has the conclusion that preferences can’t pertain to individuals on their own. A rule requires a crowd in order to be concretely instantiated. A rule that isn’t properly binding has no concrete reality; it exists as a mere abstraction. But a rule that I impose on myself isn’t properly binding. I always have absolute power to exempt myself from the rule. The same holds for a small group, who can always conspire to excuse themselves. But a crowd develops an inner tendency towards conformism, exercising peer-pressure and the “tyranny of public opinion” to keep its members in the fold. If (concretely existing) rules are peculiar to crowds, then so are preferences. Individuals explore and experiment; it is the crowd that gives rise to the rigid preferences from which economists begin their analyses.

“Critics of capitalism often focus on the exploitation of the worker, but, as Joan Robinson said, it is often worse under capitalism to not have your labour exploited – at least not in the labour market.”

Jacobsen: How do economic choices (tendencies) change over the course of an individual’s life?

Douglas: Well, it is only in the middle of our lives that we can expect much from the Invisible Hand – and that’s only for those who are able and legally permitted to sell their labour. During childhood and old age, we can only count on what others are obliged to give us. I believe that our societies pitifully under-provides for the non-working population. Young children are packed into classrooms in ugly buildings, often taught by inadequately-trained assistants. The elderly languish in miserable and understaffed care facilities, or are left alone at home. Provision for the disabled is always strongly urged as it is inadequately funded. For centuries the domestic labour of women, unrecognised as a commodity by the market, was at best remunerated with a bare subsistence living; and to some extent this remains true. Meanwhile, income-earners get to enjoy the highest material standard of living in history: things that used to be luxury commodities – holidays abroad, designer clothing, exotic cuisine –are now mass-produced for widespread enjoyment by the waged.

John Kenneth Galbraith once depicted an American family meditating on “the curious unevenness of its blessings” – an engorgement of private consumer goods alongside threadbare public services. Today this unevenness translates into a massive inequality between income-earners, who can access the consumer goods with which the market is gavaged, and non-income-earners, who are stuck with the vanishing trickle of public services.

There is no reason to expect anything different according to standard economic theory. Why would a market society produce anything for those who have no commodities to offer in exchange, or are not permitted to exchange what they have to offer, or offer a sort of value that is not recognised as a legitimate commodity by the market? Critics of capitalism often focus on the exploitation of the worker, but, as Joan Robinson said, it is often worse under capitalism to not have your labour exploited – at least not in the labour market. 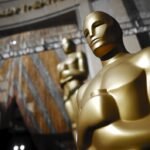 Do Awards Encourage or Limit Human Ingenuity and Creativity? 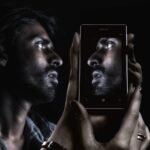