Skip to content
Main Story • North America • Opinion  »   What is driving the rise of the ‘Intellectual Dark Web?’ 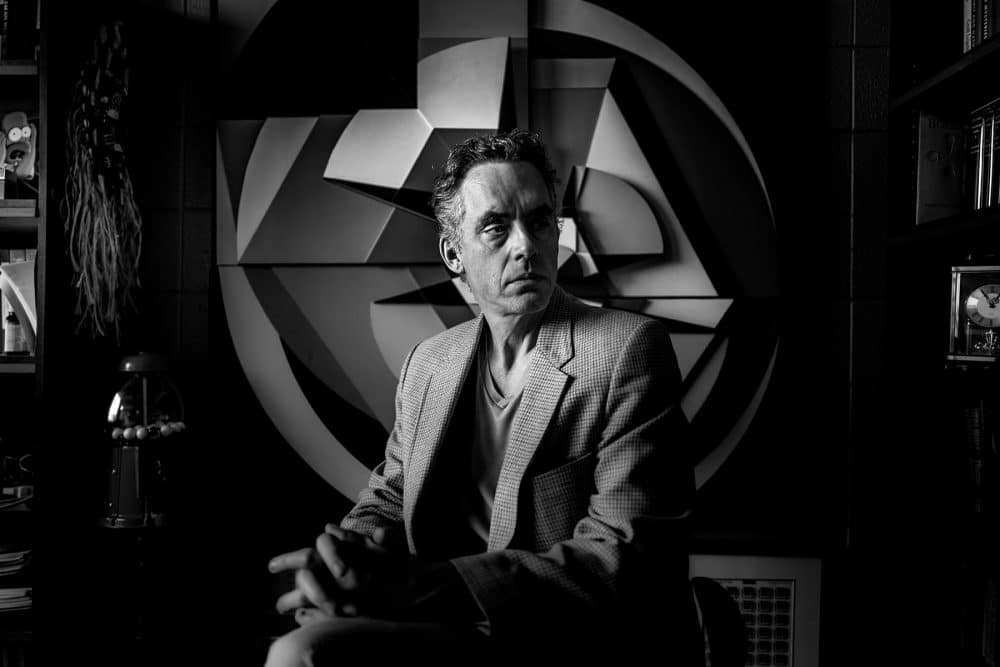 Recently, public intellectuals are moving away from university settings to the ‘Intellectual Dark Web’ to spread their ideas. What is driving this shift?

Public discourse in recent years has been increasingly characterised by polarisation and an emotionally divided political landscape. The right in the Western world struggles to grapple with rampant populism that degrades the political process with nativist sentiment whilst a concurrent fractured identity discourse sees the Left increasingly searching for traitors over converts. Where in the current fraught climate is a space for free dialogue held in good faith?

For several public intellectuals and pundits forged together in a new digital network of podcasts and talkshows, the ‘safe space’ for dialogue is to be found not in the universities or mainstream news media but online. Coined by Eric Weinstein, economist and director of Thiel Capital, the term Intellectual Dark Web refers to this emergent space. A veritable Mos Eisley cantina of disaffected leftists, conservatives and liberals are found here conducting their own political discourse. Creating their own podcasts and crowd-funding with supporters through tools like Patreon, these thinkers are subject to no authority but themselves.

Figures of all political and ideological persuasions are found in tis space. One of the more well-known podcast hosts, Joe Rogan, comes from the world of MMA, self-described as ‘The bridge between the meatheads and potheads.’ You certainly would not guess that Rogan and his podcast, ‘The Joe Rogan Experience’ was pulling in excess of 5 million YouTube views on his most popular content and regularly exceeding a million views. This is not to mention the tens of millions of downloads his podcasts receive monthly on platforms such as iTunes. Symptomatic of shifts from traditional media gatekeepers to independent platforms shows like Rogan’s signify a rejection of the trend toward sound-byte analysis. His discussions with guests, ranging typically from 2–4 hours in length, is common to many of the major content producers in this area.

Similarly, Dave Rubin, a defector from the leftist independent outlet ‘The Young Turks’, has established himself as  a talk show host for discussions not held elsewhere. A disciple of the elder interviewer Larry King, Rubin believes that his role is to have conversations with people and allow them to reveal themselves to his audience, for better or worse. For this, he is subject to substantial and ongoing attacks from the left. Rubin is attacked not for what he says but who he talks to. This willingness to speak to the Right, or give a platform to someone deemed beyond the pale is today a crime by association. The much criticised no-platforming policies seen on university and college campuses are replicated in the intellectual sphere. Well-intentioned but ill-thought out, it restricts the one real corrective mechanism we have for a Left-Right political paradigm which increasingly not only talks past one another but occupies different realities – which is dialogue.

In many instances, the thinkers being hosted by Rogan and Rubin are driven out of the universities. Bret Weinstein, the brother of Eric, was until recently a professor of biology at Evergreen State College. Like many others in his position, Bret Weinstein has a strong track record of progressivism. He was a Bernie Sanders supporter and supporter of the Occupy Wall Street movement. In his college years, he was subject to immense pressure and scrutiny for whistleblowing on sexual exploitation in a Jewish fraternity. In 2017, Weinstein was subjected to a mob of charged-up leftist students occupying his classroom. Swiftly following this incident, he was unjustly fired, ultimately leading to a substantial financial settlement for Weinstein. His crime? Refusing to participate in a ‘Whites Stay Away’ day at Evergreen. A strong progressive tradition on the campus since the 1970s, ‘Days Of Absence’ saw students from black and minority backgrounds voluntarily not attend classes for a day while meeting off campus. In 2017 the student activists determined to flip this; white staff, students and faculty would be ‘invited’ – or rather, coerced and threatened with character assassination, to make themselves absent for a day. For recognising this juncture for leftism and rejecting the decay in principle it represented, Weinstein was excommunicated in a manner reminiscent of students during the Cultural Revolution. It is plain to see that the increasing intolerance on several ‘liberal’ college campuses is the canary in the coal mine for a Left that is eating itself.

Ben Shapiro, perhaps the most conventionally conservative member of the Intellectual Dark Web, gained a reputation for advocating traditional conservative positions on issues such as abortion as well for opposing Leftist identity politics – in particular, those of the Trans activist movement. Shapiro, when invited to speak at UC Berkeley this past year, expected his talk to unfold similarly to his previous visit, advocating conservative positions in his fast-paced combative rhetorical style. It took Shapiro by surprise when, following the appearance of the so-called ‘provocateur’ troll Milo Yiannopoulos, his speech to the College Republicans was threatened by Antifa activists. UC Berkeley, the historic home of the free speech movement, had to spend $600,000 on police and security in order for his speech to proceed. Were it not for the public pressure on Berkeley to ensure Shapiro’s speech went ahead safely, in light of previous outbreaks of violence, they would likely have chosen to simply cancel his platform.

It is worthwhile also mentioning the two other members of what, for many of their listeners, constitutes a triumvirate along with Shapiro; Sam Harris and Jordan Peterson. Harris, an altogether unlikely icon, has an academic background in neuroscience and gained prominence as the youthful leading figure in the ‘New Atheist’ movement, following in the footsteps of Richard Dawkins, Daniel Dennett and the late Christopher Hitchens. Harris like Rogan and Rubin commands his own independent platform- the waking up podcast. In contrast to Rogan and Rubin’s more conversational styles of interviewing, Harris more readily challenges his interviewees, sometimes leading to confronting and argumentative podcasts. His first podcast with Jordan Peterson being a prime example of this tendency. In 2 hour long conversations, Harris engages notable figures from a wide variety of fields, including science, politics, religion and more. There are few prominent podcast hosts who can move seamlessly from an in-depth technical discussion of AI and blockchain to radical economic policies and advocacy of a new mindfulness movement in the manner Harris does.

Far from the heyday of the counter-culture and Timothy Leary’s calls to ‘Drop out’, Harris and other proponents of a psychedelic revival today are arguably of the elite, closely tied to Silicon Valley and holding advanced degrees. Harris’ championing of rationalism is matched with outspoken criticism of Islam over other religions and ideologies, characterising it as ‘The motherload of bad ideas’ in a high profile debate with Ben Affleck and Bill Maher on Maher’s television program ‘Real Time’. During his appearance on the show, Harris, backed by Maher, lays out his critique in a calm manner to a visibly angered Ben Affleck, who accuses Harris of racism and bigotry against Muslims in reply. The calm and rational temperament of figures like Harris allows them to claim the high ground over their ‘triggered’ opponents on the basis of cool headedness and a willingness to debate.

Of all the figures of note to emerge from the current crucible is the edifying and charismatic Jordan Peterson. Like Bret Weinstein, Peterson went from relative anonymity to public fame in the space of a year. As a professor of psychology at the University of Toronto, Peterson vociferously rejected the imposition of Canada’s Bill C-16 which would criminalise misgendering someone. However, the controversy grew into to a larger campaign from Peterson against what he describes as the post-modernist, neo-Marxist Left. Depicted as ‘alt-right’ by his opponents, Peterson describes himself as a classical liberal, but his impassioned and penetrating rhetorical style feels more alike to a secular evangelical preacher. Straddling the public and personal spheres, he calls for a revival of foundational truths at the roots of Western civilisation that are under threat by post-modernist ideologues.

Further lending to the apparent evangelism, is the devotion and praise he receives from his fans. His fanbase, who are predominantly young men, regularly write to Peterson and lavish praise on him for radically turning around their lives with his message of personal responsibility, truth and a go-get-it attitude characterised by his well-known proclamation to ‘Clean up your room!’ In one instance, which is both heart-warming and shocking, a Peterson fan lavishes tearful thanks to Peterson at the end of a lecture before proposing to his girlfriend as he watches on like a proud father at a wedding. The magnetism that surrounds Peterson suggests that his meteoric rise will continue further, but it is the apparent hunger for his message that is the most striking. Few would have imagined in 2017 that thousands of young men would be keenly watching a ‘Biblical Lecture Series’ on the abstract ‘truths’ of Old Testament stories.

What the conglomeration of these incisive, radical and oft-controversial thinkers on the Intellectual Dark Web represents is not yet clear but what is certain is that it reflects much more on the decaying health of our wider societal discourse. Only time will tell if, in strange and perilous waters radical dialogue presents the antidote. I personally will be watching and listening closely. 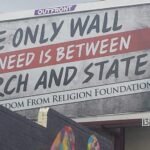