The recent wave of migrant sex crimes in Sweden has received much international media attention and varying narratives in reports. Where does the truth lie?

In the time of the #metoo hashtag where many celebrities globally have come forward in opening up about being victims of sexual harassment and sex crimes, Sweden recently gained attention for another phenomenon – sex crimes related to migrants. With the influx of migrants to the country, theories were put forth on the connection between increased sex crime rates and the newly arrived migrants. How much attention did this issue gain though, and what else seems to be the problem here?

The report also acknowledged that in 2016, estimations approximated 654 000 sex crime cases, significantly more than any other year. About 14% of the victims were women aged 16-24, the most common crime scene being a public space (51%), after which followed at home (19%), at the workplace or school (17%) and other places (13%). 65% of the cases in this report showed a completely unknown perpetrator to the victim, whereas 24% of the cases included someone familiar as a perpetrator. Approximately 11% of the crimes were conducted by someone with a close relationship with the victim.

In Sweden, sex crimes are broadly defined – everything from sexual assault to various levels of rape and sexual exploitation is included within the definition. The number of reported sexual offences in 2007-2016 increased from 12,563 cases in 2007 up to 20,284 cases in 2016. From 2015 to 2016 there was a 15% increase in reported sex crimes, and reported rape cases in the period 2007-2016, increased by 41%. The report claims that part of the explanation for the increased number of cases is the introduction of a new sexual offence law from April 1st, 2005, broadening the legal framework for what is considered rape. The second shift in regulation occurred in 2013 when the legal framing of what is considered to be rape expanded further to ‘include cases where the victim had reacted with passivity’.

56% of the reported rape cases involved adult victims, 96% of which were women. 45% of the reported rape crimes involved minors (aged 0-17). 88% of these cases involved a female victim. In 2016 cases processed either by the police, prosecutors or another investigative authority, 92% of the reported rape cases were investigated and 8% were immediately written off. Since there is a large variation in several aspects of this particular segment of the survey over the years, no valuable comparison can be made with other years or time periods. Finally, in 2016 approximately 35 people per 100,000 residents were suspects of rape and other sex crimes – compared to 2007, this number has increased by 20%.

Media reporting on the issue in Sweden and globally

There are 3 distinct segments of the news media reporting on the issue of sex crimes in Sweden. These are the Swedish established news media, foreign established news media and Swedish and international alternative news media. Given that the largest media outlets in the country are viewed several million times daily, their material should be informative and accurate. According to Freedom House, ‘Sweden’s media environment is one of the world’s most open, with a variety of outlets that are generally free from political pressure. However, the country has struggled to define the boundaries between legitimate reporting and potential hate speech, and while violence against journalists is rare, threats from extremist groups are perceived as a growing problem.’

Commercial tabloid media such as Expressen and Aftonbladet – the two largest Swedish tabloids have reported next to nothing on the issue of sex crimes related or not related to migrants. In Expressen, the search results for the words migrant and sex crimes leads to just two articles. One of them is a critical piece, detailing the varying shades of reporting on issues in regards to migrants and crimes. Among other things, it explains that ethnicity registration isn’t a part of the police job in Sweden. It’s illegal in Sweden to do so. The search for ‘rape, migrants’ shows ten additional results more broadly talking about rape and criminal activity. The second tabloid Aftonbladet shows three articles, none of which directly speak on the issue of migrants and sex crimes.

The state-owned broadcaster Swedish Radio (SR) has 23 results on the issues with migrants, rape cases and young refugee children potentially being abused in sex trafficking and statements from the police department. As for the state-owned Swedish Television (SVT), it’s impossible to even search properly through their material.

In terms of foreign media, Russia Today stands out with 127 results on migration and sex crimes in Sweden – often portrayed in sensational, clickbait ways. BBC shows hundreds of results as well, although only three appear to be relevant. The first covers the ‘What happened last night in Sweden?’ Trump debacle from last year, the second covers the claim of Malmo being the rape capital of Europe and Nigel Farage’s outbursts, and the third story investigates Sweden´s high rape rate from 2012. Speaking of Tucker, his chat with journalist Ami Horowitz on the Swedish government covering up rape cases involving migrants for the sake of humanitarianism even got turned into an article on several news sites. Like BBC, CNN also talks about Trump´s remarks on Sweden. Reuters published a piece on the Swedish Prime minister and Social Democrat Stefan Lovfen’s comments about tightening laws due to the festival rapes in the country last year.

Alternative news media have been quite vocal on the subject. Swedish neo-Nazi platform Nordfront published pieces on the racial aspect of foreigners invading and raping their Swedish blonde Aryan women. There’s the other anti-Semitic news site Fria Tider also focusing their time and effort to emphasise the ethnicity of sex criminals and/or suspects and how this directly relates to race. The unofficial Alt-Right party magazine Samnytt also likes to point out the ethnicity of perpetrators at any given time, subtly pointing out the background as a factor in sex crime cases. Author Katerina Janouch wrote a dedicated post on an unofficial study by Alt-Right Swedish Democrat P. Johansson investigating the differences in backgrounds of those convicted of sex crimes in Sweden. Rebel Media has 265 results on the topic, frequently highlighting the migrant suspect’s Muslim identity, Middle Eastern aesthetics and ridiculing Sweden’s response to the issue.

YouTube has about 35,000 videos on the migrant rape crisis in Sweden Among the most interesting are from commentator such as Swedish Angry Foreigner, who faced demonetisation for his videos on certain issues, among them sex crimes conducted by migrants in the country. Paul Joseph Watson from Infowars has published several videos and articles covering cases where the victim was very young and the Facebook live-streamed migrant rape case from 2017. There are many other actors out there creating content on this topic. These selected ones are a partial overview of the perspectives and reporting on the Swedish migrant sex crimes issue.

You want the truth – you can´t handle the truth

As Freedom House stated, Sweden’s problem isn’t an issue of free speech but a struggle to define boundaries. What seems to be the issue here isn’t the issue. Expressen did publish one great, nuanced article on media and Swedish sex crimes and migrants – but then what? Nothing. There was no massive applause from polarised groups suddenly having their voices heard. There were no hashtags of love to support the critical research done in that piece. No tears of joy. Why?

Remember the good old times of irony? We are way beyond that. Far too many journalists haven’t quite realised that trolling has seriously entered mainstream culture. Truth-telling in a postmodern society is whatever you want it to be, hence the impressive fluctuations in reporting on sex crimes in Sweden. As for the suggestion that the Swedish government is suddenly inclined to hide news, in order to protect their humanitarian stance toward migration? That’s some first class trolling right there.

Causation and correlation means nothing to these people, nor does science in general. Integrity is just a word, whether you’re creating content at BBC or uploading YouTube videos as an angry foreigner. It doesn’t matter, these actors are two sides of the same coin – some trolls more self-aware than others. The neo-Nazi inclination to report on Swedish women as theirs while calling them whores, the soft (word) porn Samnytt platform of self-victimized heroes of our time longing to save the ladies from the predators – unless it’s their own fault they got raped. The CNN trauma of not getting enough attention and RT’s desire for relevancy – that’s what determines how an article or video on sex crimes in Sweden will be published and framed.

Aftonbladet and Expressen roll around in media mud like gladiators, fighting for the glory of another day of relevance. When the paycheck depends on clicks, you’re not publishing quality. Deceptive trolling has come in handy in the games of trolls, and if you’re a sophisticated tabloid press, you can blame the low-class trolling for the time you have to spend on reporting useless, empty garbage news.

Stefan Lovfen and his political alliance with a group of ignorant Regressive Leftists aren’t doing a good job of approaching the issue of sex crimes related to migrants in the country. There are some members of Parliament, such as Swedish-Iranian Moderate parliamentary member Hanif Bali, a vocal young politician who are not afraid to touch on the issues at hand. Having said that, if this inconvenience stamp isn’t removed from societal issues in the upcoming months, the election in September might turn into something similar to the US election.

As for society’s frustration, we’re getting there. Most people aren’t idiots and we are already talking about sex crimes and other societal issues in Sweden. Don’t be fooled by the trolls. People are speaking up, communicating on social media and out in the real world. Finally, would you really like to know the truth on migrants and sex crimes in Sweden? We don’t register ethnicity here, because we’re not a useless, backwards society. Read the report for the statistics. You’re welcome. 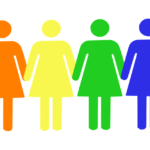 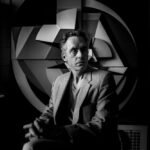 What is driving the rise of the ‘Intellectual Dark Web?’