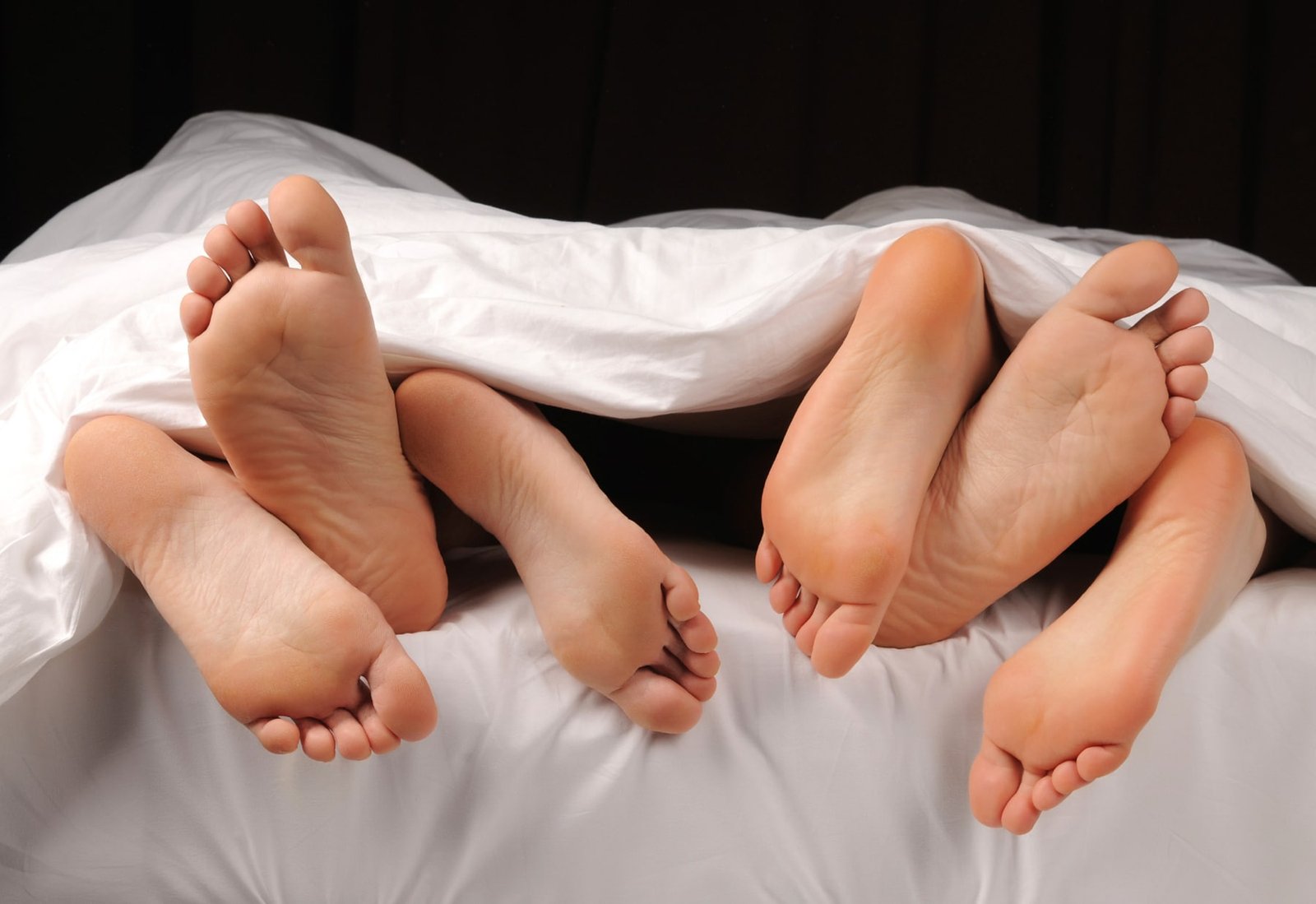 Attempting to connect the actions of sexual abusers like Harvey Weinstein to sexual permissiveness is not just wrong but repugnant and dangerous.

The torrent of revelations concerning Harvey Weinstein’s alleged harassment, assault, and rape of scores of women has rightly made a huge impact. Weinstein held, until the revelations began, significant power in Hollywood and, as a major Democratic Party donor, non-trivial political influence. It is clear his position in the industry both allowed him to force himself on women, sometimes in a sexual way, and protected him from consequences. His behaviour may have been a long-time open secret.

There is a silver lining to the emerging picture of systemic abuse. It has encouraged many women and, importantly, men to speak out about their own experiences of harassment and assault. Overcoming the shame and fear, many victims of sex offences feel is good in itself. A light may also be shone on a culture that allows abuse to flourish, both in Hollywood and other industries. As the sheer scale and pervasiveness of abuse becomes clearer, hopefully this is a step towards it being addressed.

How not to respond

Unfortunately, some individuals have used the scandal to promote some less than palatable “diagnoses” and “solutions”. The Independent, now partly Saudi owned, published an apparently un-ironic article arguing that that the West has a lot to learn from the Quranic approach to gender relations. Others have suggested that being unattractive is a healthy buffer against sexual assault. The thread linking these perspectives is an increasingly fashionable scepticism about the “Sexual Revolution”, a slightly nebulous concept referring to increased permissiveness since the 1960s. There has also been outright victim blaming, denial, and obfuscation but I won’t dignify those views with a response.

In its more reasonable forms, objection to the Sexual Revolution is about raising concerns about the potential harms of pornography and objectification. This was seen in the discussion of Playboy founder Hugh Hefner’s legacy following his death last month. Essentially, the argument goes, the “liberation” of Hefner’s revolution was for (heterosexual) men only. Women were only given the freedom to be objects of the male gaze. The Playboy Bunny was always for the Playboy reader (and for Hugh). Not only has this revolution done little for women, but it also led to them facing new pressures. Pornography made men demand more, and a hyper-sexualised culture conditioned women into seeing attractiveness (and submissiveness) as their primary marketable quality.

More insidious ideas have come from this scepticism. In particular, it has become increasingly acceptable to suggest that women should be modest and/or reject promiscuity. Now, there is absolutely nothing wrong with saying that every woman should have the right to be modest or even chaste if she wants to. It is, though, inherently regressive, if not repugnant, to suggest that there is ever anything wrong with women wearing whatever they want and having sex with as many people as they want.

“Pornography made men demand more, and a hyper-sexualised culture conditioned women into seeing attractiveness (and submissiveness) as their primary marketable quality”

There is absolutely a case to be made that women should not experience pressure to be sexualised and that this can slide into men feeling entitled to sex. There are, though, no grounds for suggesting that a sexually liberated lifestyle cannot be enjoyable and fulfilling for many women. Modesty norms do nothing but stifle their self-expression and flourishing, not to mention reinforce outright oppression. Likewise, any hint of shaming male sexual desire should be crushed before it sees the light of day. Men are not inherently sexual predators and promiscuity is not exploitation. To say otherwise is to blur lines in precisely the way that benefits sex offenders. Frankly, it should be easy for men to both seek sex and to take ‘no’ for an answer. There is never an excuse for confusing philandering and sexual assault.

We need more sex, not less

Where does this leave the legitimate concerns with our current culture? First, some perspective should be maintained. The progress of LGBT+ rights has its roots in a wider liberalisation of attitudes surrounding sex. In a somewhat related vein, it is unambiguously positive that it is broadly accepted that having sex purely for pleasure is perfectly moral. The idea that sex should be restricted to procreating in marriage has rightly been condemned to the margins of society. It should also be noted that modesty cultures have never exactly provided much, if any, protection from abuse.

Primarily, though, the problem is that the Sexual Revolution has not gone anywhere near far enough. The problem is not that men have been liberated too much. It’s that women have not been equally liberated. I would also suggest that men have not been liberated enough. Rather than diminishing the (straight) male gaze, we should promote the female gaze (and everyone else’s). Rather than suggesting women could benefit from being less sexual, we should attack the double standards that stigmatise promiscuous women as “sluts” or “asking for it”.

At least in a heterosexual context, gender relations are still constrained by a pernicious traditionalism. Men are expected to “pursue” women, who are encouraged to eventually succumb to seduction (ideally at a purported optimum point on the virgin-whore spectrum). Likewise, men are perceived as primarily interested in sex and women in relationships. The notion of women being lustful and men having emotional needs is sadly still treated with scorn by too many. This possibly contributes to, and certainly enables, sexual harassment and assault. Confidence can mask aggression and reticence can be dismissed as coyness.

It is the same remnants of traditional values that ensure that men dominate positions of power. This allows for someone like Weinstein to not only exploit a power imbalance but also to live without fear that they would suffer consequences. To be clear, I do not think that having x number of women in specific positions would be particularly helpful. Rather, what matters is breaking down the perception of men being the default power figure with women as their passive recipients. Promoting a greater diversity of choice and expression for both girls and boys could facilitate this. Women should not feel the pressure to place their family before their careers (or even necessarily have a family), and there should be more scope for men to pursue traditionally feminine roles without shame.

As for sex specifically, I would suggest that the problems with the purported sexualisation of culture is that it is not sexualised enough. Why, exactly, are so many children learning about sex from unfiltered extreme pornography? It is because they are not given a remotely satisfactory sex education at school or at home, due to lingering (paradoxical) worries about discussing sex openly and directly. Earlier, more comprehensive, and more positive sex education, especially with an emphasis on relationships and consent, could strip hardcore pornography of its allure.

Likewise, what, exactly, is wrong with pornography? As with sex work, the primary issue is with abuses and exploitation in the industry. This is, though, as we have sadly seen with the Weinstein affair, something that is rife in every industry from Hollywood, to journalism, to law. I would add that the particularly horrific abuse suffered by sex workers is likely abetted by criminalisation of activities related to prostitution.

Sexual liberation is not objectification

We appear to be at something of a cultural crossroads. The irony that the Weinstein scandal has come to light during the Presidency of a man who has boasted about committing sexual assault should not be missed. However, the growing recognition and outrage about how pandemic sexual abuse is suggests we may be moving in the right direction, however gradually. Hopefully this will not mean regression into stunted modesty and repression. Rather, we could see steps towards greater liberation centred on diversity and consent. Sex, autonomy, and respect are entirely compatible and complementary. 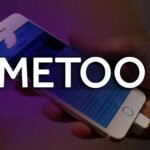 After #MeToo: Are Men Listening? Will There Be Change? 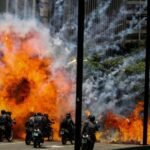 Why Has Venezuela’s Collapse Become An Overlooked Crisis?