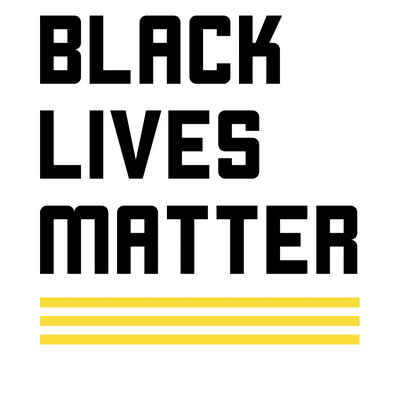 Now at this point, many of the individuals who flatter themselves that they’re extremely smart with this response that should make most of us with a smattering of common sense roll our eyes heavenwards, crash back in with a Wikipedia quote about Black Lives Matter as an organization, with their mission statement, goals etc as generally focusing on keeping black people alive. I’ve been repeatedly reminded that we are strongest when we truly attempt to understand the opposite side, to not attribute mala fides to them, and to ‘steelman’ their argument by trying to see it from their point of view. I’ve tried doing this, so I can imagine that the surrounding avalanche of information, contradicting and sometimes inconsistent messaging by some BLM leaders, and the widening scope of the movement’s rhetoric could be confusing. It is, after all the natural progression of any social movement — it starts with a single issue and gradually widens as it gains support or as its adherents see links to other issues. If one were to take the mission statement, and other publicly listed goals and principles as representative of Black Lives Matter, does the ‘but did you see black on black crime statistics’ response become more palatable?

I would argue not. Here’s why — Let’s assume you’ve been offline for a few years. You sign back into society, and you hear about Black Lives Matter. If you were to take a few seconds to imagine, why this slogan, it is heartbreakingly, instantly clear that it is a response to a reality perceived as devaluing black lives. If you were a community organizer, when would your mind settle on a slogan as ‘black lives matter’? When you feel the need to insist on what should be obvious and you want to scream ‘black lives matter dammit!’. I’m not attempting to fictionalize the grief, frustration and pain that led to BLM — rather, the immediate response to hearing such a slogan should be to recognise that the mere form of the slogan makes it clear it is an impassioned response to a perceived injustice that seems to regard black lives as less worth. One sees other versions of this plea across the globe — when Dalits in India are lynched and killed for drinking water out of the wrong well, when suffering experienced by a community is not responded to with appropriate gravitas. Even in the mere wording, it is abundantly clear that it is a response to what is seen as insufficient respect for the lives of a demographic. Once again let us place ourselves in the position of a dispassionate, unaffected and uninformed stranger who has generic, common knowledge of the mechanics of human society. Crime, while tragic and limiting, results in a reaction of a plea for help. At a fundamental, basic level, we are all aware that human societies have some amount of crime, and that we want systems in place to stop it (the shape and form of these systems can be debated in a different article). We fear and grieve crime, and demand it be punished properly — in fact the general trend of outpouring of anger and demands for punishment of criminals is because of an expectation that the victims of the crime are respected for their humanity. But we are outraged and demand respect for the humanity of a demographic from the State, when the Sate acts in ways that signal to the citizenry that the demographic’s humanity is easily dismissed (assuming). Even assuming for a second that the speaker treats BLM in the sense of the larger entity fighting racism, it is pitifully clear that the protests are against the State’s treatment of Black people, and black lives. To come across this slogan and to pretend that it was a generic call for valuing of black lives by everyone is both profoundly dishonest or unforgivably lazy — the mark of a person who does not bother to take the 15 seconds of contemplation it requires to understand that it is a plea against the special devaluing of black lives.

The deliberate distortion of political and social slogans like BLM is, in fact, a favoured tactic of people ill-intentioned towards movements. For years, many of you may have seen mocking of the slogan #BelieveWomen started by American feminists. Many thousands of men pretended as if the slogan implies the dismissal of investigations, due process (and in criminal cases) a trial. They sarcastically pretend that the slogan amounts to demanding that all women should be believed without question or doubt, all the time, in all contexts. Consider for eg., the retorts of right leaning persons about how the American left seemed to be backtracking on its commitment to #BelieveWomen with respect to Tara Reade. Remember also that when Senator Elizabeth Warren claimed Senator Sanders had said a woman couldn’t win the presidency, many actors demand that the American left should ‘believe’ Senator Warren blindly, without further proof, as testament of their commitment to #BelieveWomen. More recently however, this excellent article needed to be published, reminded everyone of the origins of the slogan, why it was framed the way it was — and how it different from #BelieveAllWomen — which many of its detractors seemed to be responding to. The two slogans were very different, and a quick search tells us how — yet a group of commentators twisted a slogan meant to convey that women should not be treated as uniquely untrustworthy, and called for them to be treated with general credulity, as a slogan calling for the dismissal of standards of proof, burden of proof, investigations and practically lynching of accused men on a woman’s say so. The slogan of course, called for no such thing. The idea that the slogan amounted to that was and is a strawman that certain interests then pretend to argue against — the fact that they resort to the strawman version is sufficient proof of their values and intentions. So an article reminding everyone of what it actually signified needed to be written. Similarly, a slogan that sprung up around police killings has been mangled and misrepresented and presented as a generic struggle against racism — when it was no such thing.

Attached to the incredible bad faith and apparently confounding reasoning behind this response to BLM is of course, the attachment, particularly by people of other communities (non-white, so they cannot be easily accused of white supremacy) to ‘but what about single black mothers’ and absentee black fathers.

This is promptly followed up by disconnected citations of children of single mothers being more likely to be criminal, without a moment’s scrutiny as to whether a) external and societal factors influence or engender a larger group of single mothers in this demographic, b) the influence of the pointless ‘war on drugs’ and the crackdown on heroin that targeted black men c) the Crime Bill of 1994 and the sprawling of a culture that engendered police corruption and let to the well known facts of incarceration of black men behind bars for minor offenses, all of which BLM the current organization, not the slogan, has a grievance against – , justified or not.

The point is not that these discussions should not be had or that BLM should not be criticized – it is the fact that any discussion about ‘black single mothers’ – this, after the trope of the absentee black father being repeatedly disproven, conveniently misses out widely covered, obvious issues, and factors, perpetuated by a white-dominant society, that has created disadvantaged conditions, and then attempts to dismiss them with eye-rolls and pathetic retorts of ‘well actually’…

These are not reasonable arguments. These are not excusable utterances. It is impossible to be sufficiently informed to quote statistics about black-on-black crime, while at the same time pretending as if the remaining socio-economic and legal conditions forced on the black community in America make the extent of the contribution of the issues they assail, such as single motherhood’ and portend, at any level, that this is an argument put forth by a reasonable person in good faith. 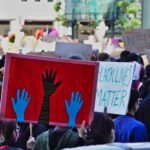 The Incredible Racism of Some Responses to Black Lives Matter 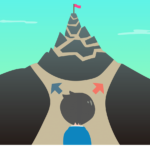