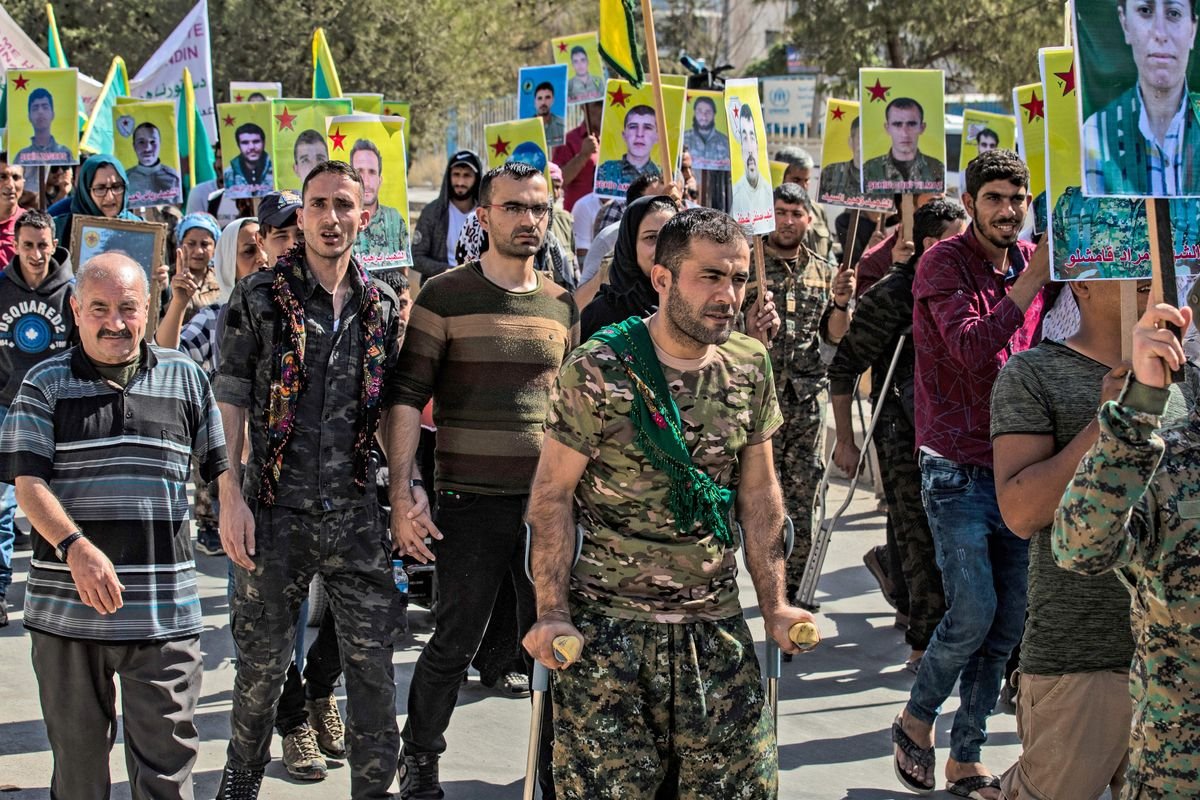 The focus on Trump’s decision to abandon the Kurds ignores an international community that still fails to protect vulnerable minorities.

Yesterday a video started making the rounds on twitter, accompanied by vociferous condemnations and denouncements of Trump. Angry US commentators exclaimed that the withdrawal of the US troops from the region, giving Erdogan free reign to annihilate the Kurds, was a betrayal. The worst outcome, feared by everyone since the decision was announced, is now happening. As Kurdish lives are lost, a heartbroken mother cradling the corpse of her dead daughter screams in anguish at Erdogan and Trump. The gut-wrenching video doesn’t just highlight the ongoing attempts to destroy the Kurds, but also exposes the sheer pointlessness of the assault – a people merely wanting to be left alone, torn apart and successively eviscerated.

But the blame does not, and cannot lie on Trump alone. It lies with the European Union, which, despite being an economic and political powerhouse, is standing idly by as Kurds are being chased from Kobane. In the case of Hong Kong, a pushback to the oppressive power would entail going to war with an enemy that may well outmatch them. In this case it defies belief that a small portion of the combined military strength of the members of the European Union cannot be used to protect a fledgling minority, who have already suffered greatly because of ISIS, from the Turkish assault.

It lies with the Five Eyes Alliance that cooperate on intelligence with the US on other fronts, but are staying quiet in the absence of US leadership. While claims of US military power single handedly protecting the ‘West’ are wildly overblown, it is undeniable that rich, developed countries nevertheless sit back and let the US take the first step in any international issue before dipping their feet in. While the Five Eyes Alliance itself is for strategic intelligence cooperation, it reflects the capacity of these countries to organize security infrastructure if needed – something they seem loath to do if the US military withdraws on any front.

But most of all, it lies with us and the larger international community. Just and valid criticism is made of reckless, short-sighted US intervention – but when a minority like the Kurds is being annihilated in real time, commentators of all stripes are criticizing the US for its withdrawal and failing to see the contradiction in their position. It is undoubtedly true that the US has deliberately taken on the role of policing the world and projecting its military might to use it as a bargaining chip for its other foreign policy endeavors, demanding less from other countries in order to maintain its military dominance even among allies. It is also true that it has abruptly withdrawn promised support to the Kurds – in effect contributing to a situation and then leaving it halfway. But this doesn’t negate the fact that the rest of the world has let the US take the lead, creating conditions ripe for disaster when there is a power vacuum. We, in our rhetoric and pleas, still turn to the US and assume that they will swoop in. Why?

Why is this the case? Any military intervention under the aegis of the United Nations has to be authorised under Chapter VII, and only the UN Security Council has the power to authorize resolutions under Chapter VII. This, naturally, brings us to the power deadlock bequeathed by the legacy of the Second World War – the veto power granted to the Permanent Members, which has been repeatedly and consistently used by the super powers to block any meaningful action. The end of the Cold War brought with it the hope that the UNSC could now function truly as intended and authorize action that could prevent genocides, but as we’ve seen over Syria and North Korea, the three dominant powers are still playing with the rest of the world. To make matters worse, Art 103 of the UN Charter establishes the primacy of the same – and states that members’ obligations under the UN Charter override their obligations under any other treaty. This makes alternative arrangements difficult but not impossible.

The conversation therefore, cannot and should not end at the frozen incompetence of the Security Council, and consequently the United Nations due to the veto power. While China claims an increasingly larger stake in discussions on the global stage, and India has repeatedly vied for a status as Permanent Member, there is nary a whisper about holding these countries to account for their role in international peace. While they continue to make big claims about BRICS and the Silk Belt, every impassioned activist still rants about the betrayal / silence of the ‘West’. Why are the emerging powers celebrated for their significance in countering US imperialism, yet not called upon in rage for failing to act like world leaders? Why isn’t Europe? Why is it the case that – decades of living through with the consequences of the veto power, the international community, including the developing world, has not devised an alternate to the UNSC gridlock? Members of the General Assembly tried, with the doctrine of the Responsibilty to Protect to take action when the Security Council was useless but, as these efforts were in fact, within another UN organ they are bound by the overall UN framework.

Yet while emerging powers have demanded greater importance, they are never called upon to provide security. European nations and other developed powers have been content to sit back and allow a uni-polar world determined by the US – and allowed a world where we still cannot muster a small force, collectively, to protect an endangered minority.

Regions have built alliances, countries are hell bent on proving their dominance in space, AI, and climate change. It should have been anticipated that there would be a time when a US President would go rogue or the US would not deliver on its commitments, or just grow more isolationist – whatever one may think of the wisdom of those actions. Yet while emerging powers have demanded greater importance, they are never called upon to provide security. European nations and other developed powers have been content to sit back and allow a uni-polar world determined by the US – and allowed a world where we still cannot muster a small force, collectively, to protect an endangered minority.

We should have all seen this coming. The desired response to the criticism of US interventionism which would seek lesser projection of US military power should have factored in the power vacuum and the resulting danger. We, all of us, who ask ‘what is the West doing?’, or ‘how dare Trump?’ are also complicit in this because we made the safety of oppressed groups a problem to be solved by the US, and barely pushed for a coordinated international response. Our rhetoric is still underlined by the assumption that its the US / West’s ‘job’ – and with the US withdrawing, other countries have no plan B. Developing countries should take more of an effort in international crises, to restore a balance of power. In a time when they demand more respect and recognition on the international stage with their growing economies and maturing political apparatus, civilian activism should also hold them accountable for taking an active part in maintaining peace and security. We are all too often glad to highlight emerging powers when they challenge western hegemony, too rarely do activists or media demand they step up and do their share in keeping genocidal intentions in check. The humanitarian crisis that will now unfold with the Kurds is not unprecedented, nor is it even particularly surprising. But the world cannot and should not rely on the US or the ‘West’ leading on peace and security and protection of endangered minorities like the Kurds – nor should the human rights and international community focus their criticism on them.

Will the Kurdish crisis force the world to seek an alternative to the current framework that always ends in a gridlock with the super-powers utilizing their veto to maintain a stand-off while people die in pursuit of their ‘strategic interests’? Will we limit ourselves to weak attempts at ‘reforming’ the Security Council while adding more members to Permanent status who will undoubtedly weaponize the veto power for their gain? Or will the international community and civil society force a reckoning that the post-war structure paying obeisance to the five largest powers stymies any attempt at meaningful protection of human lives, and attempt to build a more balanced, multi-polar international structure where all significant powers and alliances are called upon to prevent genocide and annihilation of a people? 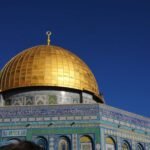 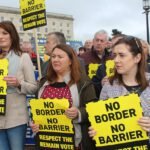 The Consequences of a No-Deal: The Irish Border