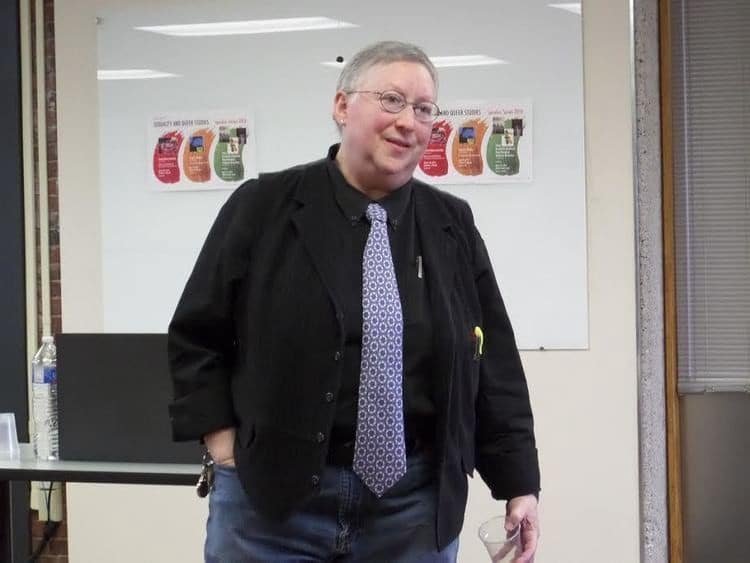 Gayle Rubin, an influential founder of Queer Theory, believed paedophilia was a sexual orientation. Dr Em was banned from Medium. We rehost her works here.

Part I is available here:
https://uncommongroundmedia.com/the-trojan-unicorn-queer-theory-and-paedophilia-part-i-%ef%bb%bf-dr-em/

The cultural anthropologist Gayle Rubin is thought of as one of the core theorists of queer theory, and like Foucault before her she made the case for the legalisation and acceptance of paedophilia arguing on the grounds of child consent. The University of Pittsburgh has declared that ‘Few thinkers have been as influential to feminist theory, gay and lesbian studies, and queer theory, as Gayle Rubin’ and that ‘in the late 1970s, she was perhaps the first to notice the importance of Michel Foucault’s History of Sexuality, which one decade later would arguably be the most influential work on early queer theory’.[efn_note]Reading Group: Gayle Rubin Flyer 2017, Gender, Sexuality, & Women’s Studies Program, University of Pittsburgh http://www.gsws.pitt.edu/events/reading-group-gayle-rubin[Accessed 25/04/2019].[/efn_note] The University Library of Illinois posited that ‘Gayle Rubin’s essay “Thinking Sex” is often identified as one of the fundamental texts, and it continues Foucault’s rejection of biological explanations of sexuality by thinking about the way that sexual identities as well as behaviours are hierarchically organized through systems of sexual classifications’.[efn_note]‘Queer Theory: Background’, Illinois University Library (Sep 18, 2018), https://guides.library.illinois.edu/queertheory/background.[/efn_note] Along with Foucault, Rubin took a constructionist approach to sexuality. The constructionist approach has been useful in radical feminist critiques of heteronormative sexuality — the notion that normal sex is when the man is dominant and the woman submissive. It has also effectively buttressed critiques of heterosexual relationships being used as the standard and by which gay and lesbian relationships have been pushed to the deviant margins. So there is a lot of good in a constructionist approach. However, this is overshadowed by Rubin’s support of paedophilia. Rubin posited that ‘the notion that sex per se is harmful to the young has been chiselled into extensive social and legal structures designed to insulate minors from sexual knowledge and experience’.[efn_note]
G. S. Rubin, ‘Thinking Sex: Notes for a Radical Theory of the Politics of Sexuality’, in: R. G. Parker & P. Aggleton (eds.), Culture, Society and Sexuality: A Reader (Psychology Press, 1999), p. 144.[/efn_note] Rubin is not celebrating the slow enactment of laws designed to protect children from sexual abuse, she is decrying them. Similar to Hocquenghem in conversation with Foucault, Rubin argued for the legalisation of child abuse imagery. She asserted that ‘although the Supreme Court has also ruled that it is a constitutional right to possess obscene material for private use, some child pornography laws prohibit even the private possession of any sexual material involving minors’.[efn_note]
ibid. p. 146.[/efn_note] According to Rubin, restricting child pornography is actually an attack on sexual civil liberties. Rubin claimed that ‘the laws produced by the child porn panic are ill-conceived and misdirected. They represent far reaching alterations in the regulation of sexual behaviour and abrogate important sexual civil liberties’.[efn_note]ibid.[/efn_note] If sirens were not already blaring Rubin then supports NAMBLA describing how ‘hardly anyone noticed as [child sexual abuse legislation] swept through Congress and state legislatures. With the exception of the North American Man/Boy Love Association [‘boy-lovers’ also known as adult men who sexually abuse male children] and American Civil Liberties Union, no one raised a peep of protest’.[efn_note]ibid.[/efn_note] Could it be that there was not much opposition to the laws other than from paedophiles because most people think child abuse is wrong? The fact that the majority of people and state legislators position the sexual abuse of children as wrong means that postmodernism and queer theory will champion it. The driving force of the philosophy is the challenge to social norms which are framed as bad because they are norms and the liberating of that which is considered a deviant sexuality.

Sexualities keep marching out of the Diagnostic and Statistical Manual and on to the pages of social history. At present, several other groups are trying to emulate the successes of homosexuals. Bisexuals, sadomasochists individuals who prefer cross-generational encounters [Paedophiles], transsexuals, and transvestites are all in various states of community formation and identity acquisition.[efn_note]ibid. p. 156.[/efn_note]

Rubin’s work, a seminal piece for queer theory, underscores how there is an agenda. That line — ’sadomasochists individuals who prefer cross-general encounters’ — obscures the horror of what she wants to normalise, she is describing people who torture and sexually abuse children. Rubin continues to bemoan that ‘the law is especially ferocious in maintaining the boundary between childhood ‘innocence’ and ‘adult’ sexuality’.[efn_note]
ibid. p. 158.[/efn_note] One would have thought this was a positive thing, well not in queer theory. It should be noted how Rubin has put ‘innocence’ in inverted commas, this makes claim that children themselves are active and desiring of their own abuse. In this we might detect the ripples of Foucault’s thought. Finally Rubin denounces how ‘adults who deviate too much from conventional standards of sexual conduct are often denied contact with the young, even their own’.[efn_note]
ibid. p.159.[/efn_note] In other words, the legislation that prohibits paedophiles from working with children for example is oppressive State force according to queer theorists such as Rubin. That Rubin feels like this is unsurprising. The dismantling of laws and cultural norms which prohibit free sexual reign — such as paedophilia — and the removal of boundaries which restrict male sexual access is motivation of queer theory.

One queer theorist who was/is potentially placed on an even higher pedestal than Rubin by adherents to queer theory is Pat Califia, Rubin’s former lover. Professor of English at Cardiff University, Alassandra Tanesini, has outlined how ‘Butler 1990 and Sedgwick 2008 are often thought of as the founding statements in the field [of queer theory]’ but ‘equally important is Califia 2000, which offers a radical libertarian defence of sadomasochism, intergenerational sex, and pornography’.[efn_note] A. Tanesini, Feminism: Oxford Bibliographies Online Research Guide (Oxford, Oxford University Press, 2010), p.12[/efn_note] There it is, bold as brass, through the works of Califia sadomasochism, paedophilia and pornography are recognised as foundational to queer theory. It is of note that academics are aware that Califia promoted paedophilia but do not deem this a problem and continue to teach her/his works to students as a brave new way of thinking. Linda LeMoncheck is similarly laudatory recommending ‘For an excellent overview of the sex radical position on paedophilia, s/m, and other patterns of sexual difference, see Pat Califia ,Public Sex‘.[efn_note]
L. LeMoncheck, Loose Women, Lecherous Men: A Feminist Philosophy of Sex (Oxford, Oxford University Press, 1997), p. 239, fn. 90[/efn_note] So, on LeMoncheck’s advice, it is to Califia’s Public Sex which we now turn. 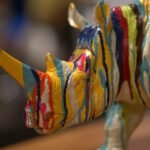 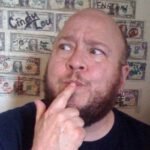